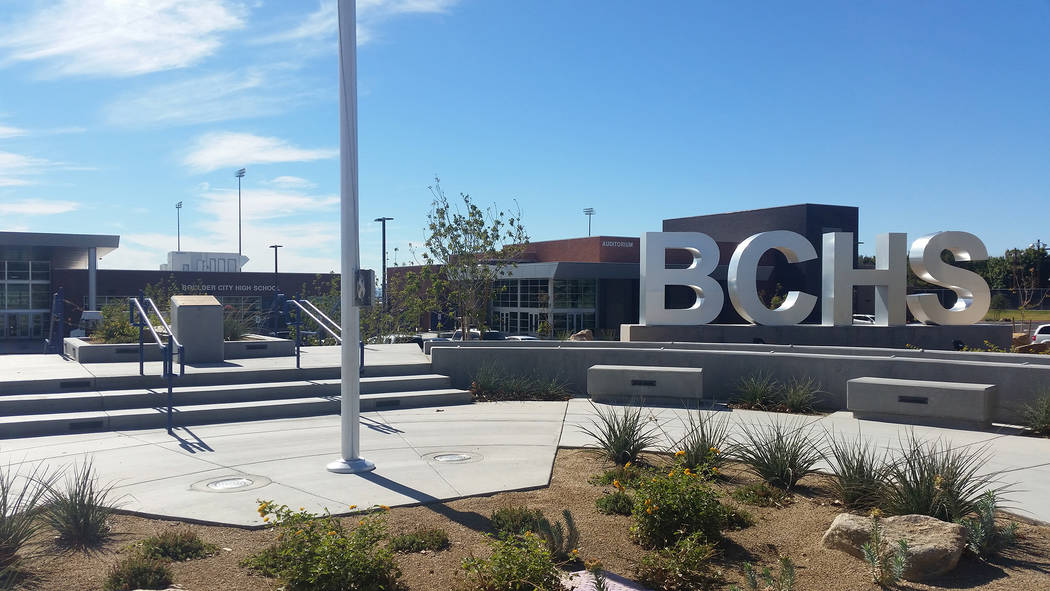 To discourage the presence of weapons on campus, the Clark County School District has instituted random searches of students at all of its middle and high schools, including those in Boulder City. The program comes after more than 10 instances in which students, including a 9-year-old, brought guns to school during the first few weeks of the school year.

The school district announced Friday, Oct. 19, that students will be searched randomly with hand-held metal detectors. CCSD Police officers will be at different campuses several times a week to help school administrators perform the searches.

BCHS and Garrett Junior High School are affected by the program.

“Periodic searches of random students is a strategy to increase school safety and to communicate to our students that we will not tolerate weapons on campus,” said Amy Wagner, principal of Boulder City High School. “Safety is a top priority and procedures will be designed to work as quickly as possible in order to protect instructional time.”

Garrett Principal Jamey Hood said she was told schools would be notified the day before and then searches would be conducted by school staff with CCSD Police if anything is suspicious or found on the student.

By mid-September, there had been 11 instances in which students brought a gun to school, including a Sept. 11 incident at Canyon Springs High School in which a student was shot and killed.

According to the news release, the searches will happen when students come onto the campuses, as well as randomly in classrooms. The district said this strategy is used by other districts to improve student safety. To make sure the searches are random, a computer program will determine who will be searched.

“CCSD will notify me if or when my school has been selected for a random search and how they want me to carry it out,” Wagner said.

The district said the computer program is a key to prevent profiling and let the students to know they may be searched at any time. Additionally, it will serve as a reminder to students and the community that weapons will not be tolerated on campus. If one of these basic searches indicates a student needs more screening, a same-gender staff member will conduct that search, like a pat-down. To ensure privacy, only the searcher, a witness and the student will be present for additional screening.

“I promised this community several weeks ago that I would take action, and this is one step we can take to ensure our students will be more safe tomorrow than they are today,” said CCSD Superintendent Jesus F. Jara at the conference Friday. “No school system can fix a problem that exists nationally. It requires the attention of our entire community.”

CCSD Police Chief Jim Ketsaa said the goal has always been prevention and to develop relationships so that situations are discovered before they become potential problems.

“In addition to these new procedures, we encourage students to report any rumors of weapons, potential fights and other safety concerns to school police or to the SafeVoice NV app.”

He also asked parents to secure any weapons at home to prevent them from getting into the wrong hands and to check their children’s backpacks before they leave for school.

Jara has set up a group of principals, police officers, community leaders and others to present more recommendations about improving school safety to the Board of Trustees by Dec. 1.