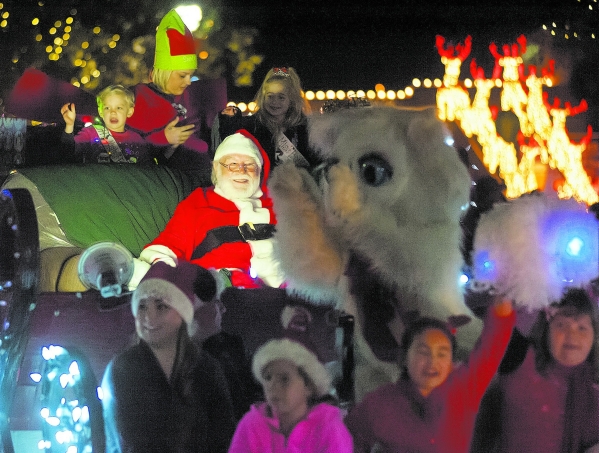 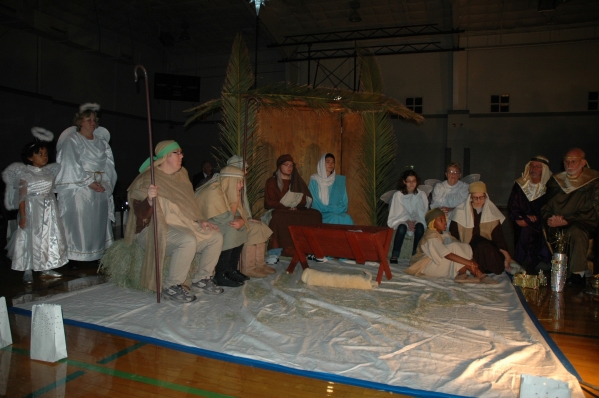 ‘Tis the season for unbuttoning the top button at the dinner table after scarfing down that third slice of pumpkin pie, changing into sweatpants before the sun sets and soaking in every second of laziness by repeating the word “tomorrow” over and over again.

Holidays are made for three things: family, food and fun — and the latter kicks off tonight in Boulder City.

At 6 p.m. stroll over to the recreation center and listen to local school choirs and singers as they present Los Posadas, a recollection of the birth of Jesus Christ. The event is free and hot chocolate will top off the holiday kickoff event.

Johnson said donations are not required, but are welcomed. They will go toward the church’s youth program. Donations of canned goods are being sought, with those donations going to the pantry at the Senior Center of Boulder City.

Things pick up heading into the weekend with the tree-lighting ceremony at 6 p.m. Friday at Frank Crowe Park on Nevada Way.

“This event is where we really welcome in the holiday season in Boulder City,” said Jill Rowland-Lagan, CEO of the Chamber of Commerce, which presents the tree-lighting ceremony.

Rowland-Lagan encouraged residents of Boulder City to come out and enjoy live entertainment, an appearance from Santa Claus, and more free hot chocolate. Jingle Cat will then light the tree with her magic wand to signify the holiday spirit is upon the city.

Santa’s Picture Party will have a few new inclusions this year when kids show up to the old gymnasium at the Parks and Recreation Department on Saturday.

Rowland-Lagan said kids will be handed goody bags that include coloring books sponsored by local businesses. The kids are urged to do their best, as some will be placed in the windows of businesses inside the book.

The city has also collaborated with the Boulder City Art Guild for this event, according to Rowland-Lagan. The guild painted a 20-by-40-foot backdrop for the picture party that will be reused each year.

Parents are allowed to take their own pictures, but there will be a professional photographer available at the event, which runs from 10 a.m to 1 p.m.

The crowning moment of the fun-filled holiday weekend is without question Santa’s Electric Night Parade, which will feature between 80 and 100 floats, according to Rowland-Lagan.

The 44th annual parade will kick off at 4:30 p.m. Saturday at the corner of Nevada Way and Colorado Street and make its way through the historic district of downtown Boulder City.

The grand marshal for this year’s event is the Boulder City Police Department, according to Rowland-Lagan.

“This is our way to say ‘Thank you,’ ” Rowland-Lagan said. “They do so much for us, so we wanted to thank our public safety officers.”

The CEO said she expects about 5,000 people to show up to the parade, so arriving early to claim a spot along the route is advised.

The parade will be broadcast on Cox Cable channel 96 nightly Dec. 11-26, Rowland-Lagan said.

Maria Silva and Dave Hall of KVVU-TV, Fox 5 Vegas will be the broadcast anchors on the event while Mike Pacini and Rowland-Lagan will announce the event at the main station located in front of Milo’s Cellar, 538 Nevada Way.

Three to five prizes will be given away to the top entries this year, with the top three prizes announced on Facebook.

Several athletes from the Special Olympics team of Southern Nevada will walk in the parade this year to raise awareness of those with intellectual disabilities. Steve Cabrales, development director of Special Olympics Nevada, said athletes will be from Las Vegas, Henderson and Boulder City.

“We want to spread the word and get more people with intellectual disabilities involved in the program and with sports,” Cabrales said. “Southern Nevada Special Olympics team has two goals: to raise money for the Special Olympics and to raise awareness by saying you may have a disability, but you can be successful.”

Other events happening around town on Saturday will be the Doodlebug Bazaar from 9 a.m. to 4 p.m. at the Recreation Center gyms, the Parade of Lights at Lake Mead Marina at 6:30 p.m., and holiday train rides at Nevada Southern Railway from 10 a.m. to 2, 6 and 8 p.m.

“This is a great way to for Boulder City to be spotlighted,” said Rowland-Lagan. “People get to see what a hometown Christmas really looks like.”

What: Luminaria and Los Posadas

What: The Pajama Train

What: Parade of Lights

What: Night of Lights