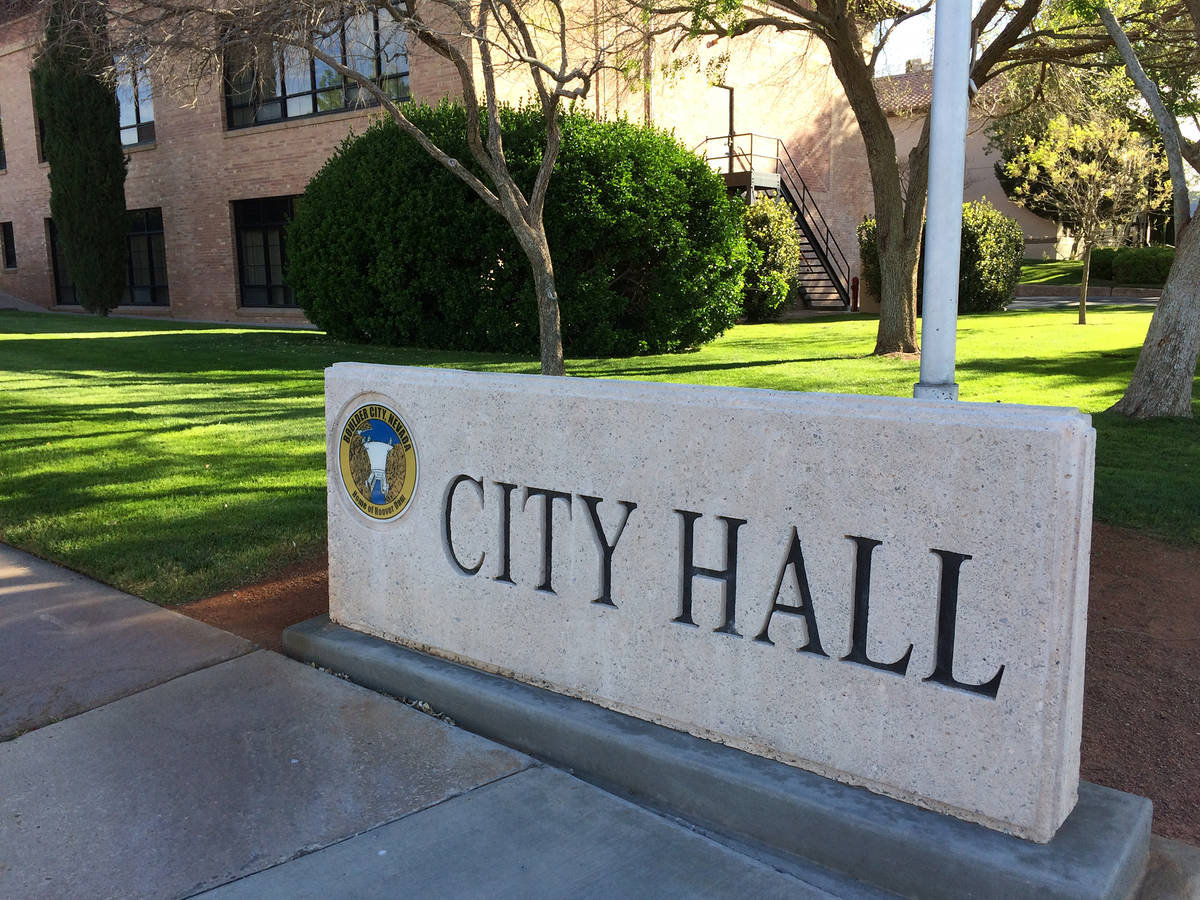 City Council approved a salary range and compensation package at its Jan. 12 meeting to help in its search for a new city manager and city attorney.

The amounts will be given GovHR USA, the firm handling the recruitment, to use in its materials.

“For development of the brochure, they would like to have some initial numbers out there to be able to attract an applicant,” said Councilwoman Tracy Folda.

“What I recommend is removing the last city attorney, last city manager’s salary,” she said. “As you can see they were very much above and beyond what previously had been given to people with years of experience before them. It kind of throws off the numbers we are looking at.”

Folda said the proposed ranges were in line with cities such as Fernley, Mesquite and Yerington, which have a similar population.

Councilwoman Claudia Bridges said she agreed with those salary ranges even though some of the cities were more rural than Boulder City.

“I can agree with those salary numbers you came up with,” she said.

Councilman James Howard Adams also said he agreed with them.

For the city attorney, the necessary experience is laid out in the city charter and requires a person to be “an attorney at law, admitted to practice before the Supreme Court of the state of Nevada, who has been in actual practice of law in the state of Nevada for at least three years preceding his or her appointment. If practicable, the council shall appoint an attorney who has had special training or experience in municipal corporation law.”

The city also provides health, dental and vision insurance and pays 100 percent of the premiums.

Folda said neither of those were included in the compensation because the city manager and city attorney would have access to city vehicles or could be reimbursed for mileage if using their own vehicle. They would also have use of a city cellphone.

“I don’t think at that pay a car allowance is necessary, but I think this is in line with what should be expected or what someone should expect if they’re looking to put themselves in this position,” Adams said.

The other members agreed and approved in a 4-0 vote to have Administrative Services Officer Bryce Boldt give this information to GovHR USA.