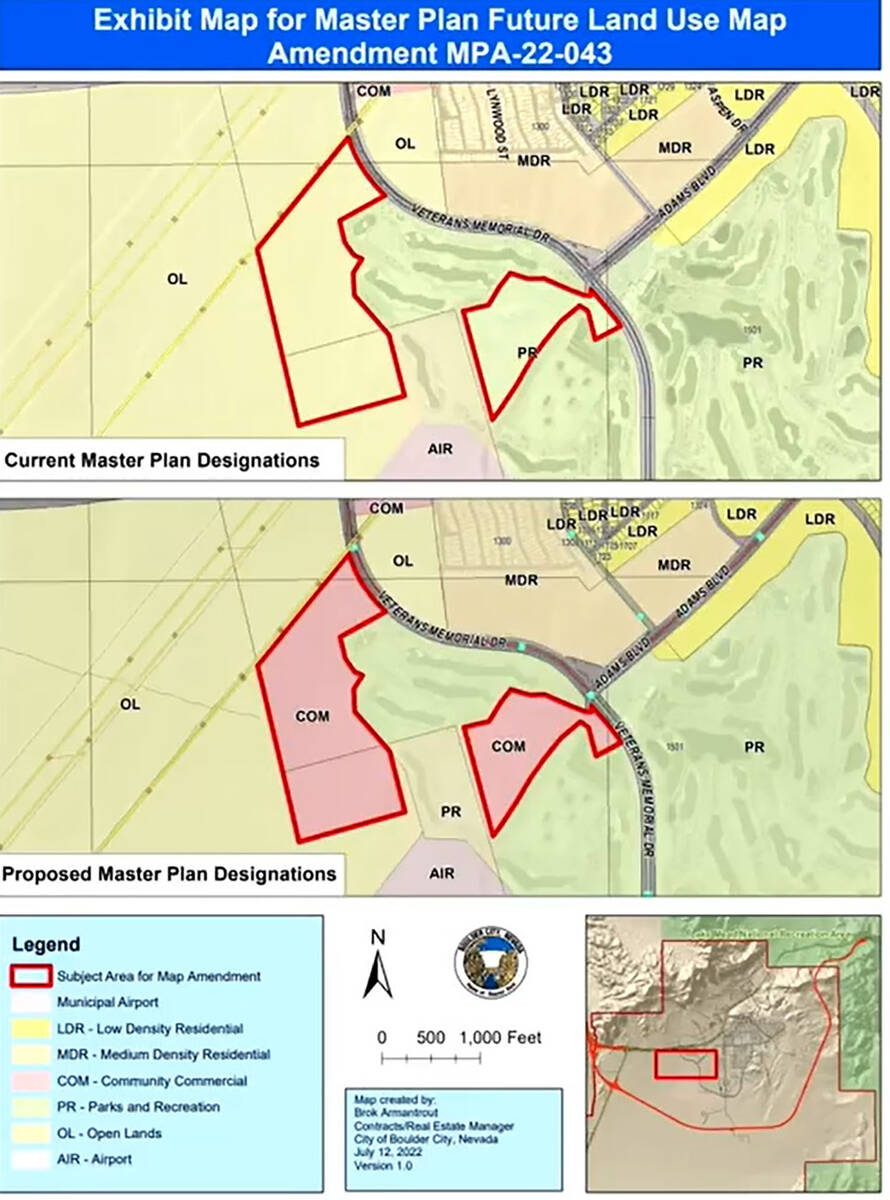 Commissioners Nate Lasoff, Lorene Krumm and Paul Matuska voted for the approval, and Ernest Biacsi and Beth Bonnar voted against it.

The 74-acre parcel for the RV park is west of Adams Boulevard and Veterans Memorial Drive. Elite RV would lease the land from the city.

If approved by the City Council, the land’s zoning will change from open lands to parks and recreation and community commercial.

As is the case lately, water was one of the biggest concerns brought up. Frank Manzullo of Elite RV assured commissioners that they would be using less than half of 1 percent of the city’s water.

“We want to be good stewards,” said Manzullo.

The concerns about water were brought up in a different light when members Lasoff, Krumm and Bonnar reminded the commission of the exact location of the proposed RV park: in the “golfing area” adjacent to Boulder Creek Golf Club and Boulder City Golf Course.

Commissioners mentioned that if the water crisis leads to these golf courses closing, the city would be left with a commercial zone in a sparsely populated area of town.

“I think it is going to do wonders, as long as we have water,” said Lasoff.

Bonnar said that she thought the project was nice but that the commission needed to draw the line somewhere when it comes to water usage.

“At some point, we have to make a stand on the water issue, and overall I think where I am stuck with this and why I am not going to vote in favor of this, you are asking us to take open lands and change them to commercial, and that is where I get hung up on things,” said Bonnar, who then received a round of applause from the audience.

Approval of the development now shifts to City Council, which has no set date to consider the matter.