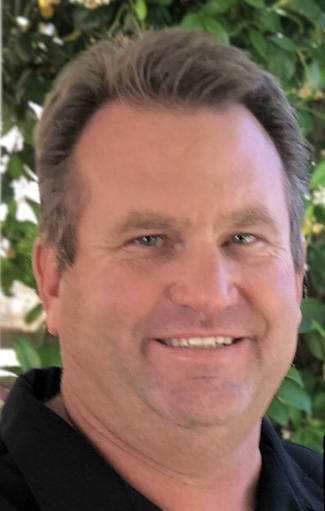 Boulder City’s newest planning commissioner is looking forward to giving back to the town.

Steve Rudd was appointed by City Council on Dec. 11 to fill the seat left by longtime Commissioner Jim Giannosa, who did not seek reappointment when his term ended in December.

“I just wanted to be a part of the community and give back as much as I can,” Rudd said.

After his appointment, he told council that through his job as director of construction for FirstKey Homes, a national rental home company, he is involved with hundreds of home remodel projects per month nationwide as well as the permitting process.

“I’m involved in the permitting so I have a broad knowledge across the nation of what other communities are doing, and I hope I can bring that to Boulder City to help our community members improve their property,” he told council members.

“The work of the planning commission provides a vital function for our organization,” said City Manager Al Noyola. “There were several well-qualified candidates for this role, but with more than two decades in the construction industry, Steve Rudd should be a great fit. I look forward to him joining the commission.”

Rudd has lived in town for a combined total of 13 years. He said he first moved to Boulder City in 1993 and stayed for six years. He then moved to Reno before moving back to town in 2012. He said he found out about the opening on the commission from Commissioner Nate Lasoff.

“I’m just looking forward to being in the community and a part of the process involved making it a better place,” he said. “I want to be involved with it because I love it so much.”

Rudd is married with a son and a daughter. His son graduated from Boulder City High School in 2015 and his daughter is a junior at the school.

When he isn’t working, Rudd drives off-road race cars. In 2017, he was a driver for Fines Double Racing team and helped it win first place in Class 3000 at the SCORE Baja 1000 in Baja California, Mexico.

Rudd said he is getting ready for the National Off Road Racing Association Mexican 1000, a four-day off-road race in Baja California.