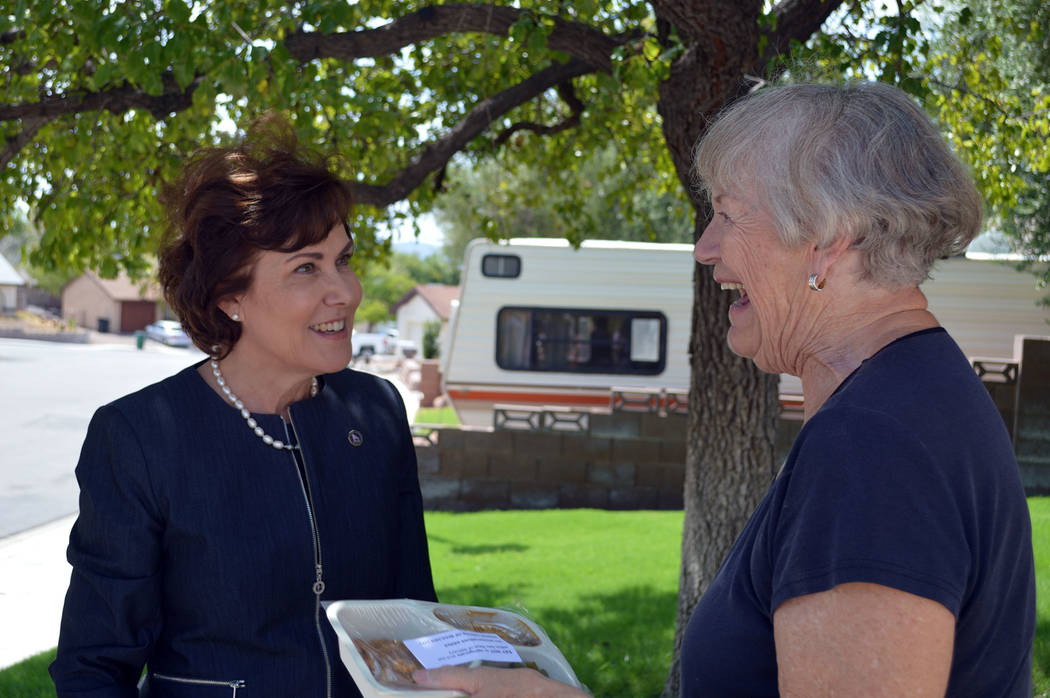 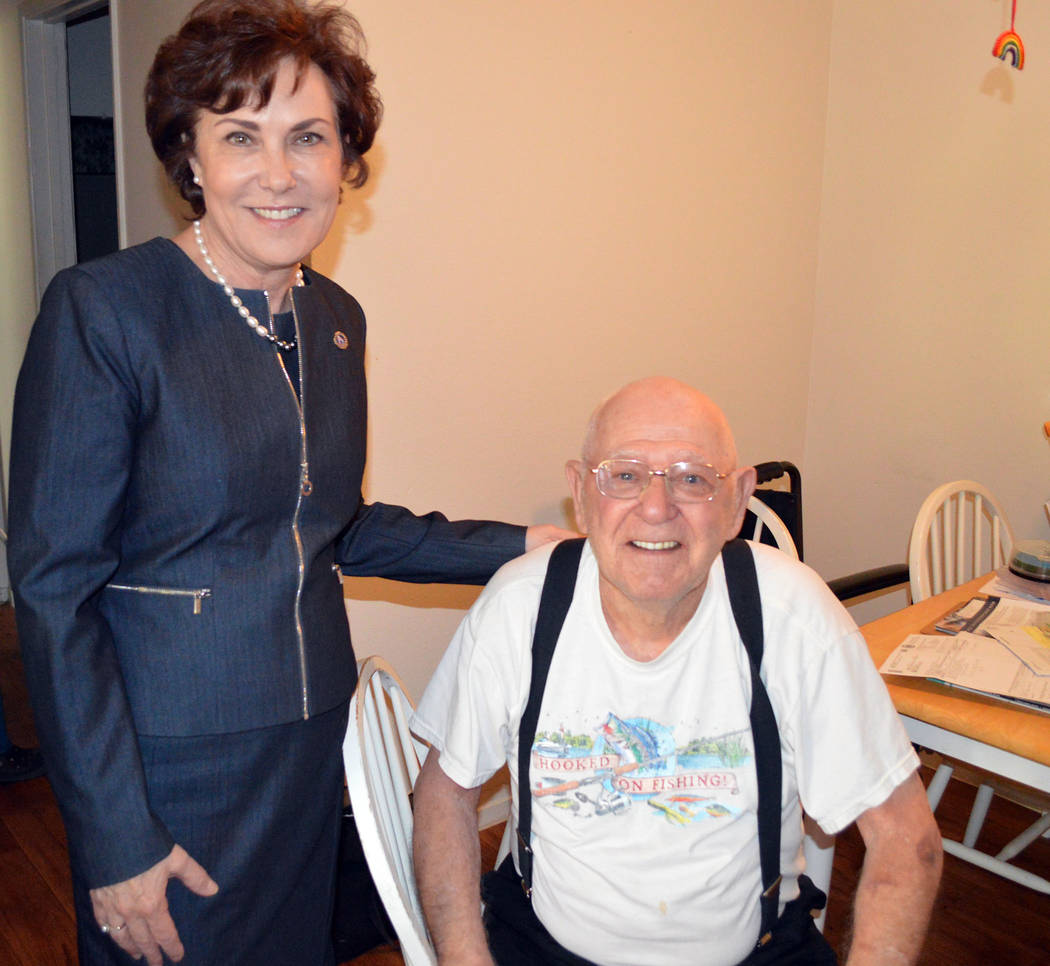 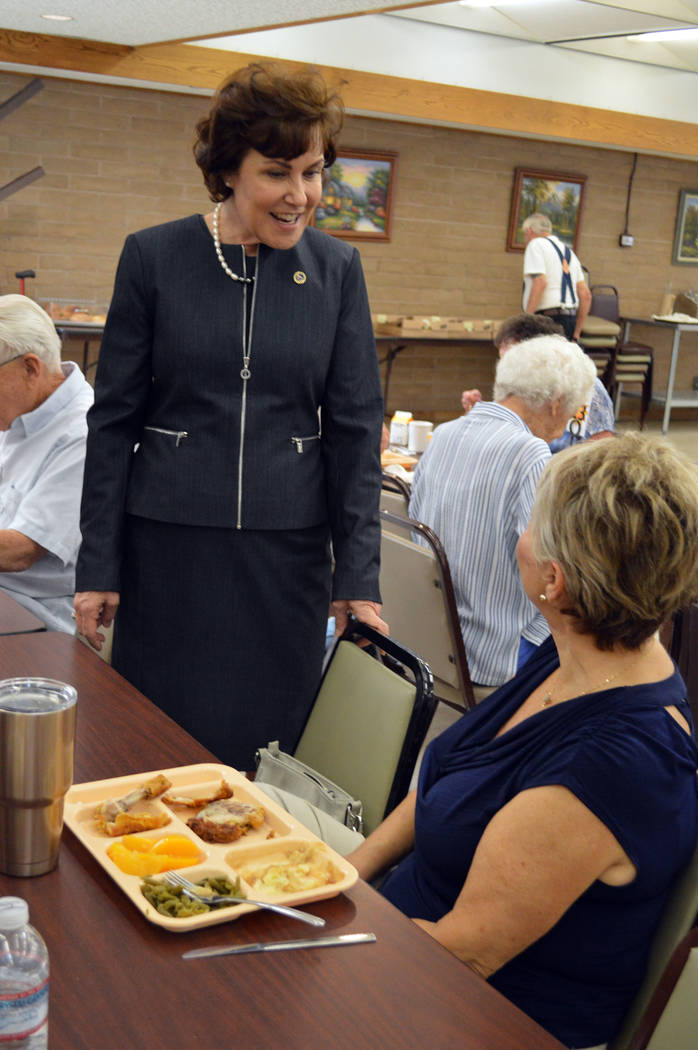 U.S. Rep. Jacky Rosen, D-Nev., helped deliver food to Boulder City residents through the Meals on Wheels program Aug. 16 to show the importance of the organization and what it does for the community.

“It’s more than just food. It’s community. It’s connection,” she said. “Who are we if we don’t take care of our children and our elderly? … There are real people behind everything we do. It’s so important to keep these programs.”

Rosen said she is committed to keep fighting in Washington for Meals on Wheels to be funded.

Her parents and in-laws used the service when they were near the end of their lives, she said.

“It’s tough,” she said. “You know the person they were when they were us. … It’s emotional because you realize for a lot of these people, it’s everything.”

During the visits, Rosen chatted with people about their lives, their families and how long they’d been in Boulder City. After the deliveries, she visited with those having lunch at the Senior Center of Boulder City.

“A measure of a society is how well they take care of everyone,” she said. “It’s one example of how a community comes together.”

Victoria Mason, director of the senior center, said the national Meals on Wheels organization reached out to her about Rosen helping deliver food in Boulder City.

“The fact that she would be interested enough to see those dollars and the need for them is huge,” she said. “She can go back (to Washington) and say Nevada needs the money.”

Last year, nearly 24,000 Nevadans were served meals through the program or at a senior center.