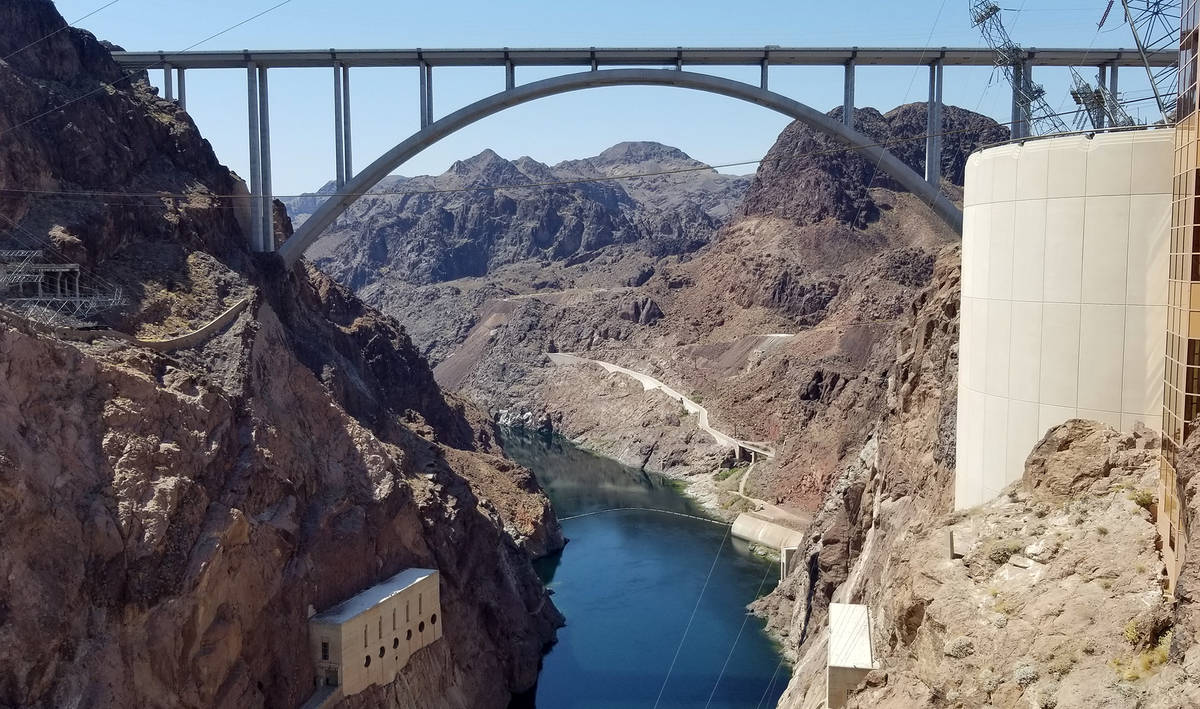 Celia Shortt Goodyear/Boulder City Review The Bureau of Reclamation is expecting an increased risk of potential water shortages for the Colorado River Basin in the next five years, according to new modeling results released this week.

On Tuesday, the bureau released modeling results for river operations that showed continued drought and an increased chance of potential water shortages through 2025.

“These projections just came out today, and this is something we continue to look at as we’re looking forward. … I would say in plain terms what we’re trying to say is, ‘We are gathering the building blocks,’” said Bureau of Reclamation Commissioner Brenda Burman. “We are gathering the best information out there. There is uncertainty and risk on the horizon, but the policy decisions we’re making have been made to address that risk.”

According to the results, Lake Mead and Lake Powell have a 12 percent higher risk of falling to critically low levels by 2025. This increased risk is due to a below average runoff this year. Additionally, there is an increased chance of a shortage in the Lower Basin due to expected dry conditions.

To combat those issues, Bureau of Reclamation officials are focusing on conservation efforts and the current drought contingency plan.

“It’s our job now to implement them,” Burman said.

Terry Fulp, director of the bureau’s lower Colorado region, said they have “good programs in place” and will act “accordingly” to handle what could come in the next five years.

He also praised all the bureau’s conservation efforts and said there had been some in place before the drought contingency plan took effect.

According to the bureau, the Colorado River Basin is in its 21st year of an extended drought. The Colorado River Simulation System modeling results, released at least three times per year, provide water managers with information needed to plan accordingly for the future.

The projections can be found at https://www.usbr.gov/lc/region/g4000/riverops/coriver-projections.html.