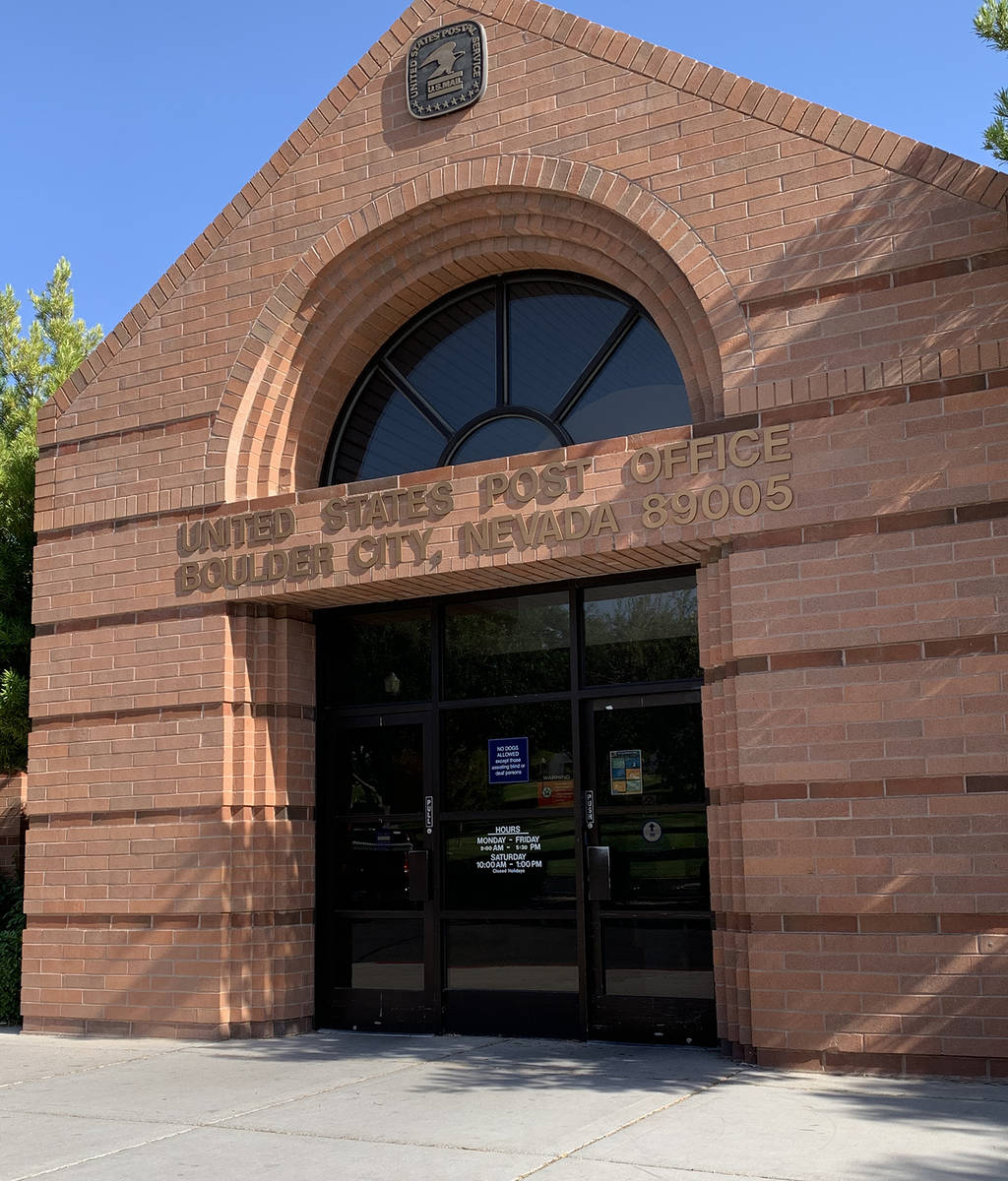 (Hali Bernstein Saylor/Boulder City Review) United States Postal Service officials have determined the doors to the Boulder City post office meet standards and there are not enough funds to install power-assisted doors. Members of Nevadans for the Common Good have spent two years seeking to replace the doors.

Two years of hard work, 1,500 signatures and countless phone calls later and the Nevadans for the Common Good are no closer to getting power-assisted doors installed at the Boulder City Post Office than they were when they started calling for a change.

Despite their efforts, the United States Postal Service has determined that the entry doors to the post office meet all standards and do not need to be changed.

They will, however, check to make sure the doors are functioning properly.

“At this point, we are happy they are at least addressing the doors and checking to see that they meet current standards,” said Barbara Paulsen, a volunteer leader with the Boulder City cluster.

Paulsen said the nonprofit coalition of community-based groups and religious organizations, spent about two years trying to get automatic doors installed, working on the local, regional and national levels as well as calling on Rep. Susie Lee, who intervened on its behalf.

“We appreciate all of the hard work the community did on our effort,” said Paulsen, who also is a volunteer leader in the Las Vegas area and for the state.

In January, the Nevadans for the Common Good circulated a petition around town and collected signatures in front of Boulder Dam Credit Union to encourage the postal service to install power-assisted doors. About 1,500 Boulder City residents signed the group’s petition.

In their complaint to the postal service, Nevadans for the Common Good alleged the building’s two sets of entry doors do not meet the doors in series requirement and that they are difficult to open.

When looking into the complaint, the postal service determined the doors were built to standards but acknowledged that there may be some validity to the claim that they are hard to open. As a result, a contractor will be sent to inspect them and make any necessary repairs by July 31, according to a letter sent to the group by Paul Beatty of the compliance and enforcement section of the Office of the General Counsel for the U.S. Access Board.

Anthony Prisco, manager for the Postal Service’s consumer relations field operations office, said power-assisted doors were not required by either the Architectural Barriers Act of 1968 or the Americans with Disabilities Act of 1990.

Additionally, he cited the postal service’s budgetary constraints that “does not allow us the flexibility to pursue the installation of power-assisted (doors) at our Boulder City location.”