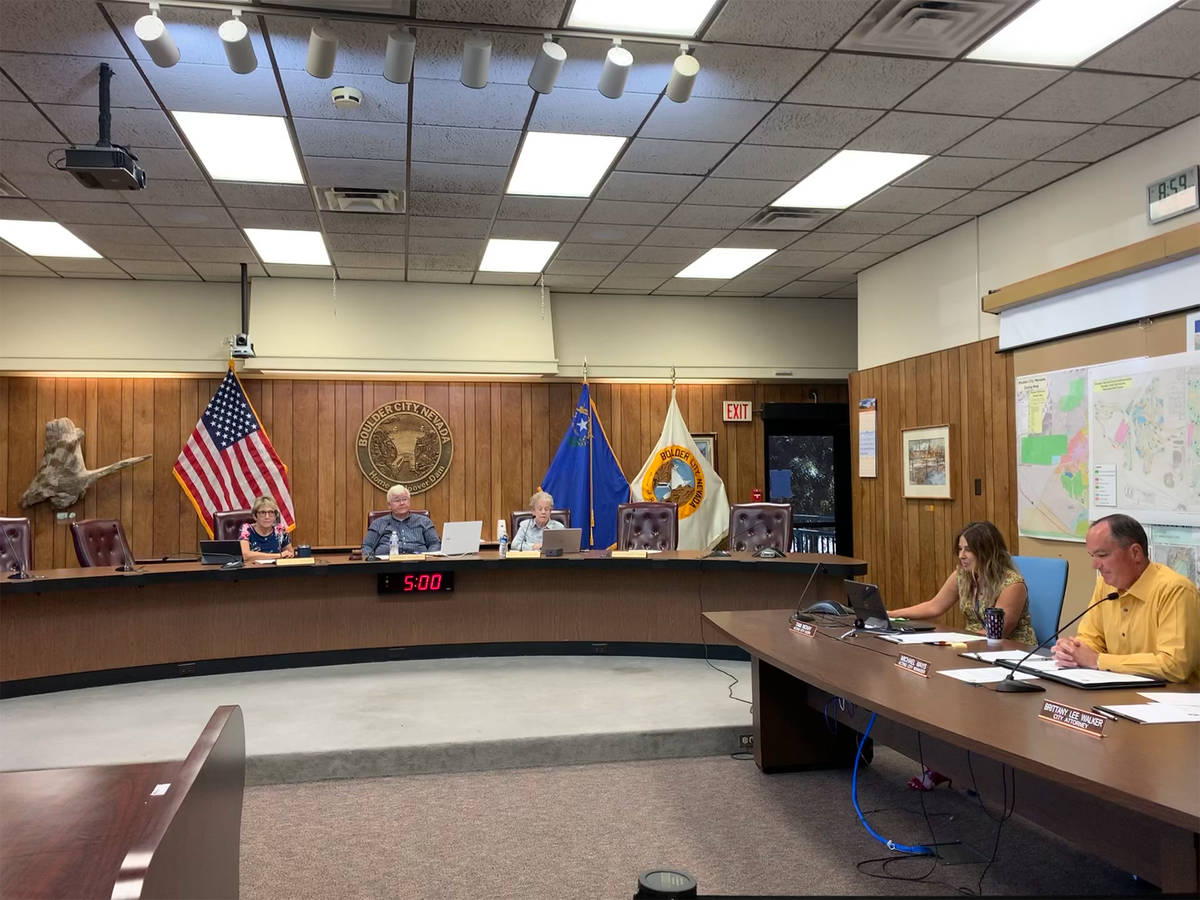 (Hali Bernstein Saylor/Boulder City Review) Council chambers inside City Hall will undergo renovations. Among the changes planned is creating a hallway that will allow access to the building from the door, at right in back, without disturbing the meeting, such as the special City Council session Monday, June 28. 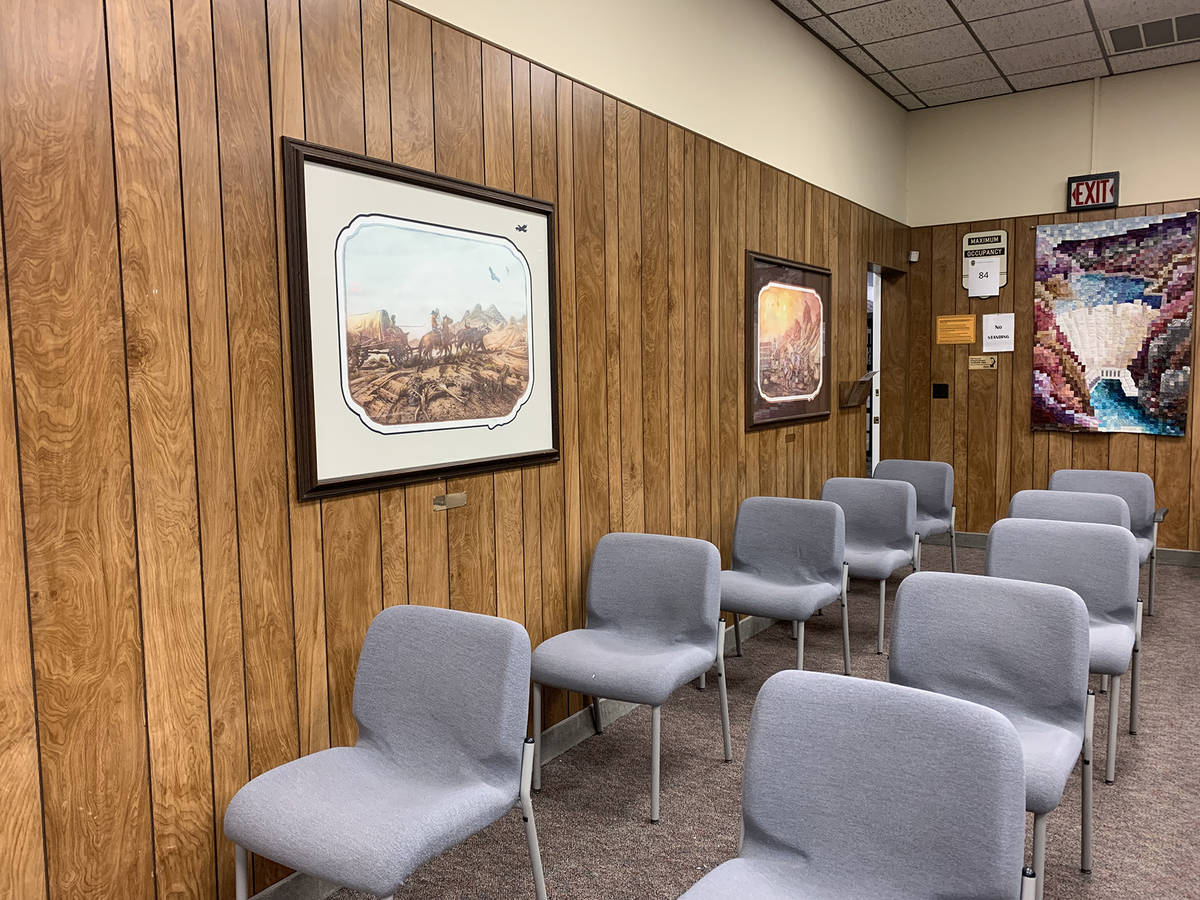 (Hali Bernstein Saylor/Boulder City Review) The wood paneling inside the council chambers in City Hall, as seen Monday, June 28, will be replaced with drywall to help give the room a more modern look as part of a months-long renovation project that will begin this month.

Council chambers in City Hall are going to be renovated to make the area more accessible for people with disabilities.

Recently, City Council approved a project in the five-year capital improvement plan to renovate the area. The project will begin sometime this month.

“We are working on making City Hall more accessible for people with disabilities,” said Communications Manager Lisa LaPlante. “This will include creating a closed doorway along the east interior wall of council chambers that will allow people to utilize the wheelchair ramp during meetings.”

Currently, the only entrance that is wheelchair accessible is behind the council members’ seats.

“The north entry doorway has presented ADA (Americans with Disabilities Act) issues, safety issues and its use has interrupted meetings in the past,” said LaPlante. “Outside City Hall, curb cutting, additional parking spots, ramp installations and concrete removal and replacements will improve ADA access for residents.”

“The whole building has been struggling with ADA access,” he said.

He said the new doorway would lead to a hallway so that people could use the entrance and come into the building and then council chambers without disturbing the meeting. The council seating would stay in the same area.

“We also plan to modernize the interior of council chambers by updating lighting for more energy-efficient lights, as well as removing the wood paneling inside chambers and replacing it with drywall,” said LaPlante.

She said there is $155,000 available in the acquisitions and improvements fund for the project.

“Work begins next month, but the entire project could last into the fall,” she added.

When the program was approved for the capital improvement plan, all the council members supported making the building more ADA accessible.

“Accessibility in this room has to be addressed,” said Councilman James Howard Adams.

“This building was built in the 1930s,” said Mayor Kiernan McManus. “It’s a magnificent building but needs change over that period of time.”