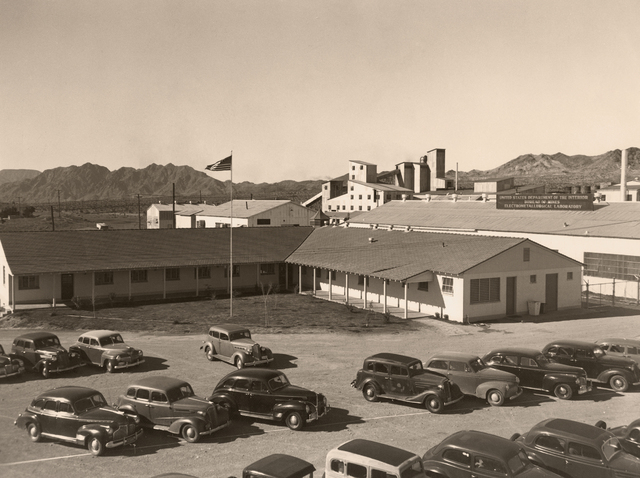 Boulder City is home to some of the most historically enriched buildings in the Southwest, making it a cultural benchmark for other older cities.

Preserve Nevada, a statewide nonprofit organization dedicated to preserving Nevada’s cultural, historical and archaeological heritage, recently recognized the 100 and 200 buildings of the U.S. Bureau of Reclamation campus and the Boulder Dam Hotel on its list of the state’s 150 most historical buildings.

The biannual list was broken into three categories that labeled each site a preservation success, endangered location or loss. The 100 and 200 buildings and the Boulder Dam Hotel were deemed successes, meaning they have been preserved, along with 95 other buildings.

The 200 building was built in 1931 by Six Cos. Inc. and was purchased by the U.S. Bureau of Mines in 1936, which used the Date Street complex to test methods of recovery and process low-grade minerals located within a 200-mile radius of the Hoover Dam area, according to the Library of Congress.

The 100 building came a few years later, but its architect had a big impact on Boulder City.

“The 100 building is really important because it was built by Paul Webb, who also built the Boulder Dam Hotel, the Department of Water and Power, as well as other houses in Boulder City,” said Dennis McBride, director of the Nevada State Museum in Las Vegas.

Both buildings were imperative to the success of the Bureau of Mines, which expanded heavily during World War II. In a 1955 report, the Boulder City campus was producing as much as 1,500 pounds of titanium every day.

The Bureau of Reclamation took title to the property in 1985, and the Bureau of Mines was abolished 11 years later, leaving its responsibilities to be dispersed within other federal departments.

In 1983, the two buildings were nominated to become part of the Boulder City Historic District, and in 2011, they underwent an extreme renovation that helped keep the memories they created alive, a main reason they made the Preserve Nevada list.

“We wanted to acknowledge the effort and the understanding that historic preservation is not about beauty, but historic significance,” Preserve Nevada Director Andy Kirk said. “These two practical buildings are very historically significant, and their preservation was an important contribution to the preservation of the history of Southern Nevada.”

The Boulder Dam Hotel, one of the oldest and most notable landmarks in town, also found itself on Preserve Nevada’s 150 list for the right reasons.

The hotel prospered when it opened in 1933, but it had become a failing enterprise for many years, said Bret Runion, president of the historical association for the Boulder City/Hoover Dam Museum, which owns and operates the hotel.

Long since its glory days when celebrities like Bette Davis, Will Rogers and Howard Hughes stayed there, the hotel suffered serious financial woes that nearly eclipsed $1 million, leaving its future clouded with uncertainty.

“A group of people in Boulder City got together and realized the hotel was a very important part of our history,” he said. “Most people would agree that it’s the cultural hub of our community, and there’s nothing else quite like it.”

Runion said the next project is working on even more preservation and maintenance since the building had been in what he called “survival mode” for the past 15 years. He knows there is still work to be done, but is humble that the hotel made the Preserve Nevada list.

“The city of Boulder City and the people of Boulder City did a lot of volunteer hours to bring the property back to life,” he said. “It brings a real sense of pride knowing we helped to preserve that building.”