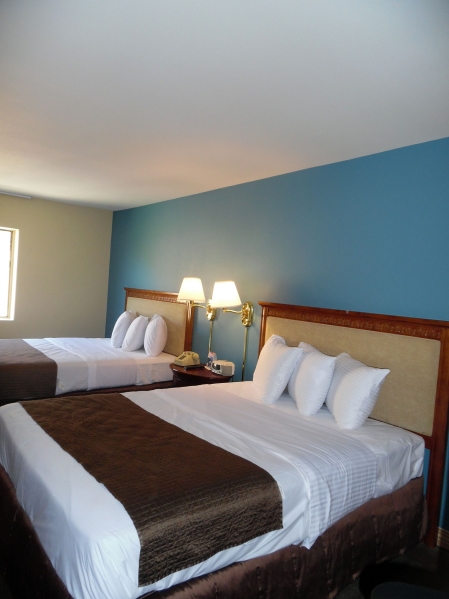 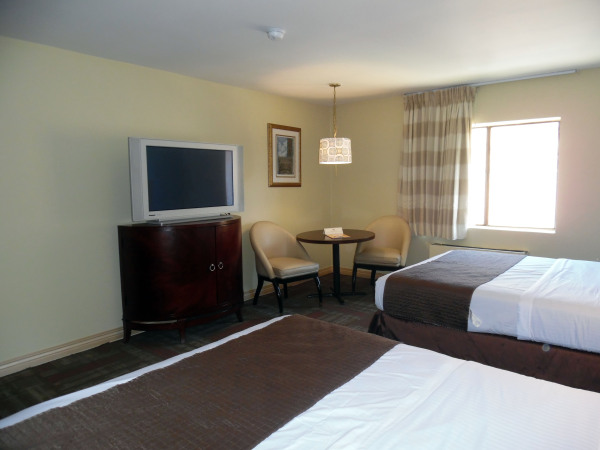 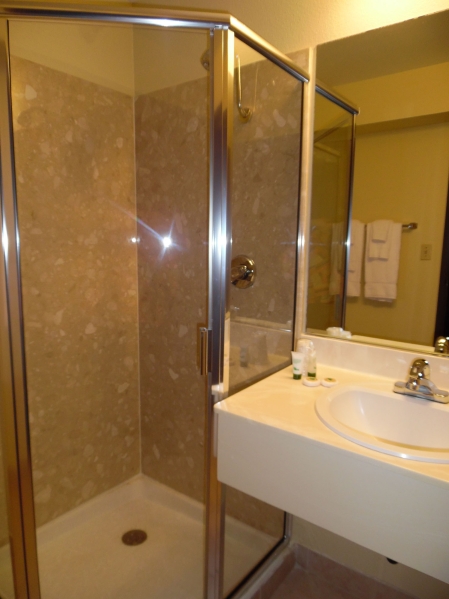 Though Railroad Pass casino and hotel’s roots are firmly in the past, its new owner has a clear vision for the future.

The casino, the state’s oldest continually operating gaming facility, will take on a fresh, modern look in the coming months.

After putting on a new roof and painting the exterior of the property, which sits just north of the city limits, all 120 of the hotel rooms will be renovated starting this week. It will be the first major improvement to the interior of the property since the tower was built in 1986.

Owner Joe DeSimone said he has invested between $500,000 and $600,000 improving the property since he purchased it from MGM Resorts International in April.

“I’m not done,” he said, referring to the approximately $1 million he will spend to renovate the rooms and bring them “up to 2015 standards.”

DeSimone said using carpet squares will allow them to easily replace any areas that are damaged or stained.

Each room’s bathroom will be updated with marble surrounds in the shower and modern plumbing fixtures.

The hotel tower’s hallways also will be repainted and the textured ceilings will be removed.

“This is really exciting for us,” said DeSimone, who also owns First Federal Realty in Henderson and recently received his gaming license from the Nevada Gaming Commission to operate the 84-year-old property.

The changes also are important for potential guests, as Railroad Pass will be the first lodge cars traveling on the bypass from the O’Callaghan-Tillman Memorial Bridge will see, he said.

General manager Curt Thompson said all of the improvements are expected to be completed by the end of the year.

Two completed sample rooms have already been in demand, he added.

DeSimone said the improvements have been “value engineered” and the slight increase in the nightly rate will be offset by the added amenities.

Among those amenities is a newly upgraded free Wi-Fi system. Thompson said the system has the capacity for use that will allow 25 guests to download large documents at the same time.

In addition to improving facilities for hotel guests, DeSimone and Thompson have been updating the casino.

They recently consulted with an energy efficiency company to reduce the amount of energy used to light the interior of the casino. Not only will switching to LED bulbs save money, it also will significantly brighten the interior.

All of the changes have boosted the morale of the employees and those who visit the property, especially Boulder City residents, who consider the hotel and casino a “home away from home,” DeSimone and Thompson said.

DeSimone said he is very aware of the relationship Railroad Pass has with the Boulder City community — and has since it was built in 1931 — and he will do everything he can to cement that bond and not create any conflicts with what is happening in the city.

This is especially crucial with the construction of Interstate 11, which will bypass the city.

DeSimone said he wants to help “get people into Boulder City.”

Thompson said the name change will provide them with a great opportunity to get the resort’s name out to travelers long before they see the property.

Tony Illia, a spokesman for the Nevada Department of Transportation, said the department had a land easement for part of the hotel-casino’s property that was used for the highway. However, the new design doesn’t need that land and it will be returned to the casino, as required by state statute.

“The new bypass interstate effectively turns it into an access road for the hotel-casino,” Illia said.

Also planned to coincide with construction of the bypass will be a new truck stop and south-facing entrance to the casino.

“It will be a contemporary truck stop that will not interfere with the casino, but will complement it,” DeSimone said.

He said a decision about which vendors to use at the new truck stop is expected to be made in the next 60 days.

The truck stop will include fuel and a convenience store. A welcome center also is a possibility, Thompson said.

“We want to do this sooner than later,” DeSimone said. “We have the capital to do this. If we don’t, shame on us.”

Thompson said adding services for truckers is critical since the “volume of trucks has increased significantly” since the bridge bypassing Hoover Dam was completed. Additionally, there is no fuel stop for truckers between Kingman, Ariz., and Indian Springs, Nev., if they travel on U.S. Highway 93 or the 215 Beltway.

The new entrance will make it easier for those using the truck stop to enter the casino, they said, adding that it will bring visitors in near all three of the property’s restaurants.

The entry way will use a portion of the steakhouse, which also will be renovated.

“We are doing nothing to change the experience that people feel comfortable with,” DeSimone said. “We are being very careful to direct people here to exercise our resources so that it doesn’t affect customers’ experiences, other than to make them better.”