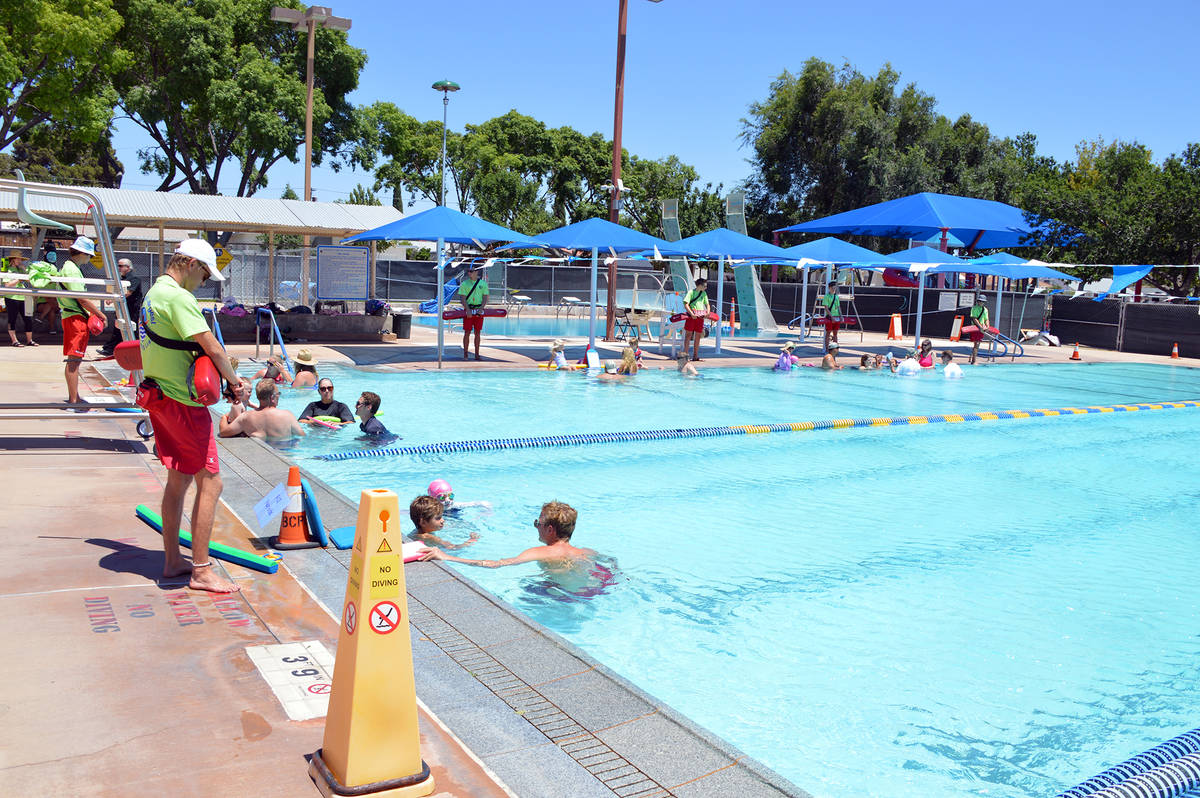 Three questions about the Boulder City pool, 861 Avenue B, could be on the local ballot for the 2021 municipal election.

At Tuesday’s, Nov. 10, meeting, City Council approved having the acting city attorney review three potential ballot questions for the June 15 election about the Boulder City pool and an advisory question about whether residents want a franchise fee added to their utility bills.

The first question about the pool asks whether the city should “expend” $7 million from the capital improvement fund as it becomes available to fund an aquatic center. The second asks residents whether the city should take $1 million each year from the capital improvement fund and put it into a pool reserve fund to save for a new aquatic center. The transfers would end when the project is complete or by Dec. 31, 2029.

The third asks whether the city should change its formula for distributing proceeds from the sale of tract 350 and use 10 percent for public safety capital needs and 90 percent for the city’s aquatic center project.

The city’s municipal pool ad hoc committee has requested that all three questions be added to the ballot.

Councilwoman Tracy Folda asked how these questions would affect the recently approved study to see if the current pool can be repaired and brought up to code.

“Unfortunately, we don’t know. … I think what we have come to is we need to kind of do this in parallel,” said Mayor Kiernan McManus, who also serves as chairman of the ad hoc pool committee. “So we need to prepare the ballot questions at the same time we’re trying to get the costs of the project.”

Council approved referring these three questions to Acting City Attorney Brittany Walker so she could review their wording and compare them to a 2010 ballot question about refinancing debt to make sure there was no conflict.

Additionally, McManus requested an advisory question about whether the city should implement a franchise fee for its utilities. He said it is a recommendation in the current utility rate study.

The fee would be added to residents’ utility bills for the use of city land that the utilities have occupied since they were built. The money would then be transferred into the general fund.

“I see no sense whatsoever in doing that. … For the life of me, I can’t understand how that would benefit any resident whatsoever,” he said.

Councilwoman Judy Hoskins agreed and said she didn’t think Boulder City should have it.

“I believe it’s worthwhile gauging the public’s standing on the issue,” McManus added.

The next Boulder City municipal election is the last one before the city moves its elections to align with Clark County’s on even-numbered years.