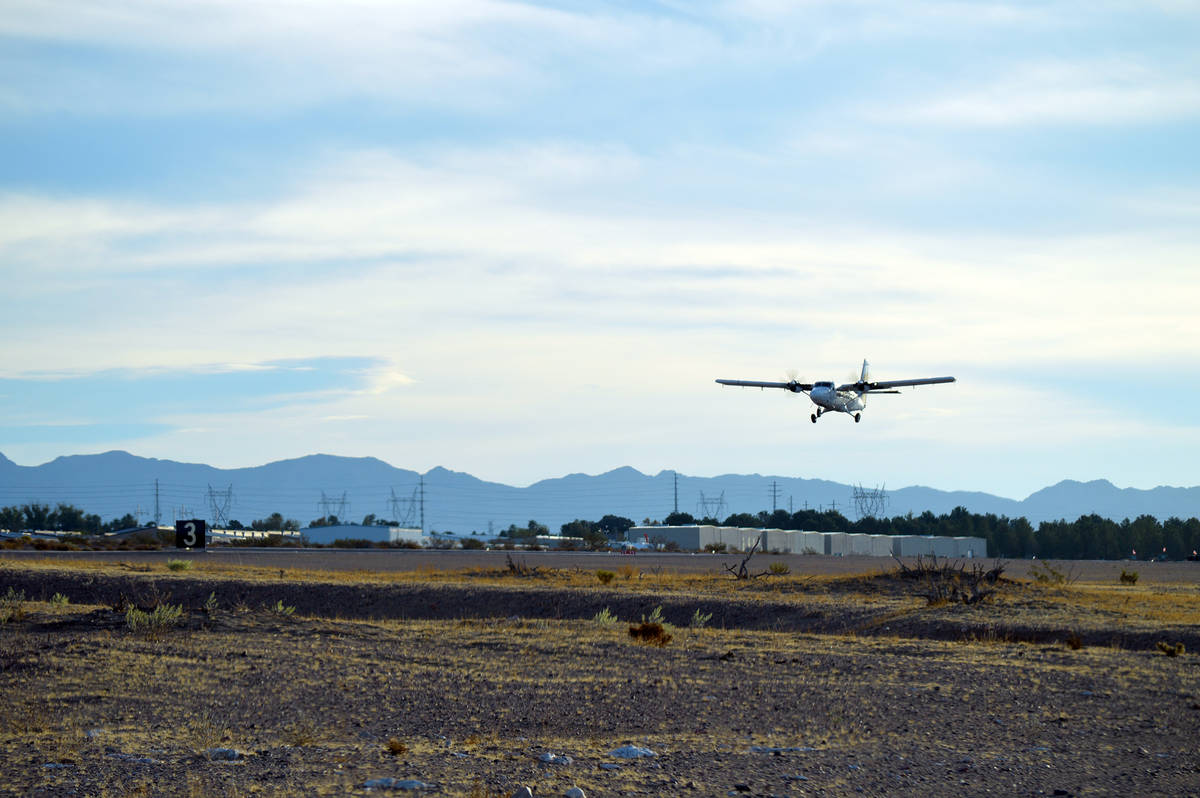 City Council was undecided at its Jan. 12 meeting about a ballot question for capital improvement projects at the Boulder City Municipal Airport. It will discuss the item again at its Jan. 26 meeting.

The question would ask voters, “should the city of Boulder City authorize building and capital improvement projects to be made at the Boulder City Municipal Airport that would specifically facilitate the increase of flight traffic at the airport and increase usefulness for aircraft larger than that of what has historically been present at the airport?”

McManus said he requested the item because of a discussion at a capital improvement project workshop about the necessity of an air traffic control tower at the Boulder City Municipal Airport.

“It’s not an FAA (Federal Aviation Administration) requirement,” he said about the tower. “It was just that the airport traffic had increased due to the tour operations that occur there. That made the airport eligible for a control tower. I know the feedback I’ve received from the public since that time is that it is not desirable.”

McManus said the airport is an asset to the community but it should not become a financial burden.

“I’m very concerned that if we see an airport that becomes far larger than what we would want here in the city, that puts … a financial burden or a financial risk on the residents of this community to do that,” he said. “I’m not willing to place that burden on the residents here.”

Councilwoman Claudia Bridges said the tower would not cause the airport to grow or bring in bigger planes, but it would allow the facility to be safer.

“I’m going to vehemently argue about this issue. … It only increases safety,” she said. “It only coordinates aircraft activity in the air and on the ground. … In fact, it may reduce the number of operations due to aircraft spacing. Spacing is basically the regulated distance between aircraft taking off and landing at the airport.”

Additionally, she said it would be better at controlling where pilots go when they are flying the airplanes because it would control a 5-mile radius of airspace around the airport. That control would prevent them from flying over Boulder City homes.

She said the proposed question was a “loaded” one.

Councilman James Howard Adams said he agreed with the purpose of the question but was concerned about its wording and thought it was ambiguous because it didn’t specify any particular capital project.

“Because of the vagueness of this, ambiguity allows things to cut both ways,” he said.

He said he thought specific projects should be listed in order for him to be comfortable with it.

“It’s not ambiguous,” said McManus. “It talks specifically about projects that are geared toward increasing traffic. The fact that we’re even having this conversation; the fact that this has met FAA eligibility … is because of the increased traffic that has appeared at the airport.”

Adams said in his research he found projects that could contribute to the growth of the airport would be runway expansion.

Councilwoman Tracy Folda said she agreed with McManus that the question was not ambiguous and she wanted the community to weigh in on the topic.

“I think it’s an overall process of where we’re going with the airport. … This is not just about the control tower and should a control tower be needed in the future, it (the proposed question) doesn’t also un-allow that to happen,” she said. “This is really about where we are headed with the airport. … It’s not about safety. It’s about growth here, so don’t get caught up on just that tower, because it doesn’t allow or not allow a tower at this point.”

McManus said he thought the control tower would be the first step in an airport expansion that had been mentioned in the airport master plan.

“Nobody is forcing us to make any decisions that we don’t want to … . It doesn’t mean we have to reset more space, build more hangars or do anything or bring in a fire department. … Safety is the absolute most important thing to look at,” said Bridges. “All of the other variables are controllable. To me, anything that helps with safety is worthwhile, and any other argument is not necessarily valid.”

Adams requested more time to think about the question and how it was worded. He made a motion to hold the item in abeyance until at least the Jan. 26 meeting.

His motion was approved 4-0.

Councilwoman Judy Hoskins was absent from the meeting. Previously, she had expressed support for a control tower being put in at the airport but not for the facility’s expansion.