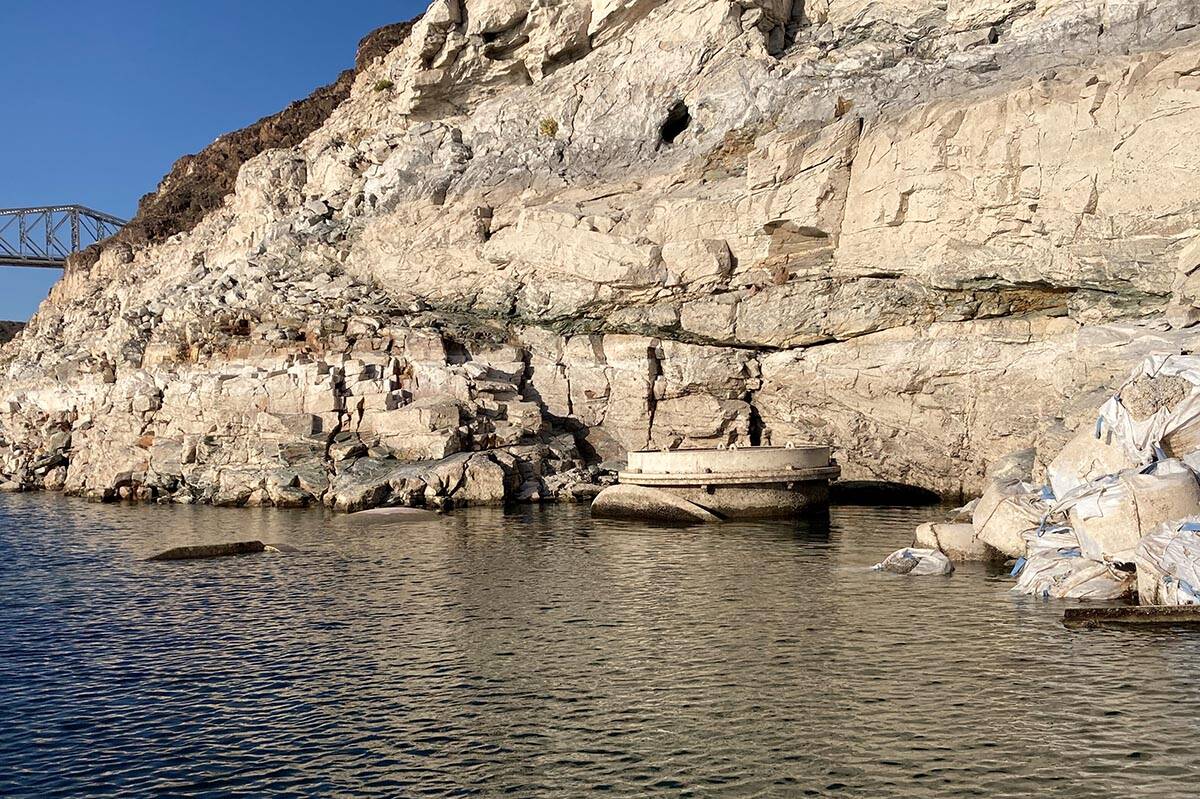 (Southern Nevada Water Authority) The top of water intake valve No. 1 is now visible in Lake Mead. It is the first time that has occurred since the lake began filling after the completion of Hoover Dam. 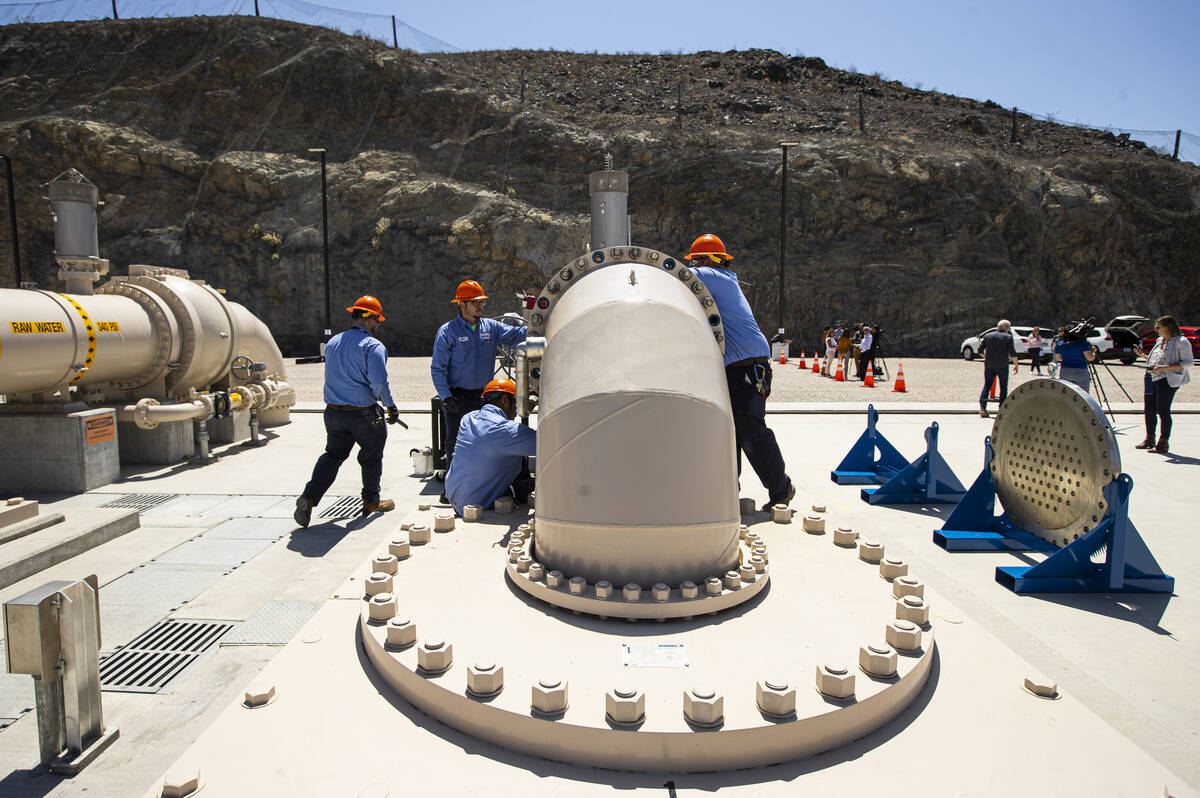 “It’s the worst it’s ever been,” said Colby Pellegrino, deputy general manager of resources at the water authority. “We’re experiencing hydrologic conditions and reservoir storage levels that are lower than they’ve ever been except for when these facilities were initially being filled.”

On April 27, workers with SNWA made the authority’s low-lake-level pumping station operational after Lake Mead’s water level dropped far enough to expose the top of its highest-level intake straw for the first time in its history.

“We’re the only one in the lower basin (of the Colorado River) that has this security. … We still have access to the water supply but conservation is still important,” he said.

Mack said conserving outdoor use is especially important because the water is not recycled and put back into Lake Mead. Other ways to conserve are following the seasonal watering restrictions, changing unused grass to water-efficient landscaping and finding and reporting water waste.

The pumping station was completed in April of 2020 at a cost of $522 million and built to ensure that water flows to the Las Vegas Valley even if the reservoir shrinks to 895 feet to its “dead pool.” At that point, Hoover Dam is unable to release water downstream.

Currently, 22 of them are in use and the remaining 12 pumps will be turned on if the lake falls to an elevation of 1,010 feet.

Ross also said the two-year buffer the authority had with completing the pumping station and turning it on was almost “too close for comfort.”

“The fact that we’re here with this facility completed almost two years to the day before needing it is a testament to the forethought of this organization in this valley,” Ross said.

In January, the Bureau of Reclamation released its 24-month forecast that projected Lake Mead to drop 30 feet in the next two years, falling to 1,035.09 feet of water.