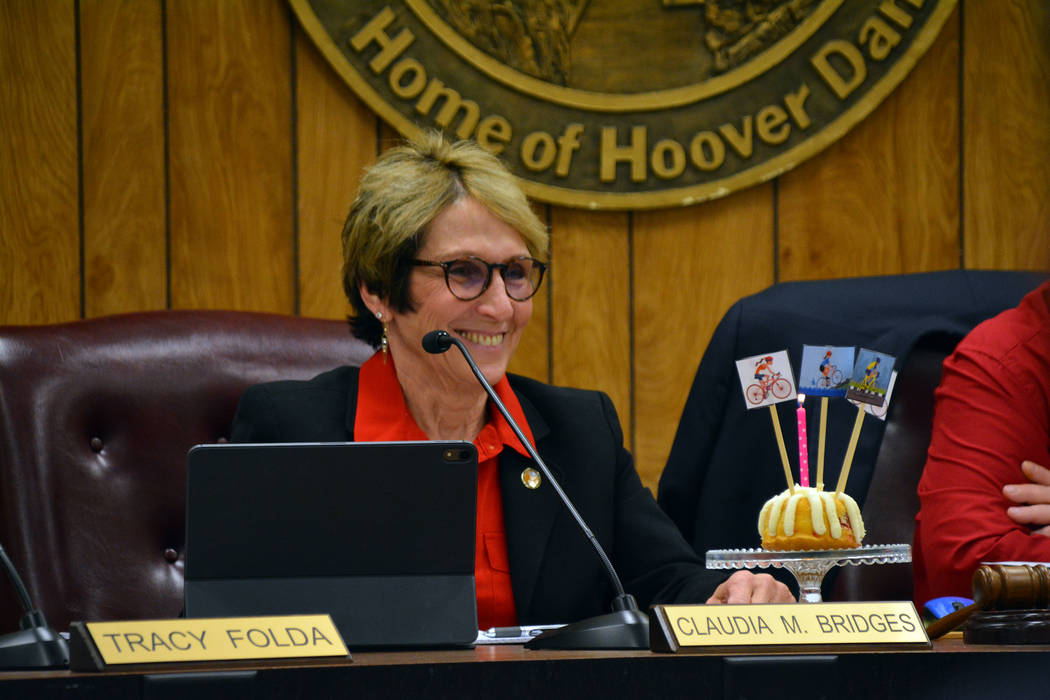 More than 1,000 acres of land was added to the city’s land management process for renewable energy uses.

At its meeting Tuesday, Jan. 28, City Council unanimously approved the addition of the Black Hills North site to the city’s land management process. The parcel is approximately 1,275 acres and is in the Eldorado Valley. It is currently designated as open lands in the master plan and zoned for government open space.

The proposal to add it came from staff due to the interest for solar power at a neighboring parcel, Black Hills South. The report said staff expected similar interest in the northern piece. At its meeting in November, the Planning Commission also recommended including it the process, which is an ordinance that gives council a way to deal with land the city owns.

Community Development Director Michael Mays said adding the parcel to the process is the first step to getting it ready to be leased. There would still need to be appraisals and the master plan would need to be considered for any proposed zoning amendments.

Due to recent changes with the process, council was also able to remove six properties from being considered for development.

Adams said most of the parcels had been in the land management process since the early 2000s and fit within the automatic three-year review for removal.

The 91-acre parcel had been included in the process since 2017, but Mayor Kiernan McManus said the applicant had never come back after it was added.

Council held a public hearing about the changes and no one came forward to speak.

Also at Tuesday’s meeting, council unanimously approved a new mission statement for historic preservation to be used for directing future activities and efforts in the community.

The statement is: “Boulder City is committed to promoting, preserving and protecting its historic buildings, sites, neighborhoods and structures that provide visual markers for the city’s cultural, archaeological and architectural heritage.”

Councilwoman Claudia Bridges said she was concerned about the term “visual marker” because of how it could affect visually impaired people who can’t see the buildings.

“The buildings are more than visual,” she said. “They are tactile.”

McManus said he had a different understanding of the word visual.

“I think the fact that something exists means its visual,” he said. “I think it’s just a statement of fact.”

He also said he was concerned about straying too far from what the Historic Preservation Committee had recommended for the mission statement.

Councilwoman Judith Hoskins said she wasn’t sure visual means someone has to physically see something because a description can be given to a visually impaired person who can then see it in their mind.

“I’m not sure that term should be removed,” she said.

Adams said if the term turned out to be a problem for the community, it could be changed later.

Councilwoman Tracy Folda said she understood the concern, but as a standard buildings are physical and visual.

“I think it would be appropriate in this place,” she said.

“I do understand,” added Bridges. “It’s just something that I noticed when I first read it. I appreciate your comments.”