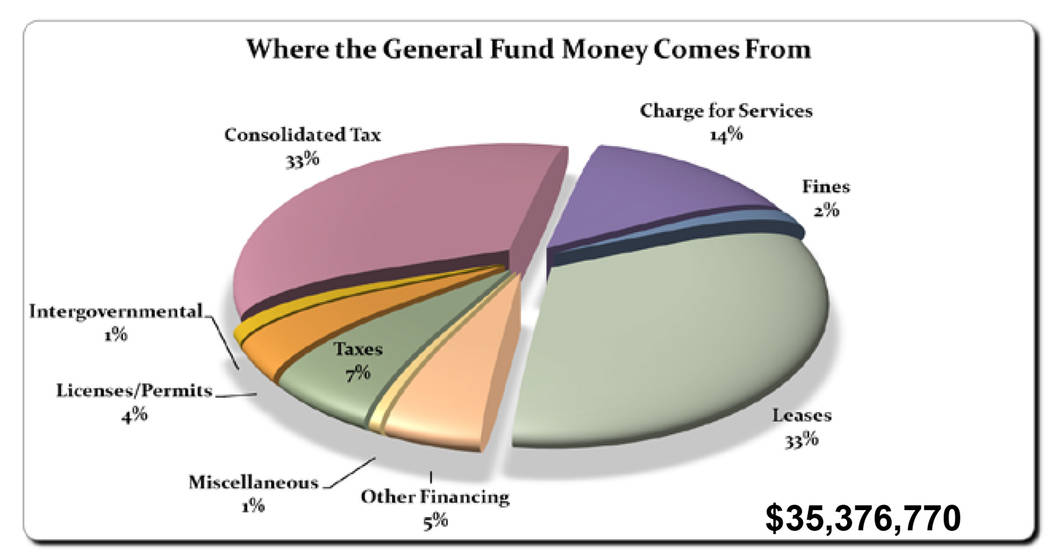 According to Communications Manager Lisa LaPlante, the city’s revenues are projected to increase so only a few of the proposed 13 new hires will cost the city more money.

On March 13, staff presented the proposed budget to City Council. It includes a general fund budget of $35,356,770, which is almost $2 million more than last year, and a total utility fund budget of $32,954,875, about $1.4 million less than the previous year. Staff also presented it to the public Monday, March 18, at a workshop at the Senior Center of Boulder City.

“The city realized an additional $2 million in revenues from solar leases,” said Finance Director Diane Pelletier. “We have set aside $1.7 million as a reserve for council to determine its use.”

The 13 new hires include positions within the public works department to bring more projects in house, additional firefighters and police officers, a municipal court marshal, a full-time deputy city attorney, a budget manager, and historic preservation and cultural affairs planner.

Only four positions will increase the overall budget, according to the city. The rest are budget neutral, meaning the departments where they will be added have trimmed expenses so the costs are not more, Pelletier said.

“For example, the city manager cut $200,000 from his budget, which is now going back into general fund,” she said.

Boulder City Police Chief Tim Shea is asking for two police officer positions, which had been vacated during the economic downturn. The $139,214 for those positions will come from the general fund.

The finance department is requesting $146,626 from the general fund for a budget manager to improve preparation of the city’s budget throughout the year.

Fire Chief Kevin Nicholson is requesting three new firefighter positions and three new fire captains to allow for a full-time third rescue crew. Currently, the third crew only works from 8 a.m. to 8 p.m. and is staffed by reserve officers. These new positions would allow it to operate 24 hours a day year-round. The new positions would not add anything to the budget due to restructuring and switching to a third party for its emergency medical services billing.

Judge Victor Miller is requesting a new full-time deputy court marshal that would replace three part-time ones. He said by being full-time there would be less turnover and better weekend supervision as well as providing adequate security at the court.

Additionally, Miller said the court clerk position needed to be made full time rather than part time due to the increased number of citations coming through the municipal court.

“Our caseload is growing due to the efforts of the police department and their public safety efforts and also with I-11,” Miller said. “Our caseload is approaching levels when it was the highest.”

City Attorney Steve Morris is requesting the contract position for the city prosecutor job done by Gary Booker be made full time. The department would also keep its full-time paralegal position.

Councilman Kiernan McManus expressed concern because when Morris was hired his higher salary was justified since he was going to bring legal services in house.

Morris said he did absorb the city’s civil legal needs that he was doing on a contract basis when he started.

McManus requested a breakdown of the city’s legal costs for the past five years so he could have an idea of what the needs were rather than the wants.

The new positions within the public works department are intended to help bring more city projects in house. The department also wants to reclassify the department secretary position to an analyst.

According to City Manager Al Noyola, these departments will more clearly delineate areas of responsibilities as well as being on par with other communities.

He said the communications and government affairs department will continue to provide news releases and information to the public and review and advocate for state and federal laws, funding and proposals that have an impact on Boulder City. It would cost approximately $26,869 more than the current communications budget, but that would be absorbed by the city manager’s budget.

The administrative services department would not add any costs to the budget, and the administrative officer would be made its director. According to Noyola, it will provide leadership and oversight to the functions of personnel administration, information technology and oversee the airport as well as formulate internal policy and review special projects.

The council members expressed some concern as to whether all these new positions would be sustainable in the future.

Staff has scheduled a 7:30 a.m. meeting April 10 to address those concerns and bring more detailed costs for some of the departments.