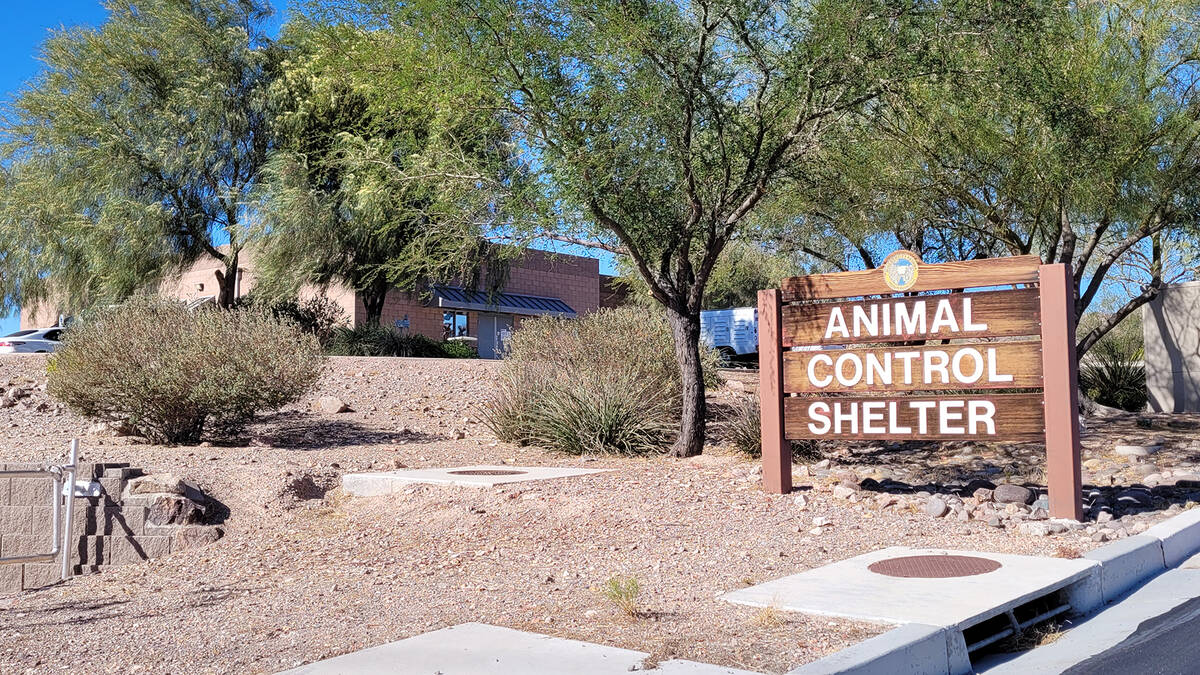 (Celia Shortt Goodyear/Boulder City Review) The remote location of the city’s animal control shelter is prompting a proposal to install a fence around the perimeter of the facility to make it more secure.

According to city documents, the CIP is a multiyear planning document used to identify capital projects and then coordinate their financing and timing. One project in the proposed CIP for fiscal year 2023 is $150,000 to install perimeter chain link fencing around the animal control shelter, 810 Yucca St., making it more secure.

Animal Control Supervisor Ann Inabnitt said at least once a month in the last year and a half, homeless people have broken into the shelter’s courtyard after hours.

“It’s a problem,” she said. “They were climbing over the courtyard fence and plugging in their phones and taking baths with our hose.”

Inabnitt said they would also vandalize the property.

“They would leave the hoses on, so we had to put locks on the spigots,” she said. “They just broke them off. They also dig through the garbage.”

In addition to the fencing, a three-sided shade structure will be installed to house the mobile command vehicle. Currently it’s stored off-site. Creating the new structure will save $4,380 a year in storage costs.

Two other projects in the proposed CIP are remodeling the police station to fix some operating deficiencies and to install covered parking for the department’s vehicles.

At a recent presentation to City Council, Public Works Director Keegan Littrell said staff is proposing to relocate the dispatchers to another area of the station and add a partitioned wall in the lobby.

“When you first come into the lobby, you have to badge in on both sides,” he said at the Nov. 9 City Council meeting. “There’s no way to transfer people from side to side without badging in one side and badging (in) the other.”

The dispatchers’ work area is behind a window that is also in the lobby. Littrell said the remodel would relocate them to a different area of the station so they can work with less distractions.

“I think they (the dispatchers) have it covered up, but still it can be a distraction if someone is pounding on the window,” he said. “They need to be focused. We’d like to relocate them in the building. Make their job a little bit more efficient and a little easier.”

Littrell said staff is also recommending installing covered parking at the police station to protect the city vehicles and all the equipment in them.

“The council will be asked to vote on a tentative approval for fiscal year (20)23 on Dec. 14… . The final adoption will coincide with the adoption of the operating budget scheduled for May 24, 2021,” said Carol Lelles, CIP coordinator.