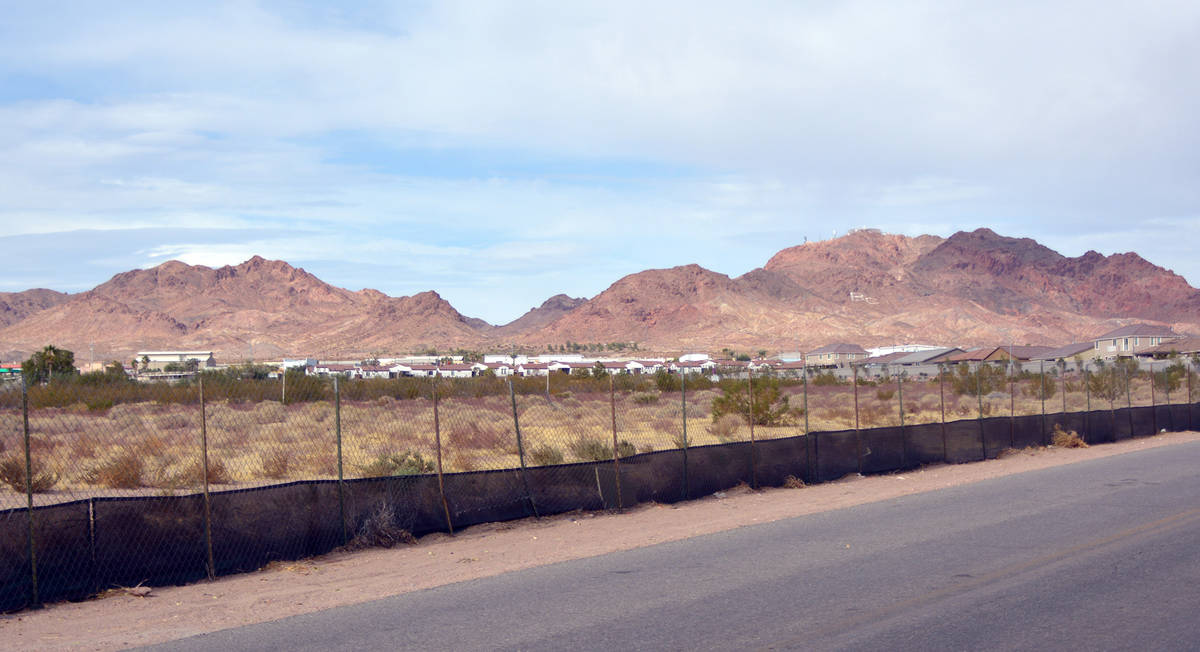 City staff is drafting a request for proposal for more than 40 acres of land adjacent to the Boulder Creek Golf Club per City Council's request at its meeting Tuesday, March 23.

At its regular Tuesday, March 23, meeting, council directed staff to create the proposal request for Tract 350, an approximately 45-acre parcel of land adjacent to the northeast portion of the golf course and south of Adams Boulevard. It was approved for sale by voters in 2010.

Recently, the city received four responses to its request for information for the property. Toll Brothers, American Nevada Company, Lewis Investments and StoryBook Homes presented ideas for different housing developments with anywhere from four to 10 units per acre for detached homes and 10-20 units per acre for attached homes.

One also suggested it be used for workforce housing.

“As much as we need affordable housing … I’m not sure that Tract 350 is that … ,” said Councilwoman Claudia Bridges.

She said she thought the property value should be maximized but she also didn’t think it should be used for storage or something commercial.

“I think we have mixed needs for this,” she said.

“Personally, I think the results brought back from the developers are very well thought out,” said Mayor Kiernan McManus.

He suggested that different kinds of housing could be built throughout the parcel with lower and higher density.

“I don’t think having some variety in there would be a bad thing,” added Councilman James Howard Adams. “It wouldn’t hurt the golf course.”

Council directed staff to draft a request for proposal that includes development with approximately 10 units per acre for 20 percent to 25 percent of the property with R1-7, R2 and R3 zoning.

R1-7 is for single family homes with a 7,000-square-foot minimum lot. R2 is for a duplex-type property and R3 is multifamily zoning.

McManus also requested staff to research how the needed storm sewer for Bristlecone Drive could affect the sale price.

Brok Armantrout, Boulder City’s contracts/real estate manager, said the city would make it clear that whoever purchases the land would have to install a storm sewer. He said it could be taken as a deduction from the value of the land.

“So in essence, whoever purchased the land is already getting the land at a discount so that in theory they would use the discount … to make the improvement that they’re required to make. … It’s one and done,” he said.

McManus also requested different options for the best way to accommodate the change in property values if the property is purchased in phases.

Acting City Manager Michael Mays said the request could be written broadly to allow the developers to use their expertise in how these residential communities are built and what can be included in them.

Bridges said she liked that idea.

“I’m concerned that if we’re too specific and they bring us what we’re asking for, we’re not getting the best,” she said.

“I think it’s a very good idea,” added Councilwoman Judy Hoskins. “I did want to mention … about the variance(s) because remember we had so many variances for StoryBook. That’s why … I think that we want to have in there … that we will not accept (any) variance for subdivision standards.”

Once staff finishes the request for proposal, it will come back to council for approval.

Council also unanimously approved having the recruitment for a new city clerk be handled by staff.

McManus said because Henderson has been recruiting for a new city clerk there is already a pool of candidates and Administrative Services Officer Bryce Boldt had already completed a brochure for the position.

“I don’t see the need to utilize the outside firm again,” he said.

Council set the salary range from $75,000 to $115,000. Boldt said the position will be posted for 30 days, and he could provide an update on who has applied at the second council meeting in April.