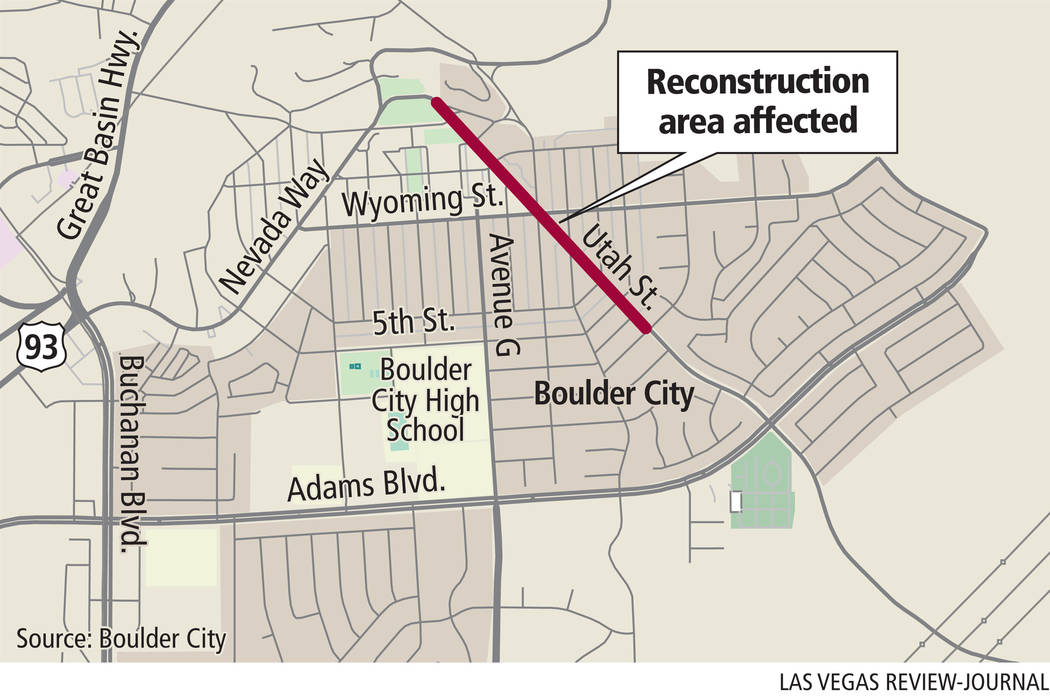 The reconstruction project on Utah Street will not be completed until the middle of March because of problems encountered during construction and changes to the project.

“The biggest reason for the delays was the underground electrical conduits, both for the city’s system and for the streetlights,” said Boulder City Public Works Director Scott Hansen. “The contractor encountered hard material which slowed down daily trenching production.”

Another element of the project’s new timeline is the coordination between the city and the Regional Transportation Commission of Southern Nevada.

“In the Las Vegas Valley, the utility companies and the roadway agencies try to work together to coordinate projects, but you occasionally see a new road ripped up just a few years after it is complete for a utility project,” he said. “Here in Boulder City, the coordination is awesome, since the city has all of the major utilities. Instead of several costly projects over a few years, the city bundles utility projects with roadway projects. This is more efficient for the ratepayers and the taxpayers, but projects end up being longer. But once the project is complete, hopefully the city does not have to do construction on this road for 30 years.”

The city and RTC are sharing the cost of the project.