With 5,142 ballots cast, state Sen. Joe Hardy and Steve Walton received more than the 2,572 votes necessary to be considered elected.

As of 8:19 p.m. Monday, Hardy received 3,257 votes in the race for mayor against incumbent Kiernan McManus, who received 1,513 votes. Walton received 2,865 votes in the five-person race for City Council.

With one of the two City Council positions filled, Cokie Booth and incumbent James Howard Adams will advance to the Nov. 8 general election. They received the next two highest number of votes. Booth received 2,286 votes and Adams received 1,524 votes.

Clark County Election Department needed to receive mail-in ballots by 5 p.m. Saturday to be counted and they had to be postmarked no later than June 14.

Results of the primary election will be canvassed and made official during a special City Council meeting at 9 a.m. Friday in City Hall.

The primary election was held to narrow the fields because there were more than twice as many candidates as there were open seats in both races.

Tanya Vece was officially running for mayor but withdrew May 22 after the primary in the mayoral race was already set. Her name appeared on the ballot and she received 257 votes.

In the Republican primary for the State Assembly District 23 seat, Boulder City resident Denise Ashurst, a retired Air Force veteran and founder of Pride in Purity International Ministries, fell short in her race against Danielle Gallant of Las Vegas. Ashurst received 3,757 votes, or 36.2 percent, and Gallant received 4,494 votes, or 43.3 percent.

The November ballot also will feature several questions, including one about a potential sale of 16.3 acres of land specifically for a grocery store and related retail outlets, and one about spending as much as $7 million for improvements to public safety facilities. 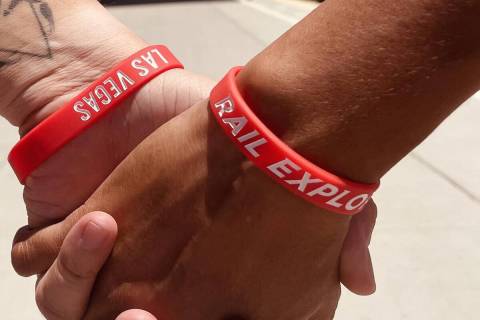