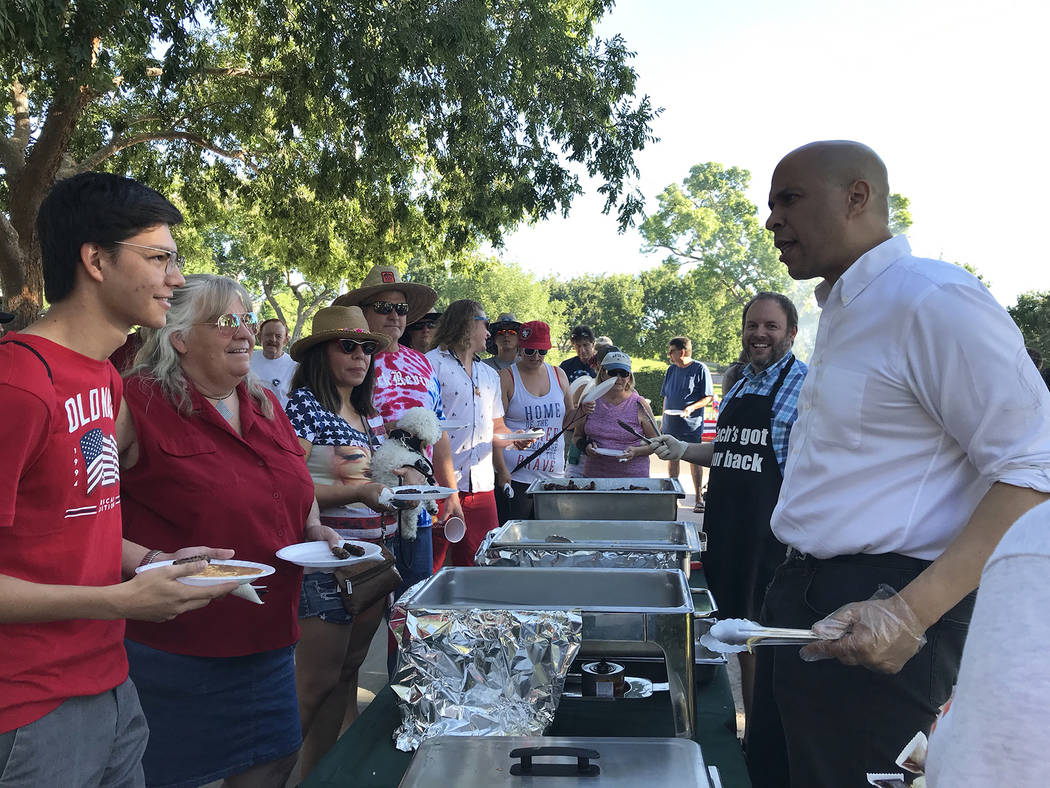 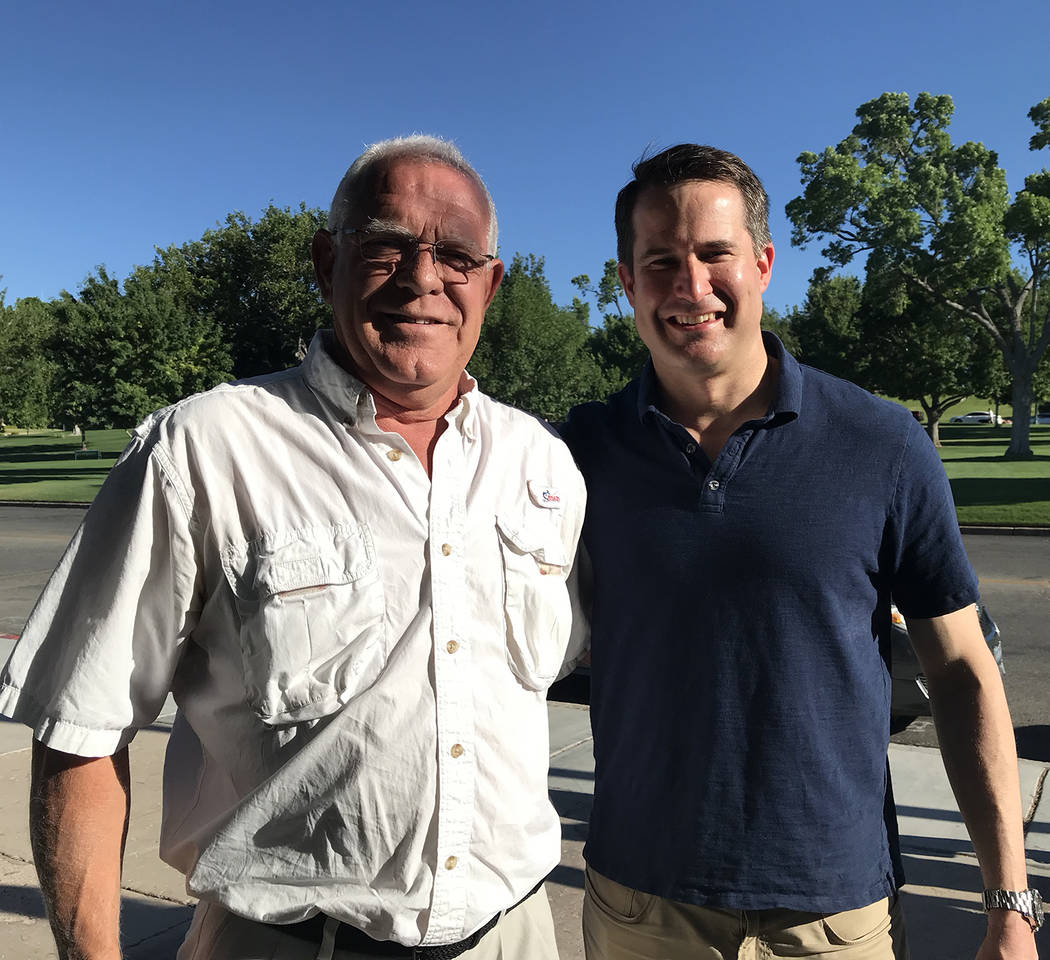 Democratic presidential candidates Sen. Cory Booker and Rep. Seth Moulton came to Boulder City on July 4 to help the community celebrate the nation’s 243rd birthday and share their visions for the future.

Both stopped by the pancake breakfast presented by the Rotary Club of Boulder City, taking turns at the grill flipping pancakes before marching in the 71st annual Damboree parade through downtown.

Booker, who was making his fourth appearance in Nevada since announcing his candidacy, said he has a deep personal connection to the state as his parents and grandparents have lived here for years and has been visiting since the 1990s and through his formative years.

He said he appreciates the state’s diversity as well as residents’ commitment to causes they believe in.

He is fighting to bring issues such as the economy, climate change and justice to the forefront.

Booker said one of his priorities is to bring the country together.

“The lines that divide us are nowhere stronger than the ties that bind us,” he said.

In between his heartfelt responses to questions from those attending the pancake breakfast, Booker kept the crowd entertained with “dad jokes.”

Booker has been a senator for New Jersey since 2013. Prior to that, he served as mayor of Newark.

After attending Stanford University on a football scholarship, Booker studied at the University of Oxford on a Rhodes Scholarship and received his degree from Yale Law School in 1997. He started his career fighting for tenants’ rights at a public housing project where he lived in Newark and then was elected to the city council.

After leading a large Democratic contingent in the parade that included supporters of those campaigning against him, such as Sen. Kamala Harris, Sen. Elizabeth Warren, Sen. Bernie Sanders and former Vice President Joe Biden, he attended an invitation-only event at the home of Judy Hoskins where he spoke and answered questions.

Moulton, who admits to entering the race a little late, says his experience as a combat veteran — he served four tours in Iraq with the Marine Corps as a platoon commander — makes him stand out from the other candidates.

He said he has heard from veterans and voters that they want to see America stronger and safer.

“My message is resonating, and that’s what matters. I’m proud to have served my country and proud to have the opportunity to serve again,” he said.

Moulton represents the 6th District of Massachusetts. He was elected to Congress in 2014, defeating a nine-term incumbent.

In addition to national security issues, he is an advocate for veterans’ health care and better-paying jobs.

He said Nevada’s focus on veterans, especially in Boulder City, made visiting the state and area a priority for his campaign.

Moulton took a few moments away from the serious nature of message to tout his pancake-making skills, capturing an impromptu flipping contest catching three out of three flips.

He lives in Salem with his wife, Liz, and their daughter, Emmy.