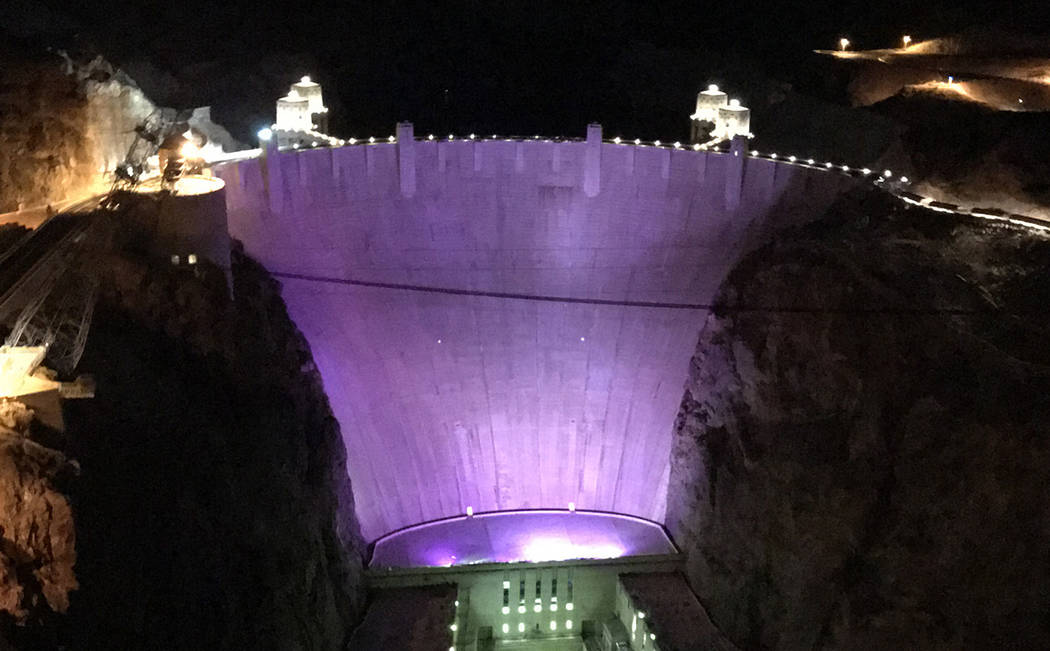 (Hali Bernstein Saylor/Boulder City Review) Hoover Dam was lit purple Monday, Oct. 29 to help raise awareness of domestic violence. According to the National Network to End Domestic Violence, more than one in three women nationwide have experienced rape, physical violence and/or stalking by an intimate partner. 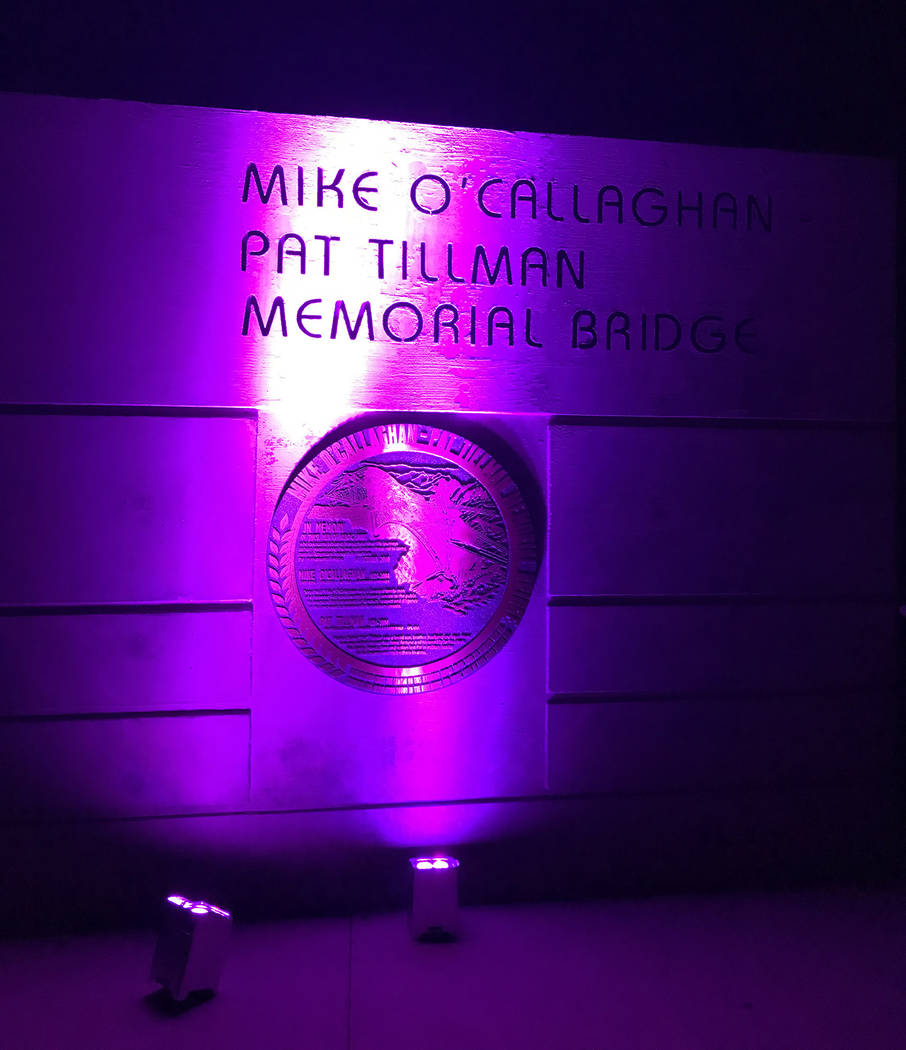 Hoover Dam was lit purple Monday, Oct. 29, to help raise awareness of domestic violence. According to the National Network to End Domestic Violence, more than one in three women nationwide have experienced rape, physical violence and/or stalking by an intimate partner.

As part of the National Domestic Violence Awareness Month observance Hoover Dam was lit purple Monday, Oct. 29. The dam was visible from the Mike O’Callaghan-Pat Tillman Memorial Bridge, which also colored the lights shining on its entrance.