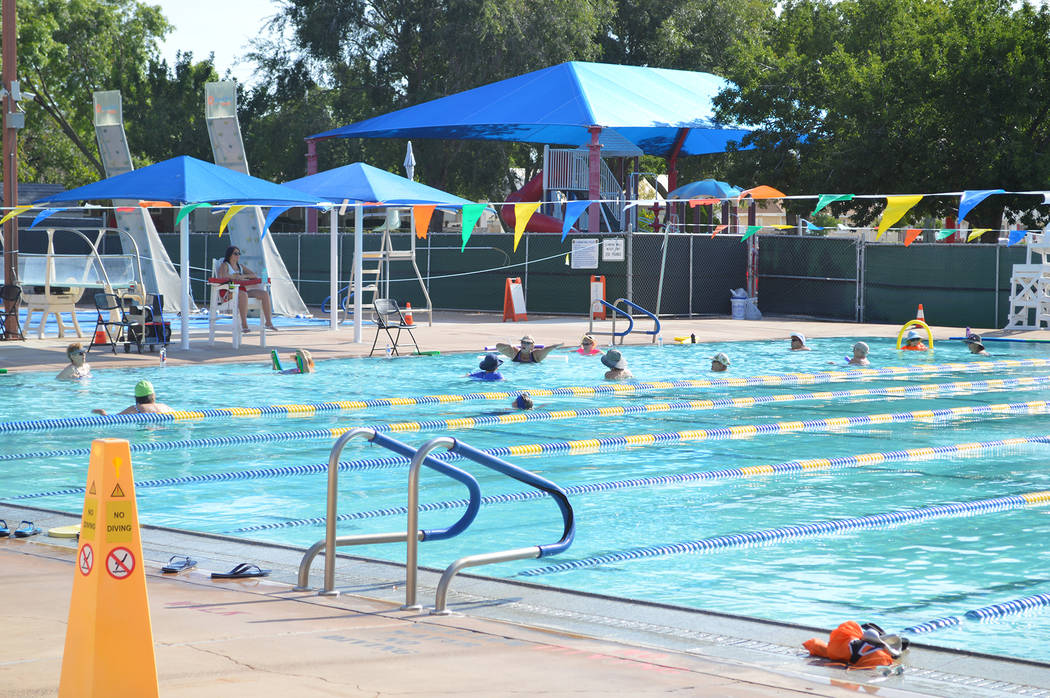 The staff at Boulder City Pool are marking May's observance of Water Safety Month by offering information about how to prevent drowning.

Taking a dip in cool refreshing water during the heat of summer can be great as long as people are aware of the dangers a swimming pool can pose.

Drowning is the second-leading cause of death for children between the ages of 1 and 14, and Cheree Brennan, aquatic coordinator for the city, wants to ensure that everyone is aware of potential hazards.

Brennan and her staff at the municipal pool will be among those observing Water Safety Month in May.

“In my opinion one drowning is too many,” she said.

She said she also heard at a recent conference that there has been an increase in the number of adults drowning.

People, parents especially, need to know that drowning is a “silent killer.” Brennan said most drownings are not like those seen in movies and on television shows; there is no splashing and flailing around.

She said it’s important that people swim in areas supervised by lifeguards, always swim with a friend, enter the water feet first unless the area is marked for diving, know how to prevent, recognize and respond to emergencies, and only use approved life jackets.

Brennan also recommends watching out for “dangerous toos”: too tired, too cold, too far from safety, too much sun and too much activity.

To help ensure the safety of young children, City Council accepted a $2,500 grant from the Southern Nevada Chapter of the International Code Council at its Tuesday meeting, April 23, to provide free swimming lessons for toddlers 4 and younger.

Brennan said she follows the American Red Cross and American Pediatric Association’s recommendation that infants younger than 6 months stay out of the pool. When they are that young their neck muscles aren’t developed enough to hold their heads out of the water, she said.

In addition to the Water Safety Month observance, the pool’s staff is gearing up for the World’s Largest Swimming Lesson on June 20.

During the event, thousands of swimmers at about 600 facilities around the world in more than 20 countries will offer the same lesson during a 24-hour period.

Those planning to use the pool in the coming weeks should note it will be closed from May 4 to approximately May 18 for its annual maintenance and to remove the tent.

Brennan said she will also use this time to provide additional training to the pool’s lifeguards.