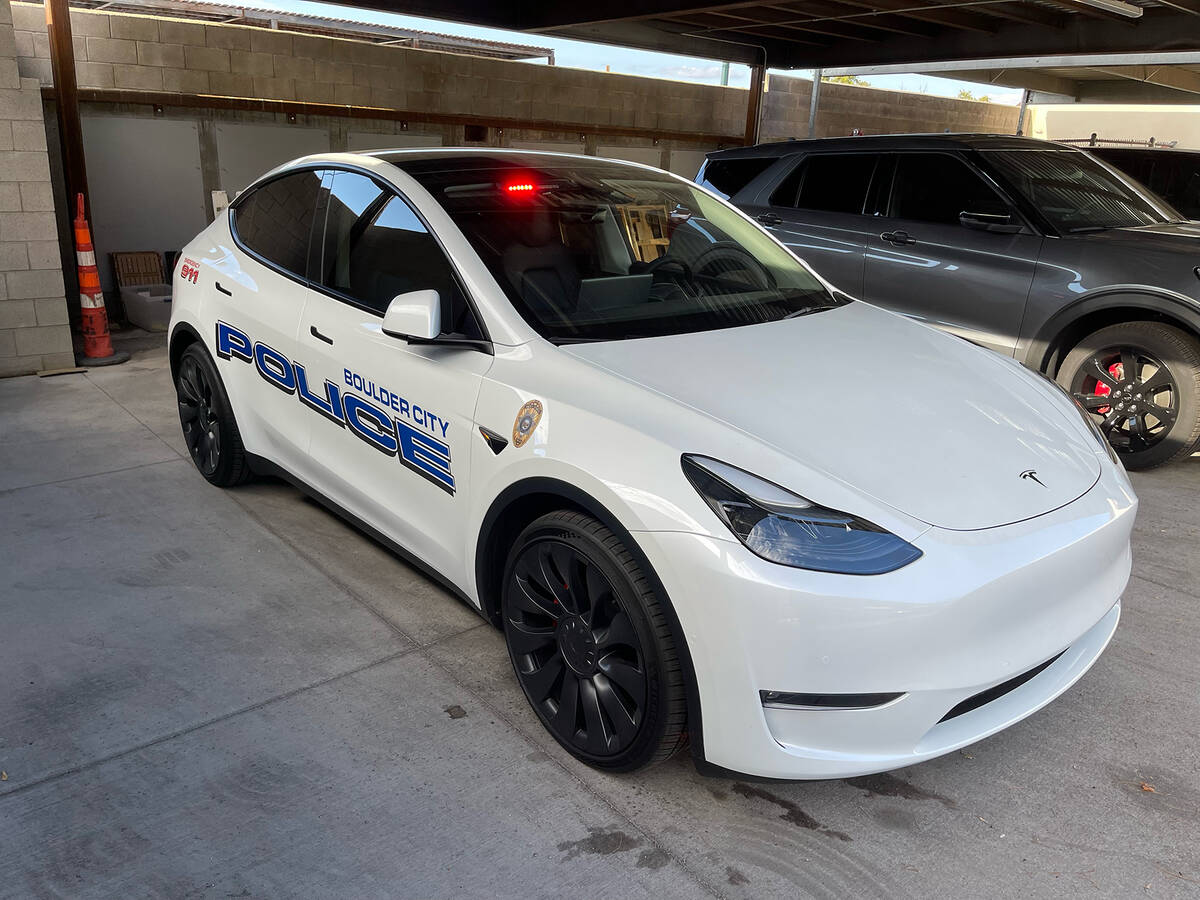 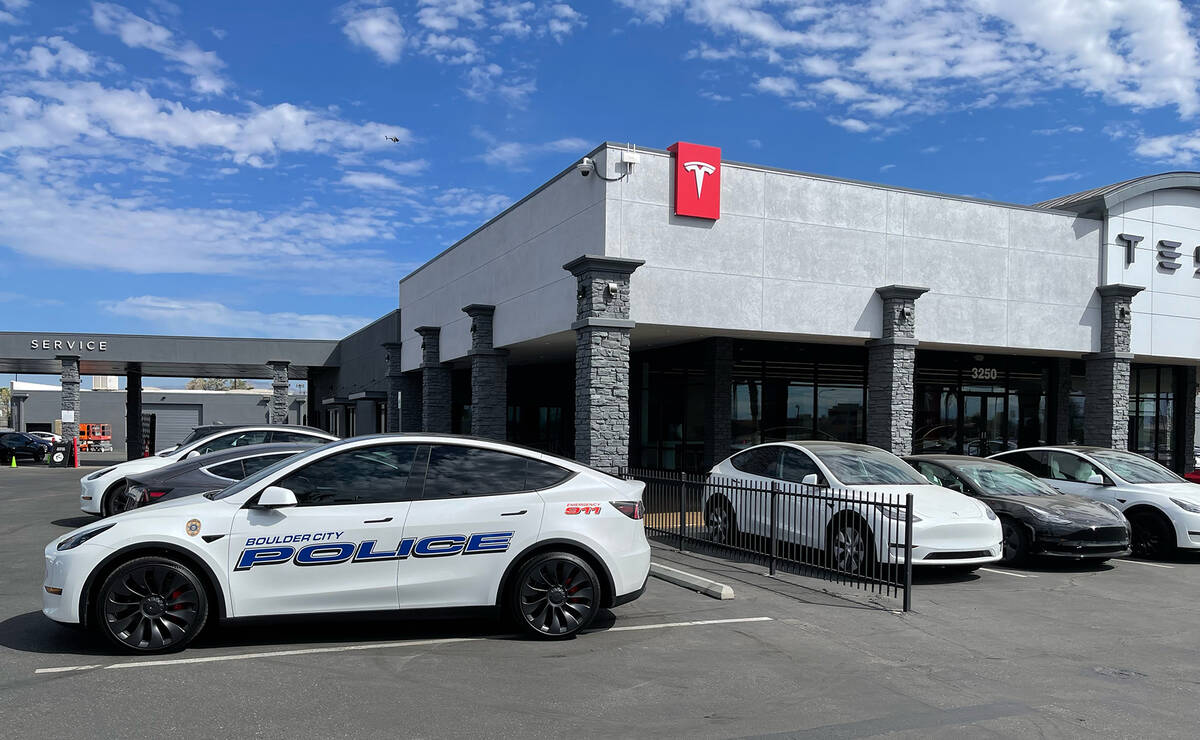 Cost and climate were the two main reasons the city went forward with this purchase, according to City Manager Taylour Tedder. Electric vehicles also require less maintenance, with some issues having the possibility of being fixed remotely via software updates from Tesla.

“The thing that really appealed to me is how we can reduce our costs. We got this special once-in-a-lifetime opportunity to try and use new things (with the ARPA money), and we used it,” he said.

The city will be using less than 2 percent of its ARPA fund allocation to purchase the electric vehicles.

“This pilot program means that we can do an in-depth look at the EVs and determine if they are a good fit for our department,” said Boulder City Police Chief Tim Shea.

Most of this has to do with police requirements to keep on-duty vehicles running at all times so that their equipment stays operational and in case officers have to leave at the drop of a hat.

“The police department is the biggest gas user in the city and this decision focused on long-term savings for our residents and environmentally supportive efforts,” said city Communications Manager Lisa LaPlante.

Electric cars cost the city $4 in energy costs per recharge. Additional maintenance costs for things such as oil changes can be kissed goodbye.

Another area of savings occurs when the cars need to be outfitted with police equipment. The Teslas already have camera systems installed on the vehicles, which will save the city “several thousands of dollars right off the bat,” according to Tedder.

Tesla vehicles also provide a touch-screen console and light system that is currently being looked at to see if they can double as a police computer and police sirens, respectively.

“Where the savings are going to take place is when we are outfitting the vehicles. For instance, with the Fords, the base price is $50,000 itself but then there is a lot of equipment that needs to go into that vehicle that maybe would not need to go into the electric vehicles,” said Lt. Vince Albowicz in a recent presentation to the City Council.

The pilot program also will help eliminate the approximately one-year wait to purchase traditional gas-powered vehicles as the auto industry deals with ongoing supply chain issues, according to a new release.

The department currently has 23 police vehicles dating from 1999 to 2015 that need to be replaced in the coming years.

The need to replace the aging fleet became even more critical in April when a patrol car on the scene of an accident on Interstate 11 was destroyed by a distracted driver.

“Thankfully, the officer jumped to safety just in time,” Shea said. “Accidents happen, and when they do, it can impact our ability to keep officers out in the field.”

Boulder City itself will see some new changes to welcome the wave of electric vehicles. There have been plans to put EV charging stations on Nevada Way, but parking limitations have so far been the biggest issue. The city is currently looking at potentially putting the charging stations on Arizona Street and in parking lots.