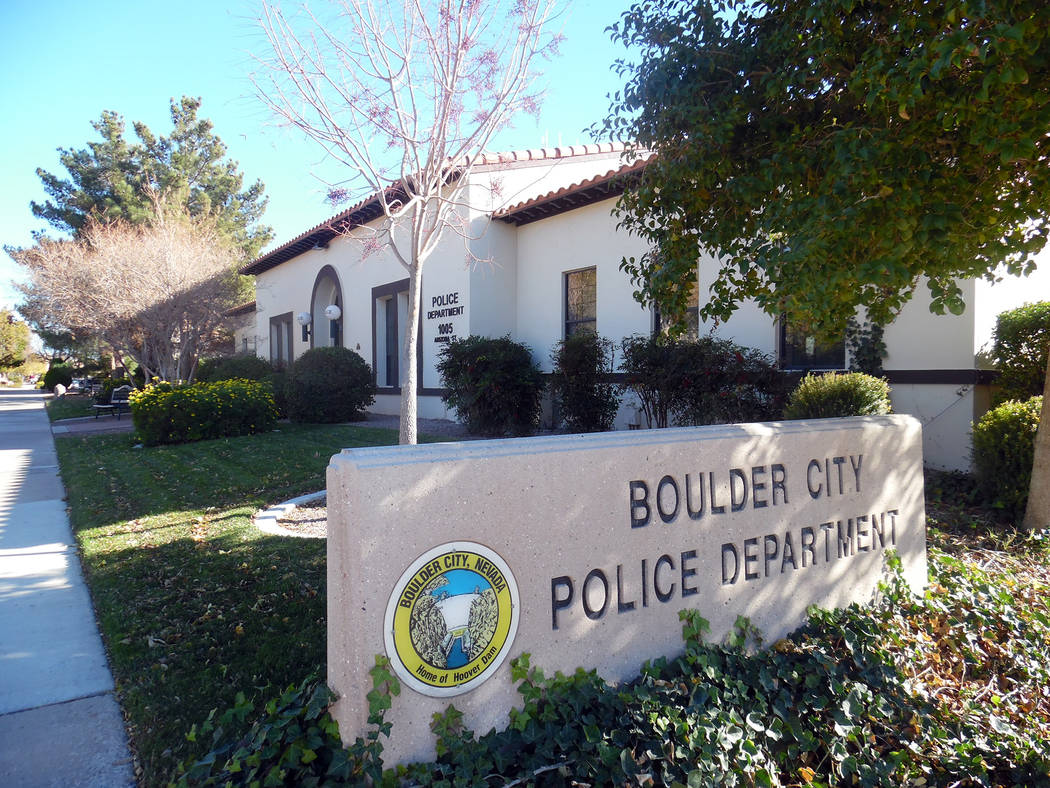 Someone called the police and said a man wearing a hoodie was running into traffic near mile marker eight on Interstate 11.

Officers received a report of woman who wasn’t wearing shoes but had on a sports bra and pants and was walking outside. They responded and found the woman had been in a verbal fight with her mom at a store and decided to walk home.

Officers responded to a burglary at a business. The safe was open, the phones were gone and the till was missing money. A neighbor reported a gray vehicle had been sitting outside the store.

Officers responded to reports of a fire. They responded and smelled smoke but did not see any flames. They did locate it and found it was just smoldering. They put dirt on it to put it out.

Officers received a report that a man had come out of someone’s boat and he appeared to be living in it. There was also some possible drug paraphernalia in the boat.

Officers received a report of an elderly man shooting pigeons with what looked like an air rifle.

Someone called to speak with an officer about someone possibly making drugs in an apartment. The caller said it was an ongoing problem.

Officers received a report of man standing on a street who appeared to be confused. He was wearing a shirt and underwear. The caller was concerned about the man’s safety.

Officers responded to a man who had punched his arms through a window and was bleeding severely. He had a tourniquet on and the cut was approximately 6 inches long. He was transported to Sunrise Hospital. There was no crime committed, but a report was taken because of the injury.

A man called the police and said a group of juveniles were coming onto his property and jumping on top of his roof. They were also skateboarding on the building. He just wanted to give the police the information, but if the juveniles returned he said he wanted them trespassed.

Officers received a report that a shed was on fire. It was not fully engulfed and it was unknown whether people were inside. Officers responded and found it was smoldering from the inside. The owner said nothing inside of it should be flammable.

Someone called the police and said there was a large desert tortoise in the roadway. Ten minutes later, the person called back and said the tortoise was gone.

Officers received a report of two people sleeping on the golf course. Ten minutes later, the person called again and said they had left the area.

Officers responded to a call about property damage. A red Mustang had lost control and went into someone’s front yard. Officers found the driver and detained him.

Someone called the police and reported hordes of motorcycles were going up the truck route at 90 mph. The caller requested extra patrol.

A man called the police and said his 17-year-old son had gone to a pool party the night before and was supposed to be at school this morning. He was not and wasn’t responding to his phone. The dad said he had heard from his son the night before but not in the morning.