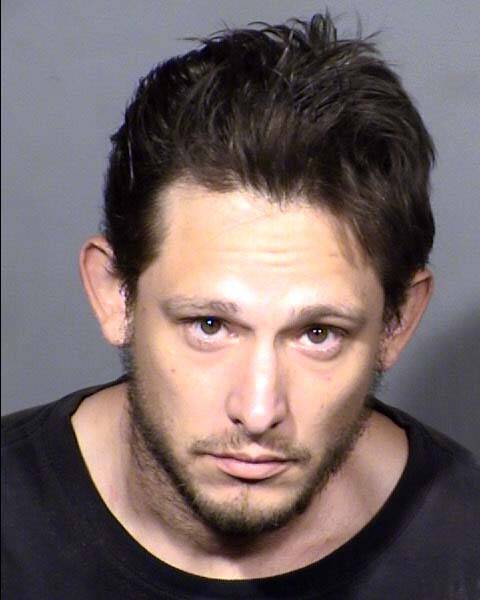 Wunsche is being charged with the felony of not stopping at the scene of an accident involving death or personal injury as well as the misdemeanor charges of disobeying a peace officer and endangering other persons or property, disregard for safety of persons or property, resisting a public officer, failure to render aid at a vehicle accident, parking in an alley, failure to yield to an emergency vehicle, basic speed endangering life, three counts of trespassing, disturbing the peace, failure to give information at an accident scene and driving with a license revoked for a DUI.

During his preliminary hearing Tuesday, April 26, Wunsche’s bail was set at $38,000 cash. If he bonds out, he will have to wear a monitor for mid-level electronic monitoring. His felony arraignment will take place at 12:55 p.m. May 10 in Boulder Justice Court, 501 Avenue G.

Wunsche is currently in custody at the Clark County Detention Center.

The charges against him stem from a wellness check in Boulder City on Saturday, April 23.

Wunsche was reported to be sitting in the driver’s seat of a car with his eyes closed sweating profusely, according to a press release from the Boulder City Police Department. Officers made contact and he refused to roll down his window, unlock or exit his vehicle. Officers then determined his identity and realized he had multiple warrants for his arrest.

He was uncooperative and drove away. Officers lost sight of him, but some people visiting from Denmark told them the direction he drove in. Officers caught up with Wunsche before he crashed into another vehicle at the corner of Fifth Street and Avenue I.

After the crash, he ran from the car while officers continued to search for him. They heard the sound of gunshots coming from Northridge Drive and ran toward the sound, pursuing the man through a number of backyards, the release continued.

“Police located a homeowner who had discharged their firearm at the man. The homeowner stated the man crawled through their dog door and was attempting to hide in the house.”

The suspect was not hit by the gunfire and was eventually found in the desert area behind the homes, where he was surrounded and was taken into custody.

Neither Wunsche or the person in the vehicle he hit were injured.

Boulder City Communications Manager Lisa LaPlante said the specifics about the Wunsche’s multiple warrants could not be released.