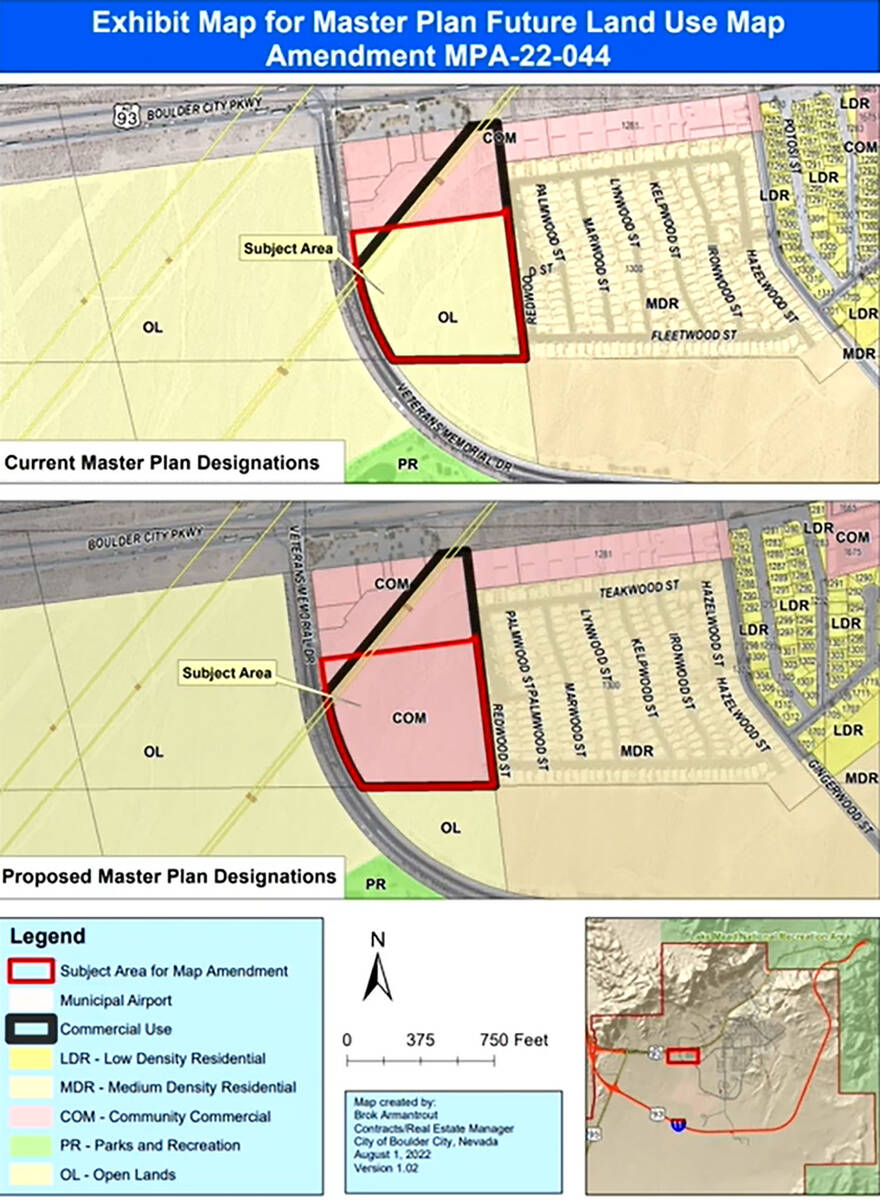 The land in question is 16.3 acres located southeast of Boulder City Parkway and Veterans Memorial Drive. Portions of the land are already zoned as community commercial. This proposal would change the remainder of the land from open lands to commercial.

The new grocery store and other associated retail would be built next to Gingerwood Mobile Home Park.

During the Aug. 17 meeting, many Gingerwood residents expressed their objections to this proposal, bringing up things such as unwelcomed groups of people being brought into town and how the shopping center would block their view of the mountains.

“I appreciate all of the comments from the Gingerwood residents. I completely understand when there is an unknown how it can create fear,” said Planning Commissioner Lorene Krumm.

One of the commissioners’ main concerns was the restrictions put on the land by the proposal. A deed restriction on the land ensures that development can only happen if a grocery store is built. On top of this, the city has yet to line up a potential buyer for the parcel who wants to build a grocery store.

“My personal opinion is that I hope this doesn’t happen. I’m not in favor of this. I think there are too many land mines in this, particularly with the deed restrictions,” said Commissioner Nate Lasoff.

Krumm compared this proposal to the ongoing recreational vehicle park project. She mentioned that the main difference between the two is how the RV park has a clear outline of how things are going to get done with presentations, maps and hard statistics.

The decision on whether or not a new grocery store in Boulder City can be built on the land depends on the voters now. A ballot question in the upcoming election will discuss the matter and, if residents are against selling the land specifically for a grocery store and related retail uses, it cannot be built there.

“This property cannot be sold if the voters do not support the sale of the property, specifically for the grocery store and associated retail,” said Community Development Director Michael Mays.

There is no set date for City Council to revisit the matter.