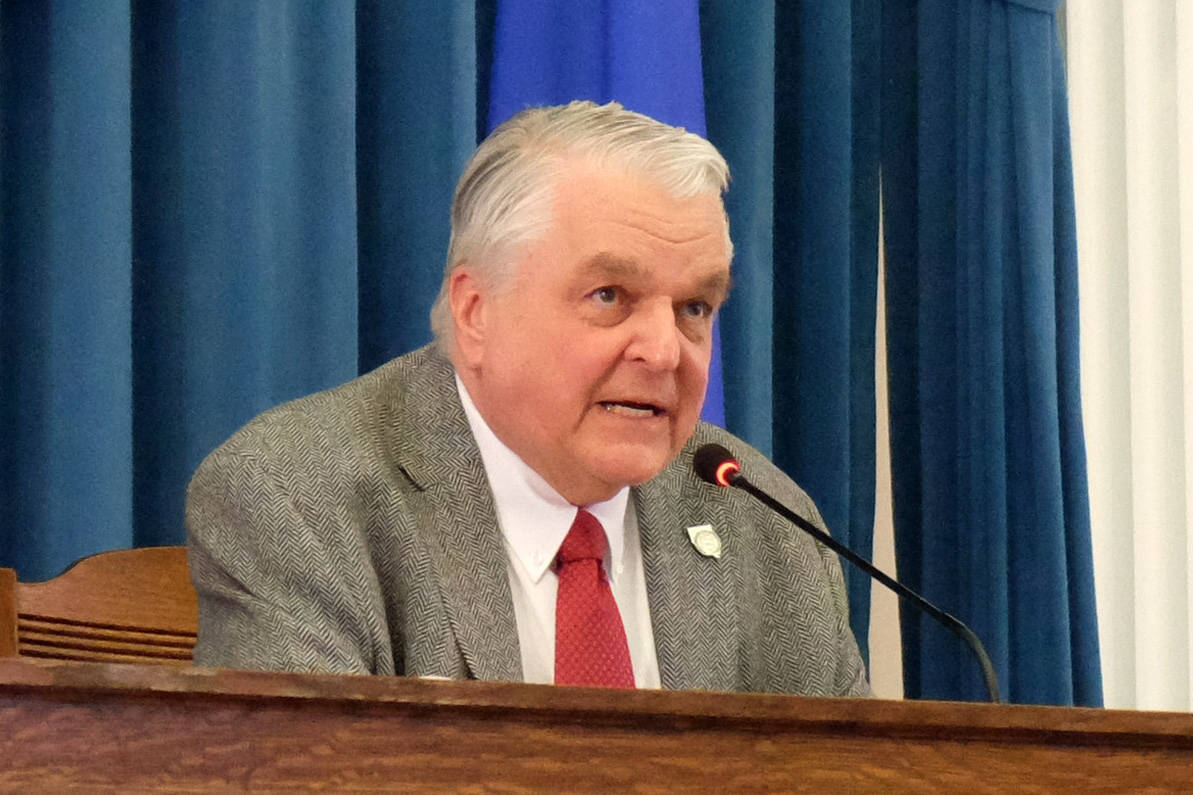 Gov. Steve Sisolak, seen in Carson City on April 16, announced Tuesday that Phase Two of the Roadmap to Recover begins Friday, May 29.

CARSON CITY — More of Nevada’s daily routines will return Friday, May 29, with limits, as Gov. Steve Sisolak announced Tuesday, May 26, night the further easing of COVID-19 restrictions, including gatherings for church services and the reopening of more businesses, such as bars and health facilities.

The governor, who canceled his live briefing late Tuesday afternoon due to a possible exposure to the coronavirus, delivered the news in a press release and a short conference call with reporters. Nevada will enter Phase Two of its plan to reopen the state economy and resume other aspects of daily life placed on indefinite hold 10 weeks ago amid the spreading pandemic.

And the governor confirmed a pre-Memorial Day prediction that the state’s casinos and other tourist attractions could resume June 4.

“We will certainly be welcoming visitors back to Nevada on June 4,” he told reporters. “We’ve taken every precaution possible. I don’t think you’re going to find a safer place to come than Las Vegas on June 4 with the protocols that we’ve put in place, the testing that we put in place.”

Entering Phase Two brings a significantly wider array of businesses back into operation, adding to those given the go-ahead in Phase One on May 9, including food establishments, The newly added businesses include:

▶ Gyms and other health and fitness facilities

▶ Sporting events, concerts and theater performances without an audience

Among those that remain closed:

“There are a lot of considerations at play here, and for our youth, we want to make sure we have a strong, safe plan in place,” he said.

Sisolak is said he would modify his rules for public gatherings, raising the size limit to 50, from 10. With that change, the governor also announced that places of worship will again be able to hold in-person services as long as they keep in-person attendance to under 50 and adhere to social distancing guidelines, including keeping people 6 feet apart.

“I am confident faith leaders will follow the guidance and restrictions necessary to protect the health and welfare of their communities,” the governor said.

The governor noted the positive trends across the board that made moving to Phase Two possible: The rate of people testing positive has declined for 31 days and is now at 6.5 percent. Hospitalizations have declined for 35 days. Testing and lab capacity continue to expand and have surpassed the goal of 4,000 tests per day. Monday saw 9,325 test results reported, Sisolak said. Contact tracing efforts are also expanding.

Despite the additional rollbacks, the governor again urged people to wear face coverings in public and “maintain at least 6 feet of social distancing when you are out in public and around people from other households.”

The governor said the time frame for Phase Two would be similar to the initial phase, lasting two to three weeks.

“It could go a little slower than that. We could have to roll things back if data doesn’t continue to come in the way we like to see it or numbers don’t look good,” he said. “You need 14 days to get a sense of how these things are progressing.”

Sisolak initially had scheduled a 5:30 p.m. press conference to make the announcement, but canceled it shortly before that start time after he was informed that he may have been potentially exposed to the virus during a visit he made to a workplace last week “where an employee — who was not in the building at the time — has since reported testing positive for COVID-19.”

“I want to be clear: I feel fine and I am not experiencing any symptoms of COVID-19,” the governor said in his statement. “I hope Nevadans can use this as a learning lesson, if you have been exposed, or if you know someone who has been exposed, go get a test, even if you’re asymptomatic. It’s that easy.”

He later declined, when asked by reporters, to give more details on the circumstances of his possible exposure.

The cancellation, and later technical difficulties that prevented a prerecorded video announcement the governor had planned, drew widespread consternation and criticism on social media — much of it a reflection of how much the announcement had been anticipated.

Roadmap to Recovery Chart by Boulder City Review on Scribd