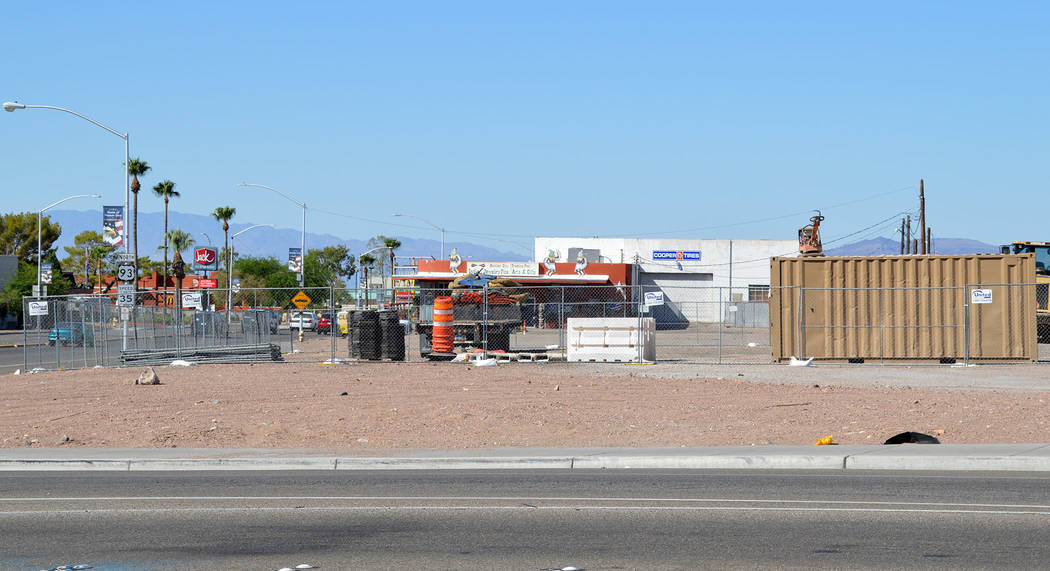 (Celia Shortt Goodyear/Boulder City Review) The staging area for Boulder City's complete street project, which started Monday, is at the corner of Boulder City Parkway and Buchanan Boulevard. The work will be done in 10 phases and is expected to take 10 months to complete. 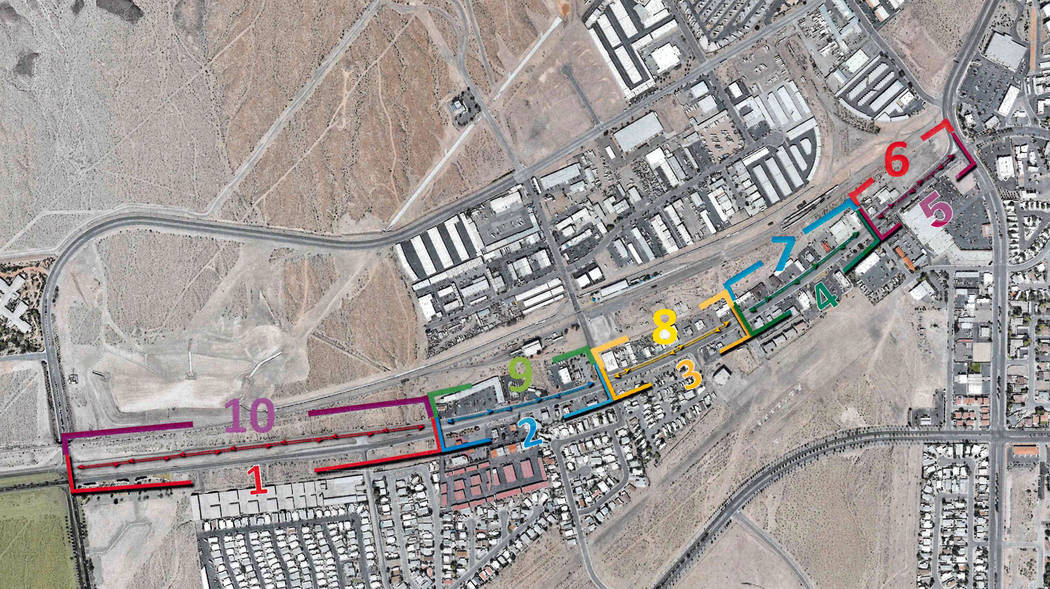 (Boulder City) The city's complete street project on Boulder City Parkway will be done in 10 phases. Phase one started Monday and affects Veterans Memorial Drive to the Rebel gas station.

The long-awaited complete Streets project to improve Boulder City Parkway began Monday and is expected to continue for 10 months.

The $17.5 million project will renovate the street and sidewalks on Boulder City Parkway from Buchanan Boulevard to Veterans Memorial Drive to be safer and more aesthetically pleasing by installing landscaped medians, pedestrian crossings, curbs, gutters, sidewalks and driveways. Upgrades will be made to the sewer main and water systems, including installing new fire hydrants and an irrigation system.

“There will be lane closures to facilitate the work,” City Engineer Jim Keane said. “Access will be provided to all businesses during construction. We divided the project into smaller phases so that the whole corridor from Veterans Memorial Drive to Buchanan Boulevard is not under construction all at once for the … duration of the project.”

Keane said the first of the 10 phases for the project will start at Veterans Memorial Drive and end at the Rebel station on the south side of Boulder City Parkway.

The city is responsible for $596,780 of the project, which includes the sewer and water system improvements, new fire hydrants and amenities such as bike racks, benches and trash cans.

The Nevada Department of Transportation and Regional Transportation Commission of Southern Nevada are responsible for the rest of the project’s cost.

The guaranteed maximum cost for construction is about $15.9 million, according to construction manager American Civil Constructors, which does business as Meadow Valley Contractors. These costs will be covered by RTC.

NDOT is providing $640,000 for more in-depth repairs to the asphalt on the stretch of Boulder City Parkway included in the project.

“Most of the existing asphalt will be a 1-inch mill and overlay, but there will be portions with complete reconstruction where the pavement is failing,” Public Works Director Keegan Littrell said.