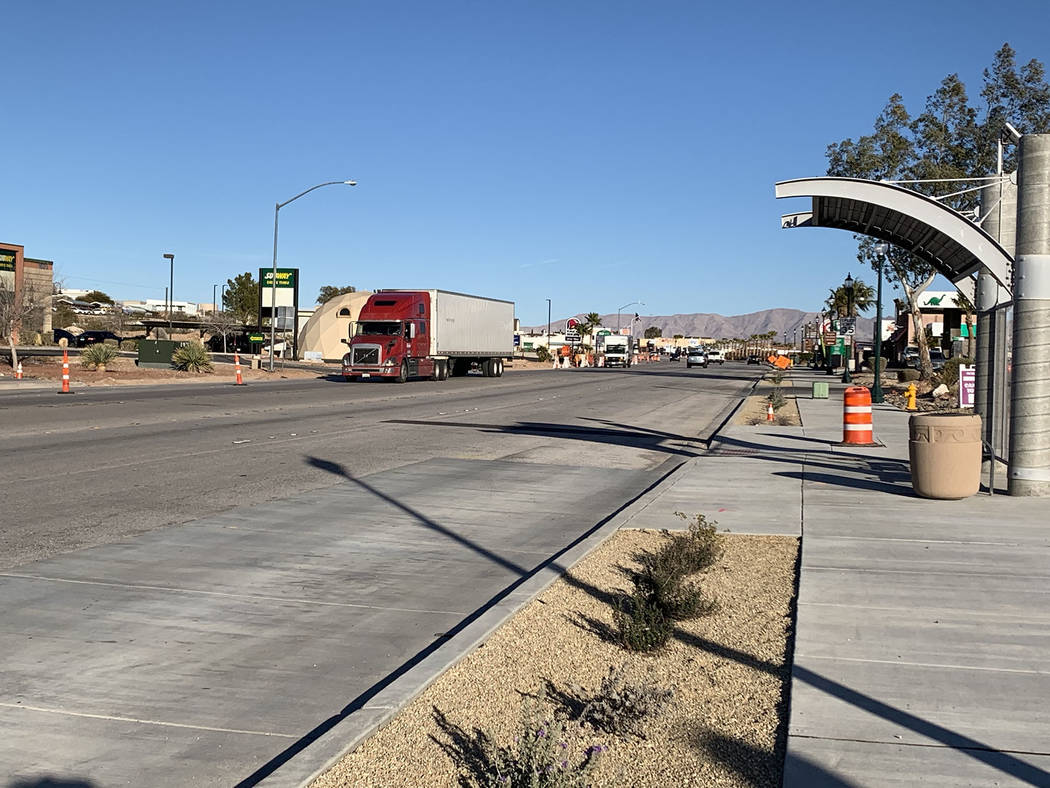 (Hali Bernstein Saylor/Boulder City Review) Work on the complete street project on Boulder City Parkway, as seen on Friday, Jan. 10, is on schedule and should be finished this summer.

Boulder City’s complete streets project is on time and on schedule to be finished in the summer.

The $17.5 million project is renovating the street and sidewalks on Boulder City Parkway from Buchanan Boulevard to Veterans Memorial Drive, making them safer and more aesthetically pleasing by installing landscaped medians, pedestrian crossings, curbs, gutters, sidewalks and driveways. Upgrades are being made to the sewer main and water systems, including installing new fire hydrants and an irrigation system.

According to Jed Wheeler of American Civil Constructors, the contractor in charge, work started on the project at Veterans Memorial Drive in mid-August. The project has 10 phases, which are being worked on at the same time due to Nevada Department of Transportation requirements, removing and installing landscaping and other improvement items and coordinating right-of-way and access issues for businesses and NDOT.

The city is responsible for $596,780 of the project, which includes the sewer and water system improvements, new fire hydrants and amenities such as bike racks, benches and trash cans.

NDOT and Regional Transportation Commission of Southern Nevada are responsible for the rest of the project’s cost.

The guaranteed maximum cost for construction is about $15.9 million, which is being covered by RTC. NDOT is providing $640,000 for more in-depth repairs to the asphalt on the stretch of Boulder City Parkway included in the project.

American Civil Constructors, which does business as Meadow Valley Contractors, is providing periodic updates at https://www.facebook.com/MeadowValleyBoulderCityParkway.