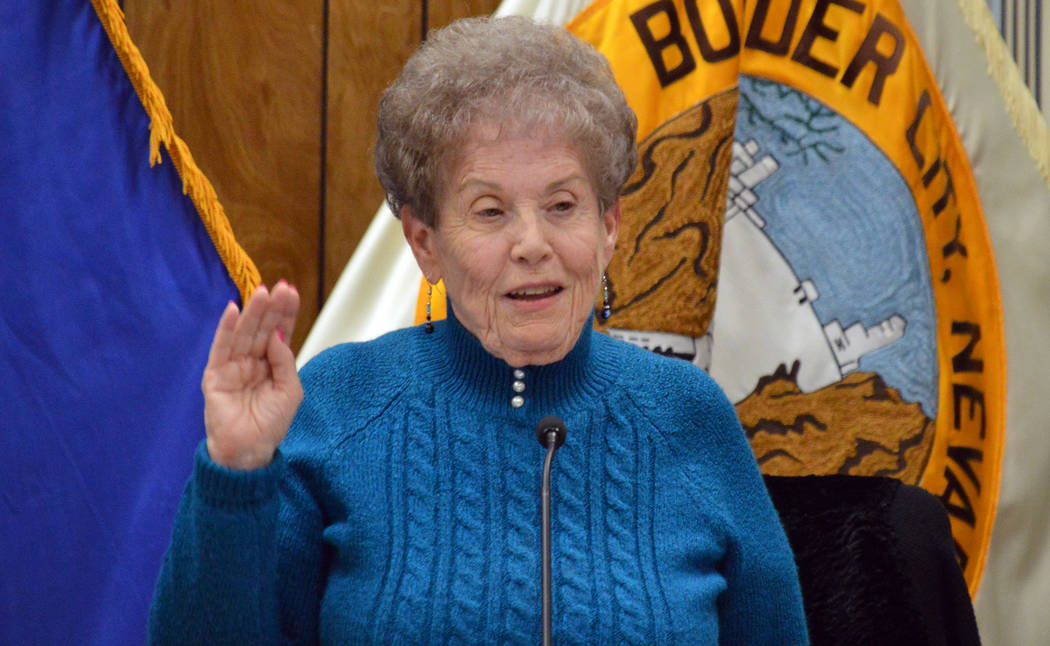 The city will obtain an appraisal for a vacant cottage at ABC Park, approving a resolution to have staff move forward with the process after a local nonprofit expressed interest in leasing it.

At Tuesday’s, Dec. 10, meeting, Brok Armantrout, city contracts/real estate manager, said Lend A Hand of Boulder City was interested in leasing Cottage 3 at the park, 801 Adams Blvd., and the city charter requires an appraisal before city-owned land is leased.

Lend A Hand, which helps senior citizens and disabled citizens have independent lives, operates out of a building near St. Christopher’s Episcopal Church at 400 Utah St.

“As much as I would hate to lose them as wonderful across the street neighbors, I think it’s great that they might have the possibility of … not having to store walkers in the bathroom,” said Councilwoman Claudia Bridges. “Having had a tour of their current facility, I really understand why they need some more space. I think it’s a great idea.”

“I’ve used them, and I know all my neighbors have used them, and they’re fantastic,” said Councilwoman Judy Hoskins. “It’s a good service, so if we can possibly accommodate them, I think we should.”

“I think it’s a great use for a building we have … . I definitely think this a great idea,” added Councilman James Howard Adams.

Councilwoman Tracy Folda, however, was apprehensive about the timing of the request.

She said she thinks that nonprofits benefit the community and that Lend A Hand has a “great need” for more space, but was concerned about making this decision without having the results of the city’s facility survey.

“So my concern would be to approve an appraisal that down the road we realize we might need more space for a particular group within the city and then not be able to follow through with that,” she said. “So I don’t want to … turn this down, but I do think the timing is just really awful.”

City Manager Al Noyola said staff had reached out to Stantec, the company doing the city’s facility survey, and asked if Cottage 3 at the park was earmarked for any uses, explaining about Lend A Hand’s request.

He said the company saw the cottage as an excess facility that would be leased out at some point and there was no current city need for it.

Folda said it was still difficult to make a decision without knowing the specifics of the report. She said she also had heard that the Parks and Recreation Commission was looking for a more permanent location for the Safekey program and Cottage 3 could fit that need.

Mayor Kiernan McManus said he understood what Folda was saying and agreed it causes some “consternation.”

“But I think whatever were to happen with this building, we’re going to need an appraisal … . We need to find out what is in there because there’s been a lot of talk about various buildings at ABC Park, including tearing them down,” he said. “I still think we’re safe at this point to move ahead with the appraisal.”

McManus said he also understood Lend A Hand was requesting to lease the cottage, but the council was not yet to that point.

“What we’re trying to do right now is just establish the value of the building,” he said.

Barbara Paulsen, a member of the board of trustees for Lend A Hand, said they were pleased the council had approved the resolution seeking an appraisal. She said they were also looking forward to working with staff and hoped that Lend A Hand will have a new home at ABC Park.

According to Boulder City Communications Manager Lisa LaPlante, Stantec’s facility survey was supposed to be completed and presented to council in November. The city, however, asked for more information to be included. She said they are hoping it will be ready in early 2020.

Also at Tuesday’s meeting, McManus removed his agenda item requesting council discuss removing Tract 349’s Redevelopment Agency designation. He said City Attorney Steve Morris told him that state law prohibits removing anything from the RDA so he was withdrawing the item for that reason.