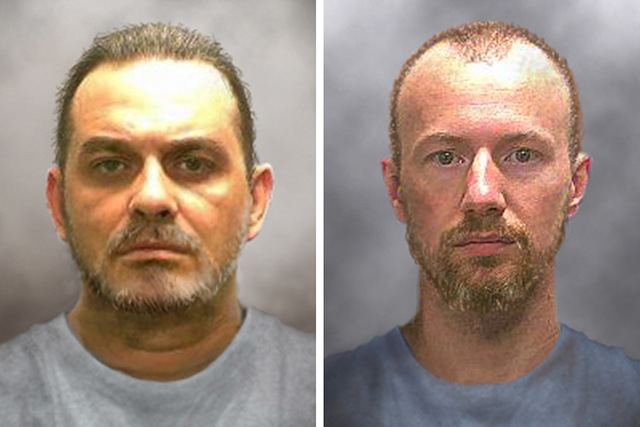 “Matt has been shot, he’s down,” Lenny DePaul, a former U.S. Marshal told CNN. DePaul said he believes the shooting occurred in Malone, New York, but had no confirmation. “They stuck together,” he said.”They needed each other.”

Matt apparently shot at a driver in a camper near Malone, a federal law enforcement source said. The driver called 911. When officers arrived, gunfire erupted and Matt was shot dead.

The shooting occurred on a day the New York State Police reported that Matt and Sweat might have been headed to Canada.

Investigators were conducting DNA tests on potential new evidence, a source close to the investigation said.

A reported burglary led police to a cabin on Thursday in the town of Malone, State Police spokesman Beau Duffy told CNN.

Evidence found in the cabin was being tested, he added. At the time, the fugitives had not been seen, but “we’re certain that the evidence is conclusive,” State Police Maj. Charles Guess said Friday at a news conference.

More than 1,100 law enforcement officers have been pursuing new leads with a “high degree of confidence,” Guess said.

Two prison employees have been charged in connection with the men’s elaborate June 6 breakout, and the accusations against them highlight a series of apparent security lapses.

Investigators from the New York State Inspector General’s Office are looking into possible breaches of security protocols that allowed Matt and Sweat to escape, setting police on a vast and costly manhunt for the past three weeks.

Other agencies are conducting investigations at the prison.

As the investigations into shortcomings at Clinton continued, hundreds of law enforcement officers had been searching for Sweat and Matt in a densely wooded area roughly 20 miles west of the prison.

The fugitives are also believed to have burglarized a hunting cabin in the small rural community of Mountain View, New York.

Searchers had been combing the thick vegetation in the surrounding area.