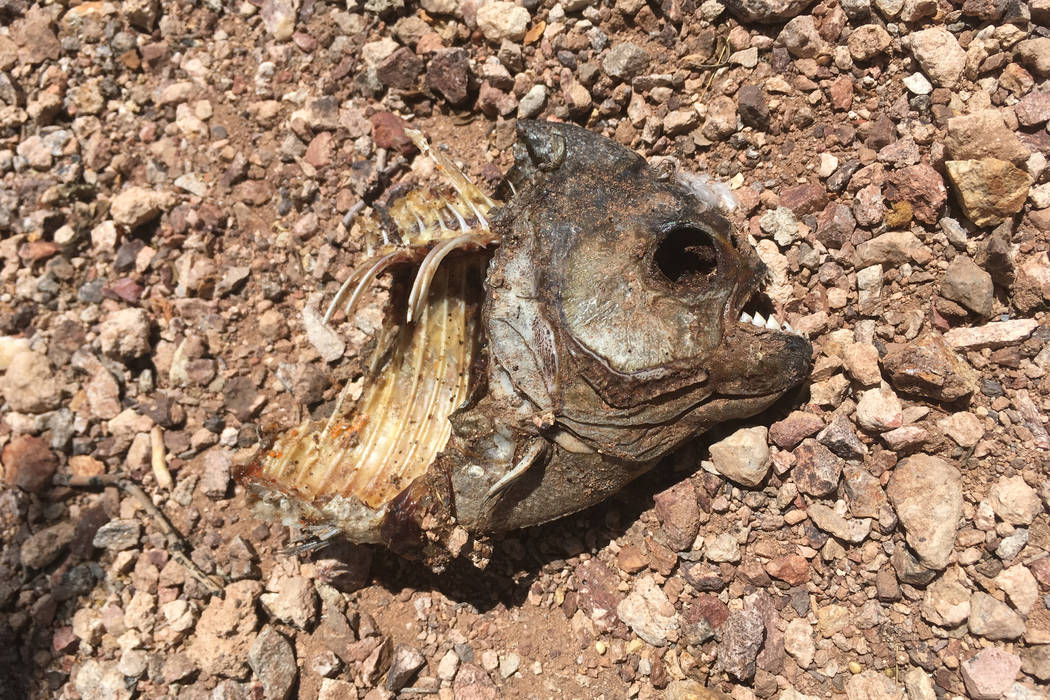 Stephen Symes Stephen Symes discovered the carcass of what appears to be a piranha at the lower pond at Veterans Memorial Park on Saturday. It was the second of two fish he saw that day.

If there are piranha lurking in the ponds of Boulder City, they are wily.

After the carcass of what appeared to be a piranha was found last week on the shoreline of a pond at Veterans Memorial Park, state wildlife officials set nets to see if they could catch any of the South American flesh-eating fish.

“We put out four nets, two in each pond, and found nothing,” Department of Wildlife spokesman Doug Nielsen said Friday. “Obviously, if somebody does catch another one, we’d like to have them give us a call. Bring it in to us or take photos, but don’t release it.”

Authorities were alerted to the possible presence of piranha in the ponds by a local resident’s Facebook post earlier showing the head of a sharp-toothed fish that Nielsen said looks like a piranha.

He said Department of Wildlife biologists can’t be certain without conducting a flesh test on the fish, however, and none is planned.

Nielsen said the decomposed fish head is probably another case of “aquarium dumping” or experimentation by “bucket biologists,” who put non-native fish in Nevada’s ponds and lakes.

The result is often disastrous for native species.

That was the case about 15 years ago when someone released Northern pike in Comins Lake, southeast of Ely, that “destroyed a world-class trout fishery,” Nielsen said.

Nielsen said anyone with information about piranha sightings, aquarium dumping or illegal transplanting of non-native fish should call the Department of Wildlife’s hotline at 1-800-992-3030.