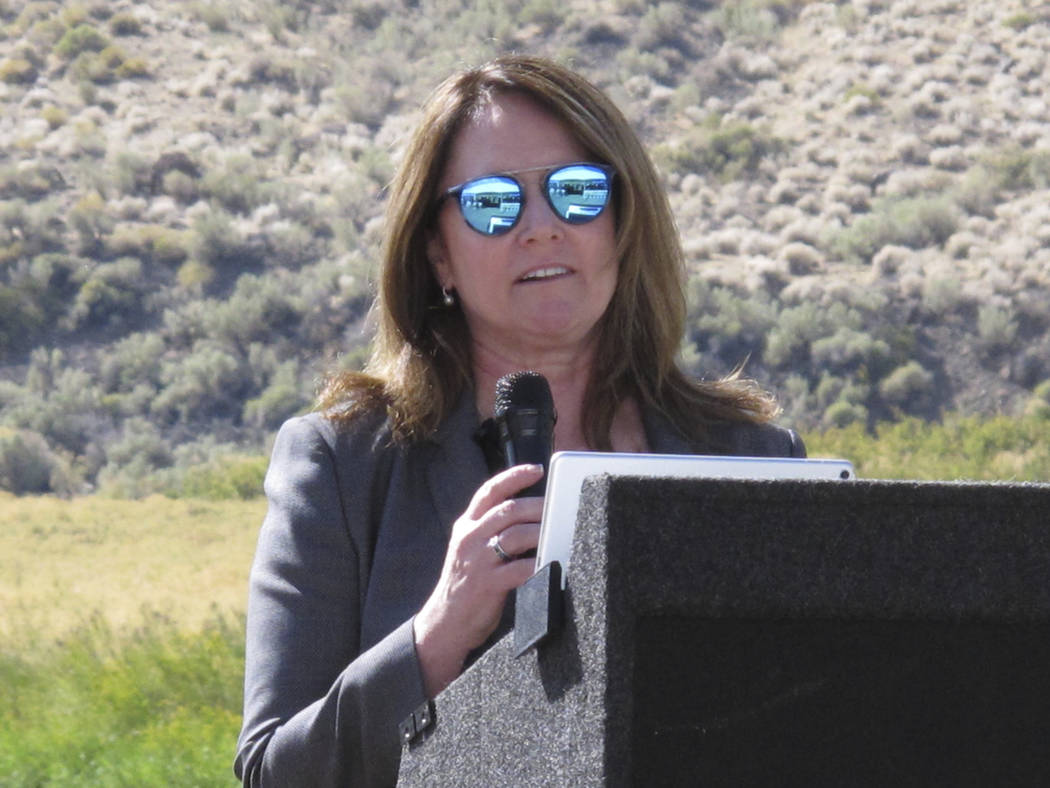 U.S. Bureau of Reclamation Commissioner Brenda Burman, seen at the September ground-breaking ceremony for a $23.5 million fish passage project at the Truckee River's Derby Dam, said the state has been a leader in conservation efforts, reducing demand on the Colorado River.

In Las Vegas for the Colorado River Water Users Association’s annual conference, Burman declined to say, however, whether she sees Nevada’s share of the river’s water increasing, even though it draws the least amount of water than any other state.

Instead she said Mexico and seven Southwestern states served by the river were focused on working within the existing rules and regulations, known as the “Law of the River.”

In an interview with the Review-Journal, Burman said that “desalination is going to be part of the answer” to reducing draws on the river, noting that California has already made major investments on that front, and talks between Mexico and lower basin states have questioned whether desalination is possible in that country.

“We all really need to be looking at an all-of-the-above approach,” she said about viable long-term solutions to river sustainability.

A major step to protect the river, which has been in drought dating to 2000, occurred in May when top water officials celebrated completing emergency drought plans. Nevada was one of three states to agree to voluntarily cut river use and leave more in Lake Mead while other states vowed to send more water downstream.

In August, the Bureau of Reclamation announced that Lake Mead, which supplies Southern Nevada’s water, would begin 2020 slightly below the level that triggers voluntary conservation. But Nevada users save about seven times more water right now than the amount of conservation that will be needed, the bureau said.

Lake Mead and Lake Powell in Utah, the river’s second-largest reservoir, were essentially full in 1999. The storage staved off a difficult situation amid the river’s running drought, according to Burman. And while there have been occasional calls by some to drain Lake Powell, she said its importance is reflected in its role during the drought to avert a crisis.

Federal officials, river users and others have built trust and strong relationships in order to manage the basin and address risks, Burman concluded.

“Whatever the next step is, we’ll build on that,” she said. “And that’s what we do in this space.”

The three-day annual conference culminated with a tour of Hoover Dam with federal officials. It followed a keynote speech by Secretary of the Interior David Bernhardt.