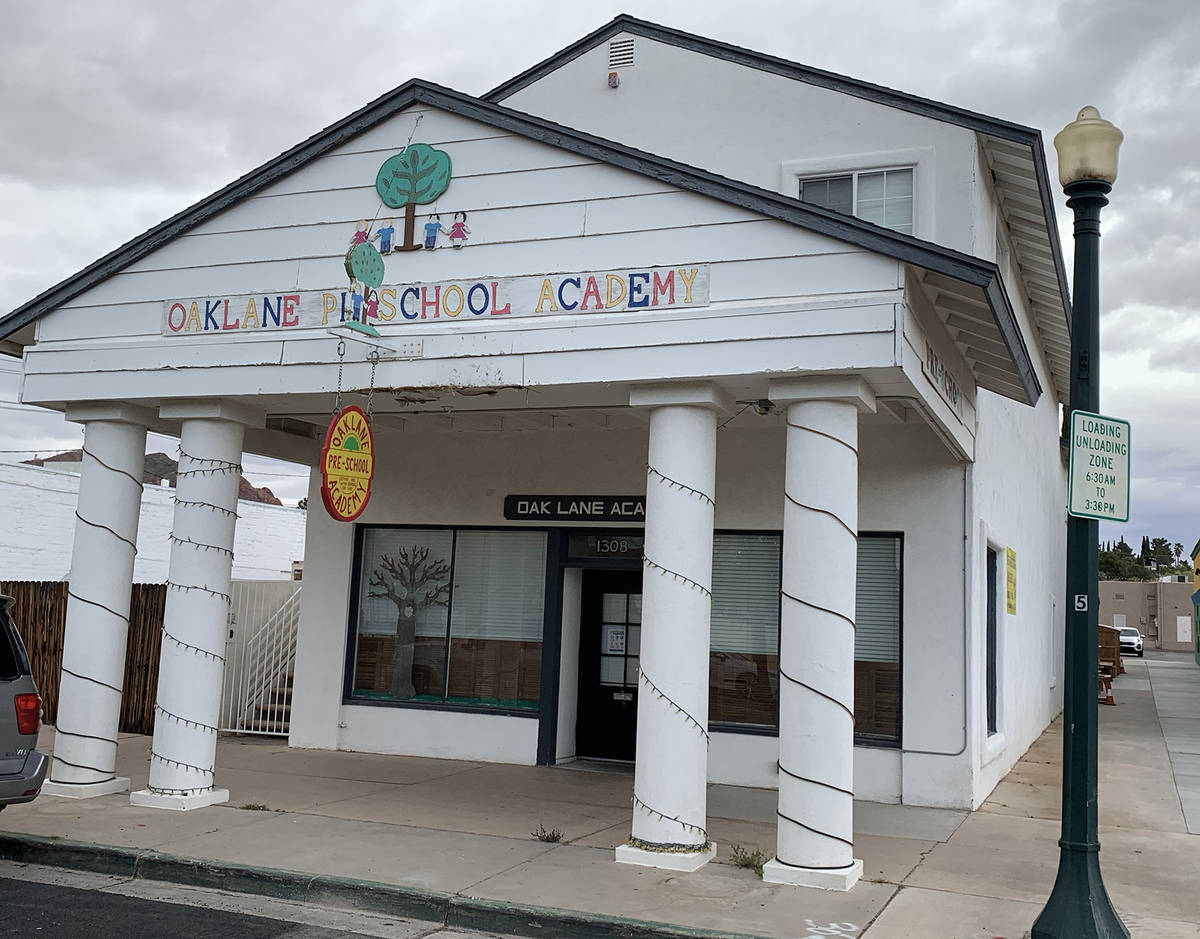 Oaklane Preschool Academy has permanently closed, becoming another casualty of the global pandemic.

“As we have all observed, in recent weeks the coronavirus outbreak has brought uncertainty and challenges to our families and businesses throughout Southern Nevada and around the world.

“Acknowledging that reality, and with much sadness, I have made the difficult decision to close Oaklane Preschool Academy …,” wrote owner Carole Gordon in a letter to parents.

Gordon said the virus and new preschool being built next to Oaklane on Wyoming Street contributed to her decision, as did heartfelt conversations with her children and family.

“At my age, I can’t be near children” and risk getting sick, she said, adding that with her students already at home it was a “perfect” time to close the school that she opened in 1976 — Boulder’s City’s first preschool.

The closure was effective March 31.

Gordon said she will now have more time to spend with her five children and 13 grandchildren, traveling to Philadelphia and Maryland, where some of them reside.

She said she also will attend a family reunion in August in Cape May, New Jersey, and go on a pilgrimage to the Holy Land with her son, Monsignor Gregory Gordon.

“When I go away, I won’t have to worry about the school.”

Though the decision alleviated some of her worries, Gordon said she was deeply saddened by the decision, which brought tears to her eyes as she discussed it.

Gordon has taught three generations of family at Oaklane in the past 44 years.

“Working with the children has been fulfilling, exciting and rewarding,” she said. “I have seen them grow socially, emotionally, physically and academically.”

“As the very first student at Oaklane Academy, I am grateful for all that you accomplished over these last 44 years, and for the incredible education you provided to me and to generations of children and families growing up in Boulder City,” wrote her son Richard Gordon, a lawyer in Las Vegas. “Oaklane has been a living legacy in our community for almost half a century and, Mom, you have been its spirit and life from the beginning.”

“Oaklane has been such a vital part of three of my grandsons’ lives. The curriculum Mrs. Gordon has taught for multiple generations set my grandsons on a path to excellence. Words cannot begin to express my gratitude to Mrs. Gordon and her staff,” said Marisue Barnes. “My oldest grandson attended Oaklane 2003-2007. He is now in his second year of college and is a remarkable student. Thank you Carole!”

“Our boys had such a great time there. We loved their old-school approach, vintage toys and no-nonsense teachers,” said Crystal Randall. “Gonna miss these ladies!”

Randall said Oaklane was more than day care. “They were learning and doing things every day that helped mold them into confident and independent kids.”

Gordon said her affection for her students made going to work every day less like a job and more like a labor of love.

She is a graduate of Temple University’s teachers college.

She said she is looking forward to the next chapter in her life and plans to continue learning something new every day. Additionally, she said she hopes to complete the children’s books and English/Spanish operettas she began writing decades ago.

“I will never forget what a blessing and privilege it has been to have touched the lives of so many children in these last 44 years.”