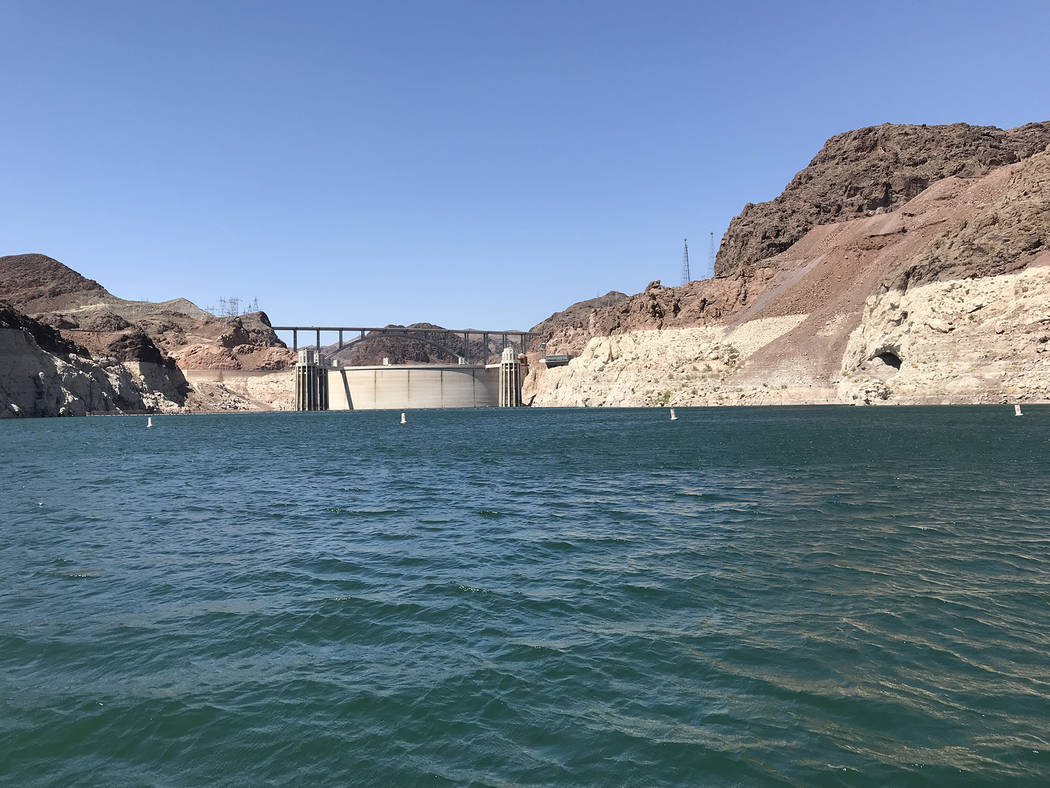 The Bureau of Reclamation doesn't expect any impacts on use of water from the Colorado River for 2020 after this year's above-average snowpack and ongoing conservation efforts.

Lake Mead, which supplies Southern Nevada’s water, will still start 2020 just below the level that triggers enhanced voluntary conservation by users in Nevada, Arizona and Mexico, according to projections in a report released Aug. 15 by the federal Bureau of Reclamation.

Nevada users, however, already save about seven times more water than the amount they will need to conserve in 2020, meaning no curtailment in use next year.

“We’re not going to have a shortage in 2020,” said Terry Fulp, director of the bureau’s lower Colorado region.

Water from the Colorado River serves 40 million people in seven states and Mexico. The system is at 55 percent of capacity, up from 49 percent a year ago.

The bureau projects that Lake Mead on Jan. 1 will be just inches below the level that triggers voluntary reductions in Arizona, Nevada and Mexico.

But the authority, through existing conservation efforts, used only 244,000 acre feet of the state’s allotment in 2018, conserving nearly one-fifth of the state’s total, or seven times the amount it needs to save in 2020 under the drought plan.

Spokesman Bronson Mack said the authority was on track to realizing a 75,000-acre-foot reduction in 2019, to 225,000 acre-feet, one-quarter below the state’s allotment. That’s also 100,000 acre-feet less than the amount drawn in 2002, the authority’s highest-use year and the year drought was declared, he said.

“We’re providing more people with less water than we did in 2002,” Mack said.

An acre-foot of water is 325,851 gallons — roughly the amount used by two area homes in a year.

“While we appreciate this year’s above-average snowpack, one good year doesn’t mean the drought is over. We must remain vigilant,” bureau Commissioner Brenda Burman said in a statement accompanying the report.

The bureau cautioned that the Colorado River Basin is still beset by its worst-ever 20-year drought, dating to 2000. This period is also one of the driest over the past 1,200 years.