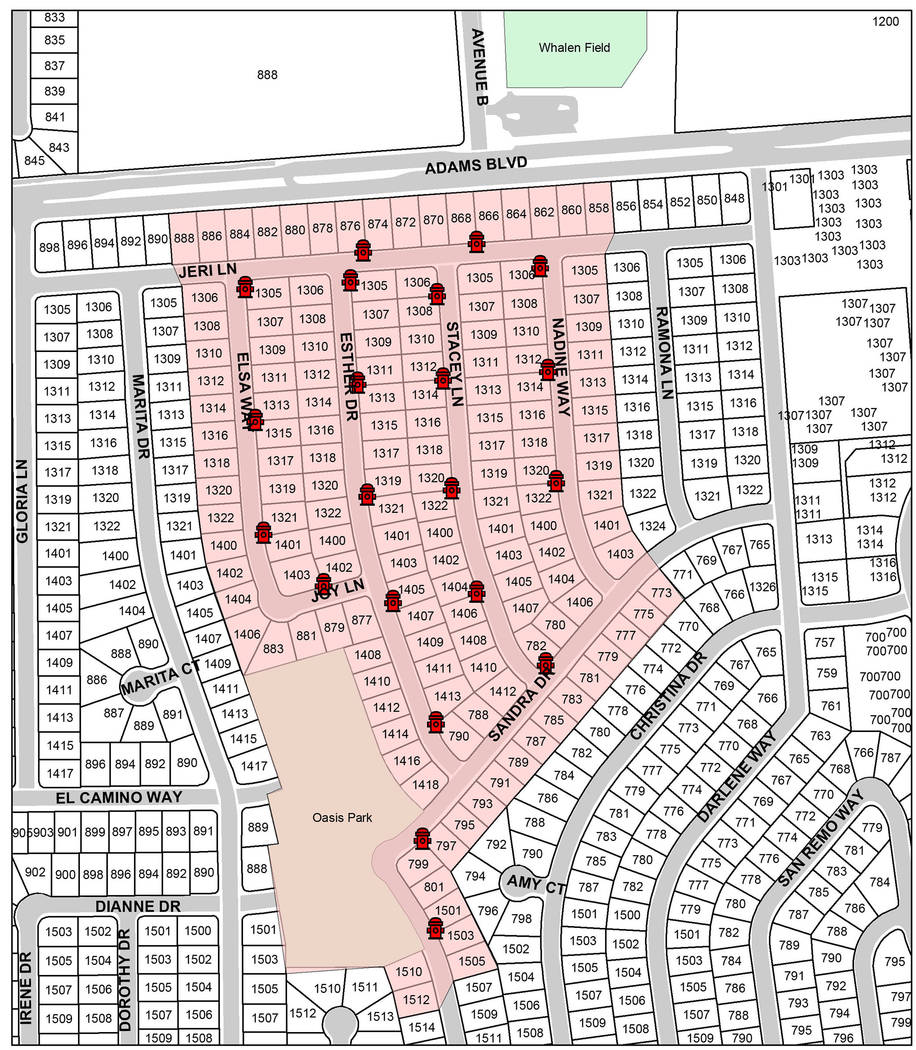 Water to be shut off for a day for equipment replacement

According to the city, 155 homes on Elsa Way, Esther Drive, Jeri Lane, Joy Lane, Nadine Way, Sandra Drive and Stacey Lane will have no water from approximately 7:30 a.m. to 6 p.m. The water main will be turned off, so the underground work can be at several locations on the streets.

Council will choose how to fill vacant seat

Filling the seat recently vacated by the death of Councilman Warren Harhay will be at the discretion of the City Council.

According to Communications Manager Lisa LaPlante, the council will determine whether to appoint someone or hold a special election to serve the remainder of his term, which goes until June 2021.

Any potential appointee must be a qualified elector, must have lived in Boulder City for at least two years and be appointed within 30 days of the decision. A special election could cost between $30,000 and $40,000.

The next City Council meeting is Nov. 12.

The Boulder City Review is seeking entries for its third annual Christmas cookie and confection contest.

After two successful years, the contest has expanded to include a category for candy and confections.

Entering is easy. Simply bake a dozen cookies or create a dozen confections and bring them along with a copy of the recipe to the Boulder City Review office by noon Nov. 14. There is no entry fee.

Each entry will be judged on its appearance, availability of ingredients, ease of preparation, taste and shelf life.

Winners will be notified by Nov. 21, and their recipes will be featured in the Boulder City Review’s special Taste of the Holidays issue Dec. 5.

Bakers and candymakers are welcome to enter as many times as they wish.

The contest is open to anyone except employees of the Boulder City Review or Las Vegas Review-Journal Inc. or their relatives.

The Boulder City Review is at 508 Nevada Way, suite 1.

No injuries in Friday’s plane crash

An L-39 airplane crashed after landing at the Boulder City Municipal Airport on Oct. 25.

According to the Federal Aviation Administration, the plane is registered to Istvan Kalmar, who said the brakes overheated and “made the runway short.”

He also said the aircraft ran off the runway and “badly pushed a fence over” but that “nobody even had a scratch.”

Preliminary reports indicate that the airplane crashed after landing at the airport, FAA spokesman Allen Kenitzer said in an email. The aircraft, which sustained minor damage, ran off the runway and struck a perimeter fence.

Kenitzer said local authorities reported that two people were onboard.

The L-39 is a single-engine military aircraft designed and manufactured by Aero Vodochody for the Czechoslovakian Air Force, according to Airforce-technology.com.