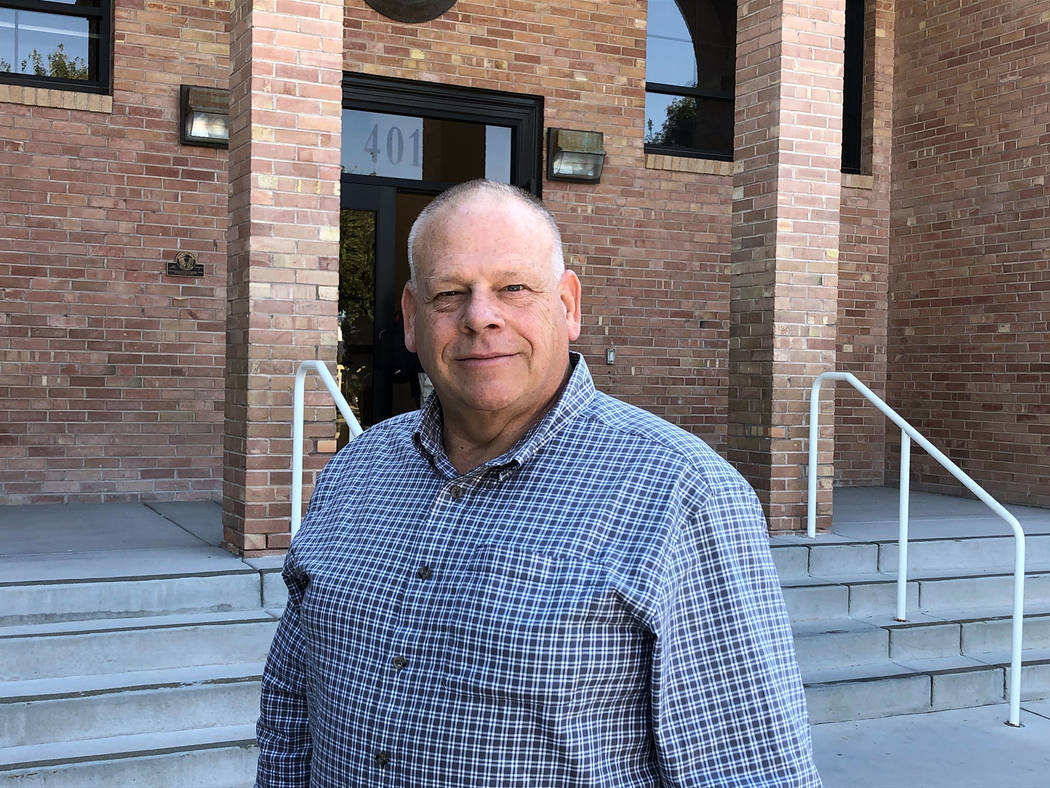 Williamson replaced Jennifer Lopez, who left the city in December to take a job with the Clark County Department of Aviation.

“Boulder City Airport is such an important part of this historic community, and I look forward to what we can achieve here,” he wrote in a city news release. “I’m planning to work with staff and our stakeholders as we tackle several challenges in the coming months. I’m ready to hit the ground running.”

Williamson was manager of Washington’s Pearson Field Airport in Vancouver, Washington, from 2008 to 2018. From 2004 to 2008, he was airport manager for Falmouth Airport in Falmouth, Massachusetts. He was hired after a national search.

“Airport manager is a vital position as over 200,000 tourists took part in air tours last year from the Boulder City Airport,” said City Manager Al Noyola in a news release. “Mr. Williamson has extensive experience in airport management, and we are glad to have him on our team.”

Williamson is a graduate of Mendocino High School in Mendocino, California, and has a bachelor of science degree from Embry-Riddle Aeronautical University. He also holds airman certificates including fixed-wing pilot, turboprop flight engineer, and airframe and powerplant mechanic.

The dining room at McDonald’s local location, 1237 Boulder City Parkway, is closed for renovation, but the restaurant’s drive-thru is open.

According to Boulder City Community Development Director Michael Mays, McDonald’s is doing an interior remodel with electrical and restroom upgrades. A building permit was issued Aug. 13. No timeline was submitted for the project, which is estimated to cost $90,000.

The Clark County Planning Commission approved allowing the Pro Gun Club, located just outside of Boulder City near the Eldorado Valley, to install a sign on its water tower.

Owner and applicant Aristotelis Eliades said the water tower is at the northwest corner of the property and a half mile away from Interstate 11. He presented the sign’s design at the Oct. 1 commission meeting and requested the county allow it to be extended by 45 feet. The design includes 12-foot high letters that say “PRO GUN VGS.”

Boulder City Community Development Director Michael Mays said staff was concerned because, according to the Clark County master plan, signage should be compatible with the surrounding areas.

“I certainly understand Boulder City’s position in that they only want to give you what’s allowed by code, which would be a really small sign, probably as big as one of your letters here,” Commissioner Steve Kirk said. “That certainly wouldn’t be visible from I-11, but I get their perspective. … But we want you to succeed in your business. … I don’t have any problem with the sign you’ve presented to us here tonight.”

Commission Chair Edward Frasier III said that he could support the waiver and that the commission always looks at these applications on a case-by-case basis.

“I don’t have any heartburn supporting the application,” he said.

Do you love Halloween? Do you, a friend or neighbor create an outlandish display for the holiday?

The Boulder City Review is compiling a list of the Best Dam Halloween Haunts to be featured in the Oct. 31 issue. It could be fun or frightening, and if it’s in the spirit of the holiday, we want to know about it.

Please send details about the display, where is it located, your name and a telephone number to news@bouldercityreview.com by 5 p.m. Friday, Oct. 18.

Boulder City Police Department received a $46,600 grant from the Nevada Department of Public Safety, Office of Traffic Safety, to support the Joining Forces traffic safety campaigns during the coming year.

The grant will help underwrite the costs of having police officers work overtime to team up with other law enforcement agencies for Joining Forces events through Sept. 30, 2020.

“For the past 13 years the Police department has participated in the Joining Forces program,” Boulder City Police Chief Tim Shea said. “This multijurisdictional traffic enforcement program has specific goals of reducing injuries and deaths on the roadways within the state of Nevada.”