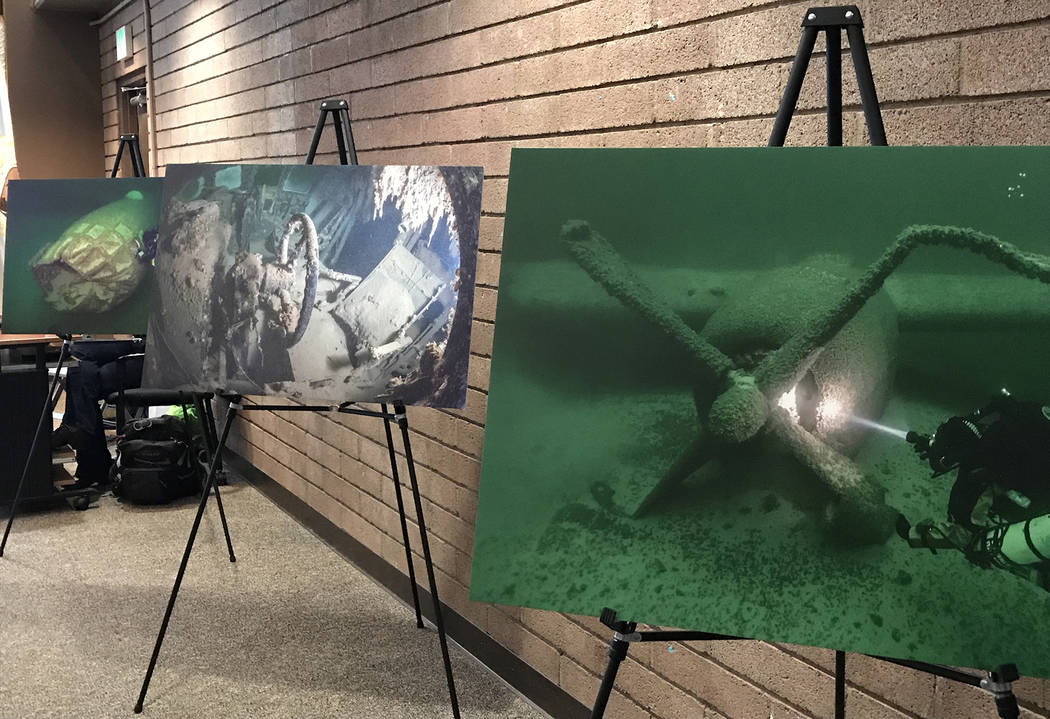 Photos taken of the B-29 Superfortress submerged at the bottom of Lake Mead were displayed at the July 2018 70th anniversary of its crash. The National Park Service is seeking comments about allowing commercial dives to the crash site.

Bridge work on northbound U.S. 95 may cause delays

Motorists traveling to Henderson this morning, June 6, should plan for slight delays as the Nevada Department of Transportation will close the outside travel lane along northbound U.S. Highway 95 between College and Horizon drives for bridge deck spall repairs. The closure is scheduled from 8 a.m. to 1 p.m.

For the latest state highway conditions, visit nvroads.com or call 511 before driving.

The National Park Service is considering issuing a limited permit for guided access to the B-29 bomber that crashed in Lake Mead in 1948 and is seeking comments about potential impacts on the historic aircraft.

The crash site was discovered in 2003. After divers conducted a thorough assessment of the plane and crash site, it was opened to limited permitted diving from 2008-2009 and 2015-2017. The site was listed on the National Register of Historic Places in 2011.

The park service stopped allowing dives to reassess the condition of the plane and is considering allowing visits to the site again.

The permit would specify technical qualifications for dive master, dive guide and diver, the client-to-guide ratio, the number of client dives per month and NPS monitoring of diving activities and the site’s condition. The park service’s underwater archaeological team checks the site at least twice per year.

The number of dives to the site might be revised depending on any impact to the aircraft.

Comments will be accepted through June 30 and can be made at parkplanning.nps.gov/document.cfm?documentID=95870 or via mail to Lake Mead National Recreation Area, B29 CUA, 601 Nevada Way, Boulder City, NV 89005.