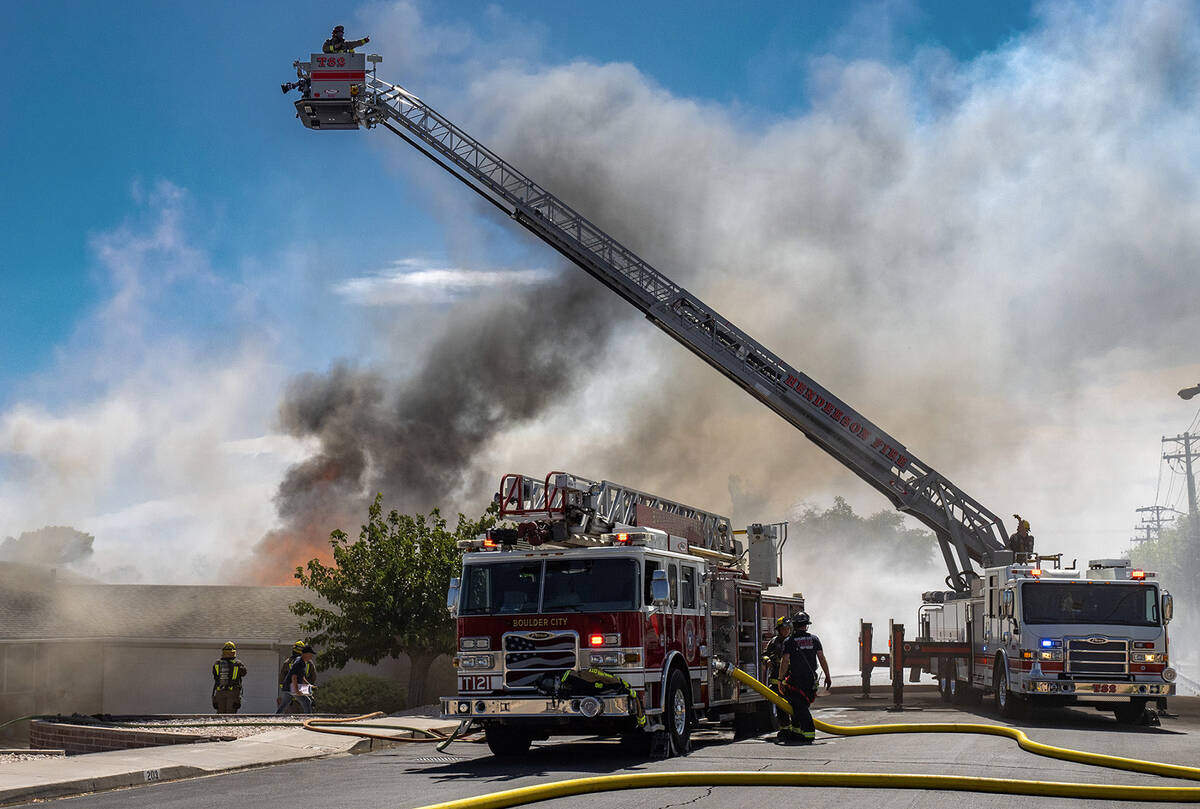 (Photo courtesy Andrew Cattoir) Boulder City firefighters work to extinguish a fire Friday, June 17, 2022, on the 200 block of Wyoming Street. Two home and a power pole were damaged in the fire. 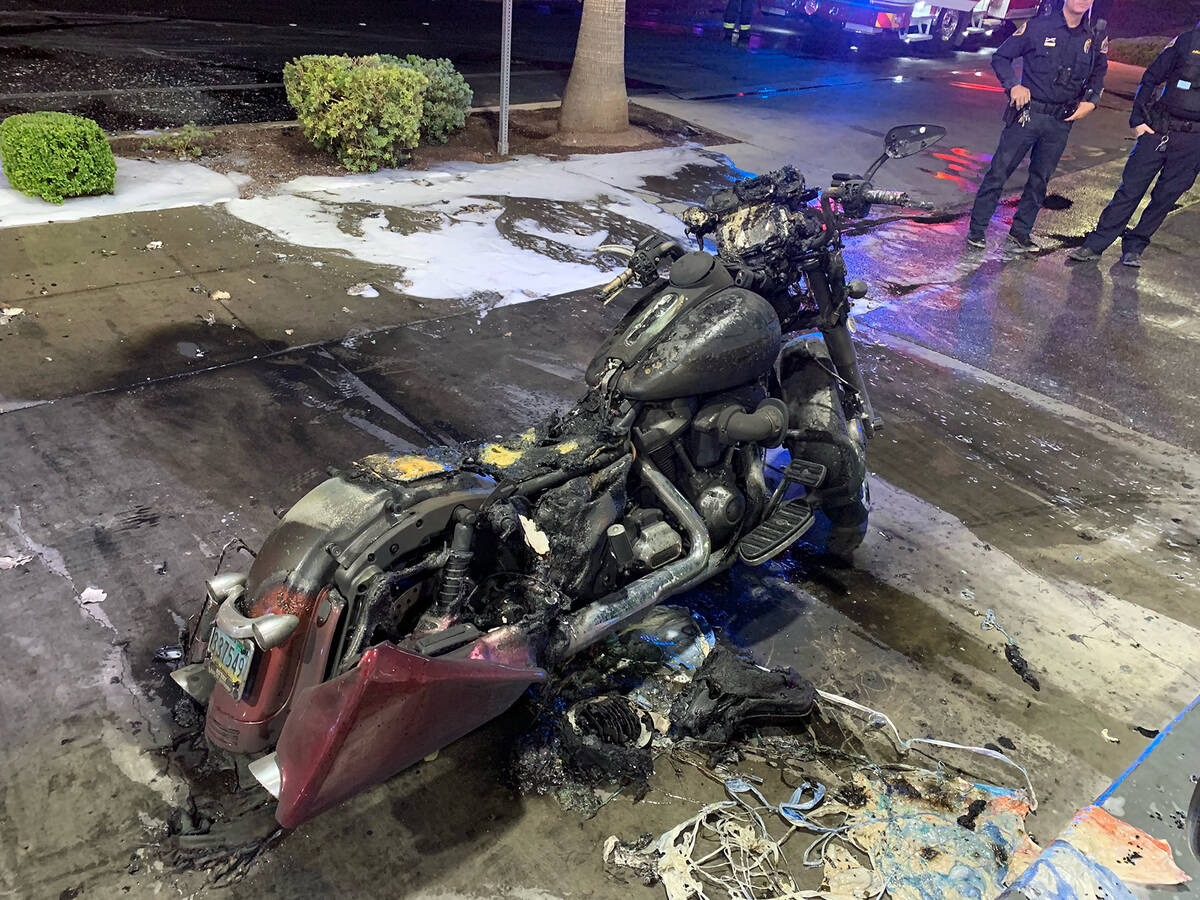 (Photo courtesy Boulder City) A motorcycle burst into flames as it was being refuled at 4:15 a.m. Tuesday, June 21, 2022, at the Chevron on Nevada Way. When Boulder City Fire Department arrived, the fire had spread to a pump and charred the overhang.

A fire Friday caused more than $1 million in damage to two homes and power pole in the 200 block of Wyoming Street.

According to Lisa LaPlante, communications director for the city, the 911 dispatch received a call about a grass fire in a backyard that was spreading to a residence at 2:49 p.m. High winds caused the fire to spread to a second house and a nearby power pole.

“The power pole caught on fire as a result of the fire,” said Fire Chief Will Gray. “We already had Boulder City Utilities linemen on scene when the power pole burned through, fell to the ground and the transformer exploded.”

The fire was extinguished at 4:41 p.m. The cause is undetermined at this time.

The first house was destroyed; the other suffered extensive damage. No one was injured. The people who were displaced made their own arrangements for lodging, LaPlante said.

A motorcycle burst into flames at 4:15 a.m. Tuesday as it was being refueled at the Chevron station on Nevada Way.

When the Boulder City Fire Department arrived, the fire had spread to a pump and charred the overhang, according to Lisa LaPlante, communications manager for the City.

The man was treated for injuries at the scene. Firefighters say the man was not smoking at the pump.

A man drowned Saturday at South Cove on Lake Mead.

National Park Service rangers received reports of a tri-hull vessel approximately 15 feet long taking on water over the bow due to high winds Saturday. Winds were reportedly between 18-23 mph with gusts as high as 36-40 mph on the lake.

Three men were aboard the sinking vessel; two were able to return to shore, rangers reported.

Park Service rangers coordinated with the Mohave County Sheriff’s Office to utilize side-scan sonar to locate and recover the body. The Mohave County Medical Examiner will determine the official cause of death and identify the victim.

No further information is available at this time.

Input sought on I-11 plan

A draft report about extending Interstate 11 through the Las Vegas metropolitan area has been completed and officials are seeking feedback to help identify any issues that should be considered before the study is finalized.

Based on evaluation criteria and extensive assessments, the central corridor alternative, currently Interstate 515 and U.S. Highway 95, was identified as the best performing route and has been recommended for interstate highway designation.

A virtual meeting and telephone town hall will provide opportunities for the public to comment on the study’s results.