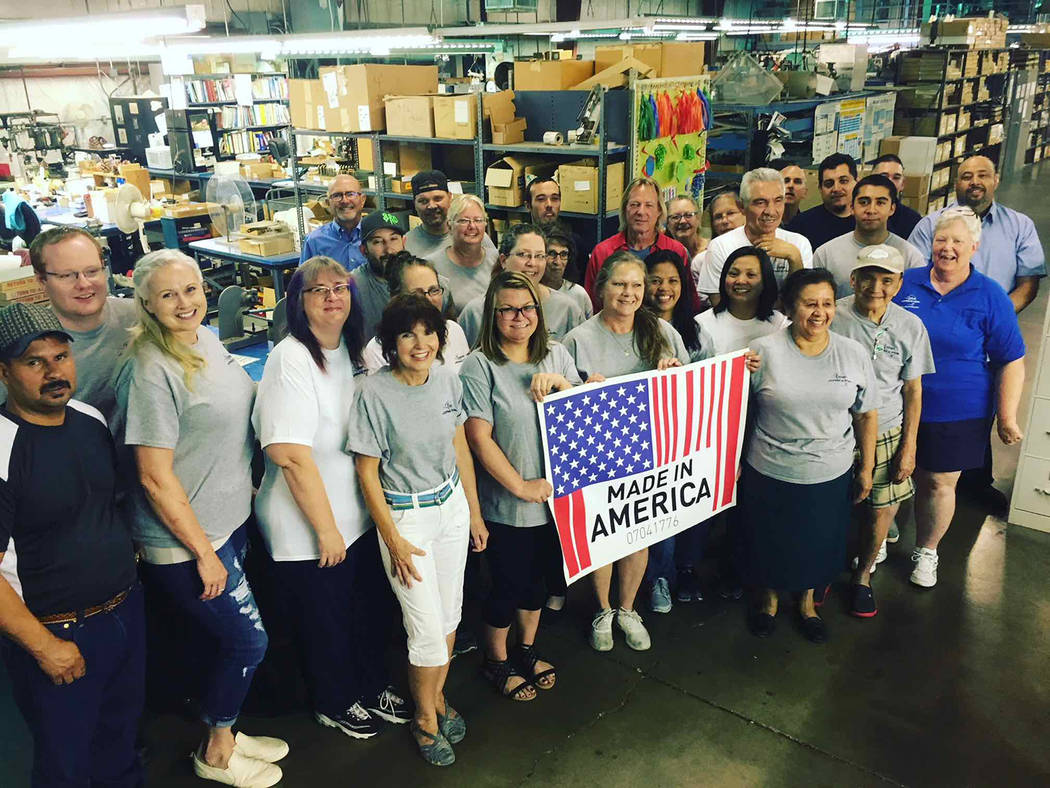 Fisher Space Pen, a family-owned Boulder City business, will participate in the third annual Made in America Product Showcase on July 15 at the White House.

The iconic Astronaut Space Pen, created by Paul C. Fisher, has flown on every manned space mission since Apollo 7 and recently celebrated the 50th anniversary of its maiden flight.

“We are grateful and excited for this opportunity to showcase the revolutionary Fisher Space Pen products,” said Cary Fisher, president of Fisher Space Pen and son of Paul C. Fisher. “Our products are a symbol of American ingenuity and technology. They are made in America but are known and loved all over the world and in space.”

Businesses from each of the 50 states have been invited to display their products made and produced in the United States.

“We are excited to once again host businesses from all 50 states at the White House to highlight and celebrate American-made products,” a White House official said. “In today’s booming economy, President (Donald) Trump and his administration are proud to tout businesses that create jobs and support our local communities.”

Today and through Sunday, July 14, the Boulder City Police Department and its regional partners will be on an increased lookout for speeding drivers on the local roads.

“Some of the most horrific crashes I’ve encountered as a law enforcement officer have been due to speed,” said Boulder City Police Chief Tim Shea. “Our officers have pulled over drivers on I-11 driving more than 100 miles per hour, which could have deadly outcomes if the vehicle collides with another.”

The police department received a $42,500 grant from the Nevada Department of Public Safety, Office of Traffic Safety to support participation in “Joining Forces” traffic safety campaigns during the year.

On Monday there was a 28-minute power outage in town, caused by a failed primary cable.

Communications Manager Lisa LaPlante said approximately 150 residents were affected by the outage as was the hospital and fire station.

Boulder City Fire Chief Kevin Nicholson is urging residents to be cautious when using fireworks to celebrate the Fourth of July.

“The safest way for you and your family to enjoy fireworks is by attending a public firework display put on by trained professionals,” Nicholson said.

“Do not allow children to play with fireworks. They should be lit by adults and handled with extreme caution.” Sparklers can burn at temperatures of up to 2,000 degrees, which is hot enough to melt some metals.

“Safe and sane” fireworks do not shoot into the air or explode. It should be noted that all types of fireworks are prohibited on federal land, including Lake Mead National Recreation Area.

The National Fire Protection Association estimates that fireworks start an average of 18,500 fires per year, including 1,300 structure fires and 300 vehicle fires. Such fires cause an average of three deaths, 40 injuries and an average of $43 million in direct property damage.

To report illegal fireworks within city limits, call 911 or the nonemergency dispatch line at 702-293-9224.