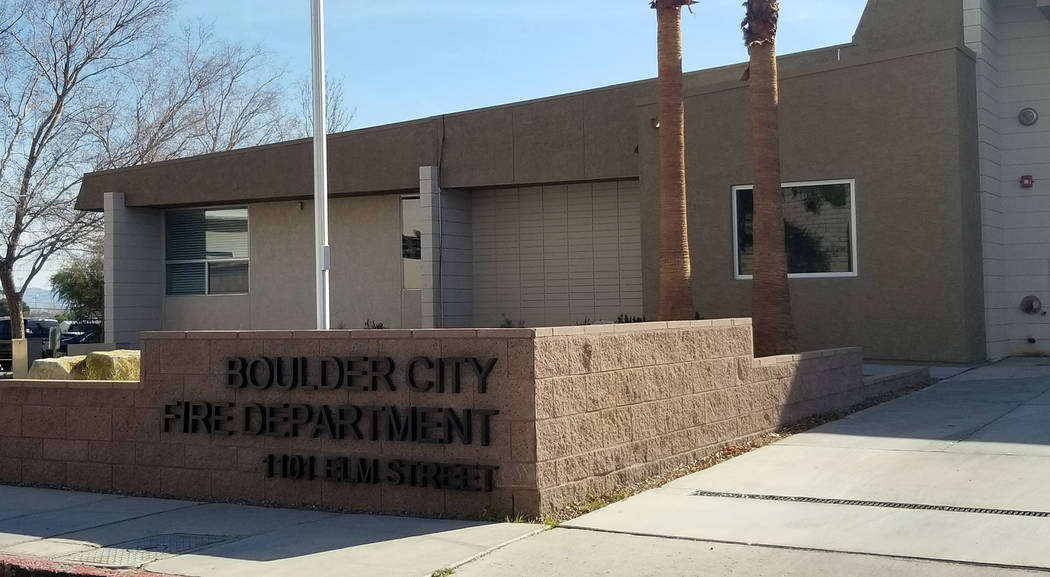 Communications Manager Lisa LaPlante said the city will issue a press release that day introducing him. He will be sworn in at Tuesday’s, Jan. 28, City Council meeting, according to the meeting agenda.

Gray is filling the position vacated by former Chief Kevin Nicholson’s sudden retirement in September. Nicholson led the department for 12 years and did not give a reason for leaving.

“I’ve been blessed to work with dedicated, brave men and women at the Boulder City Fire Department,” he said in a city news release. “The people in this community have been good to me and my family, and I’m proud to call Boulder City home.”

Nicholson oversaw 40 employees and established an Office of Emergency Management within the department.

Steve Walton has been serving as interim fire chief. He is also chairman of the Planning Commission.

According to Judge Victor Miller, Graham has been with the court for 24 years and has served as administrator for the past 12.

“She has been foundational in keeping the court moving in a positive direction and invaluable in our establishing our specialty court programs such as the Breaking the Cycle Rehabilitation Court,” he said. “She will be missed by her court family.”

Miller said the application period to fill her position will be open through Feb. 16. Until it’s filled, Graham’s duties will be split between senior court clerks Kelley Fulton and Pauline Hornyack as well as Miller, who will serve as interim court administrator.

Southern Nevada’s only faith-based not-for-profit hospital system awarded $25,000 to St. Jude’s Ranch for Children and $20,000 to Lend A Hand of Boulder City, which were among the more than $365,000 in grants awarded.

The Dignity Health Community Grant program has been awarding funds to local programs and organizations working to address the greatest health needs of the community for more than 20 years. The grants aim to help those programs that emphasize prevention, build upon existing services in the community and engage diverse community stakeholders.

Lend A Hand, which works to keep senior citizens and disabled residents in their home, will use the funds to help with its transportation program. The group provides rides to medical appointments and procedures, as well as other important errands, for its clients, 45% of which are 80 or older.

“Sharing Humankindness is a big task and we can’t change the world by ourselves,” said Holly Lyman, community health director for Dignity Health-St. Rose Dominican. “Our Dignity Health Community Grant Program allows us to work collaboratively with partners in our community who share our goal of improving the health of the vulnerable and underserved.”