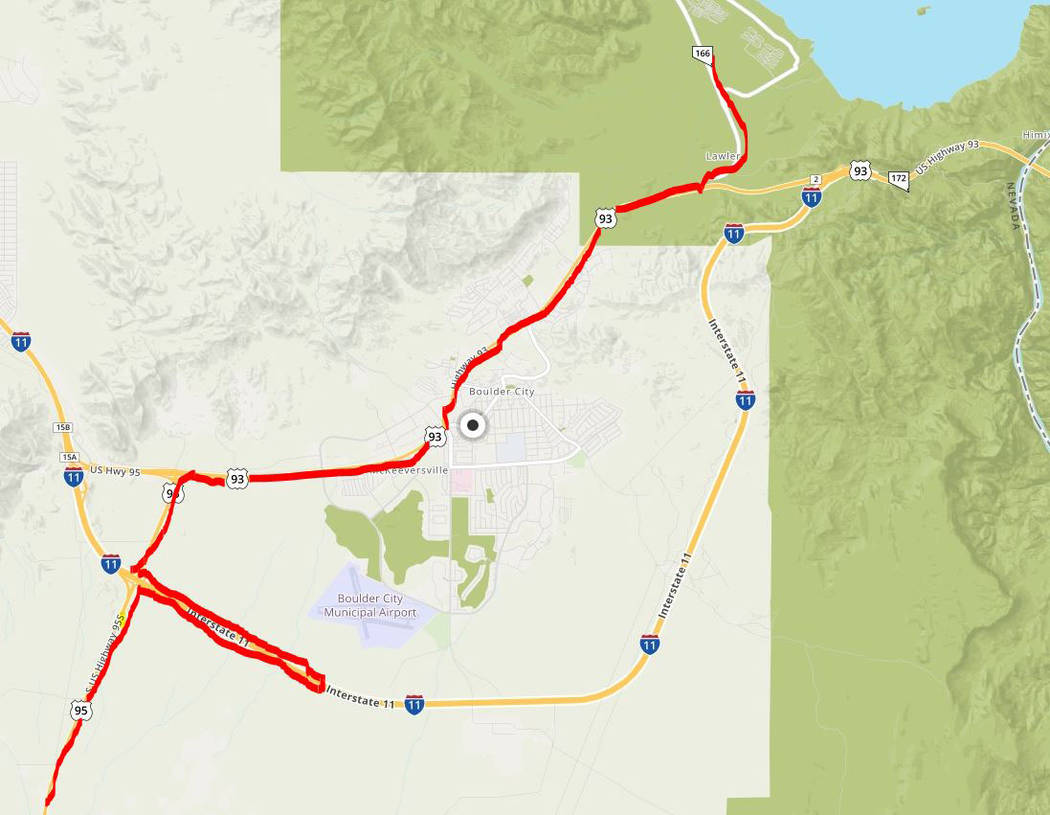 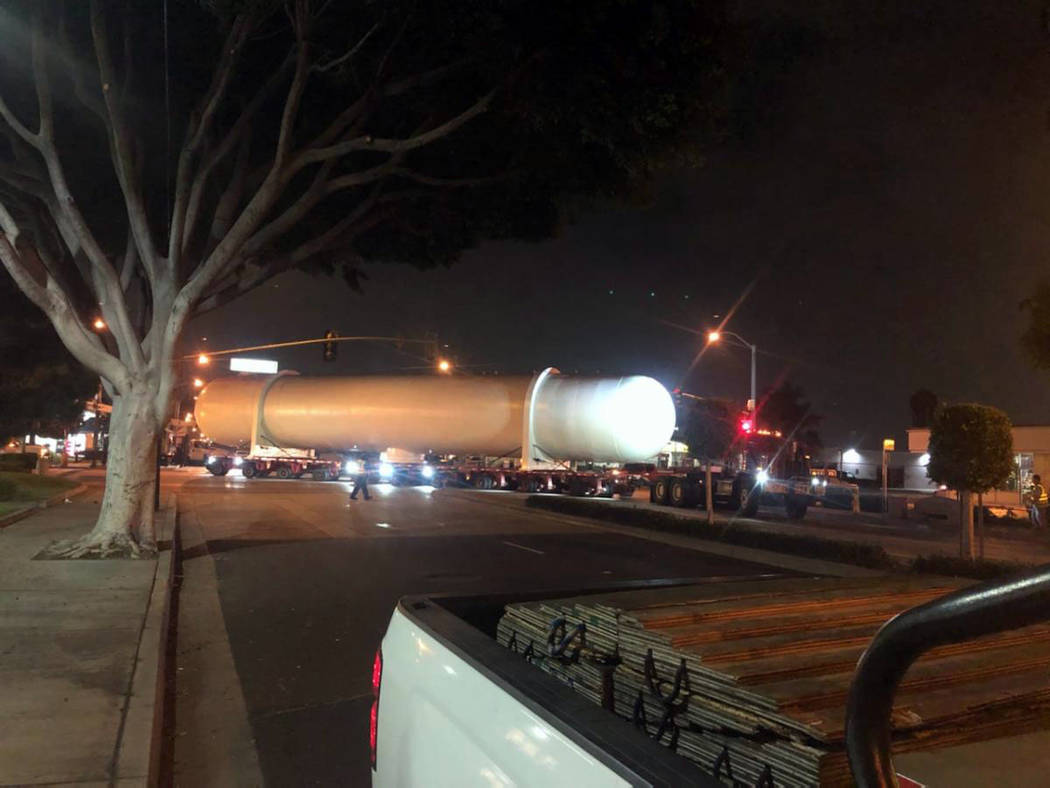 A large pressure vessel will be transported through Boulder City this morning, Feb. 6, as it nears the end of an almost 500-mile journey. The vessel looks like a large tank and is part of the Southern Nevada Water Authority’s low lake level pumping station.

It will then travel along Boulder City Parkway and turn left at Buchanan Avenue, continuing on to Lakeshore Road where it will turn left into Lake Mead National Recreation Area.

The Nevada Highway Patrol will be leading the way from Needles through Boulder City.

Boulder City Police Department is participating in a Joining Forces event to deter speeding; it continues through Monday, Feb. 17.

“We have seen a number of people treating the speed limit like a suggestion, but there is never a good reason for someone to speed,” said Chief Tim Shea. “Getting caught can be costly; fines can run hundreds of dollars depending on the offense. Not only is it costly — it is also dangerous. We’ve seen time and again the devastating impact these senseless accidents have on family and friends of victims.”

According to the city, the National Highway Traffic Safety Administration has estimated that it costs society $40 billion each year because of speed-related crashes.

On Jan. 21, Eighth District Court Judge Richard Scotti found Foutz guilty of trespassing and resisting arrest, both misdemeanors. He had been found guilty of the charges by Boulder City Municipal Court Judge Pro-Tem Margaret Whitaker on July 18, 2019, and was appealing them.

The charges came from a December confrontation in which Foutz refused to leave the veterans home in Boulder City after being told he had trespassed and must leave. Whitaker fined him $500 for each charge and sentenced him to seven days in jail with credit for time served.

Scotti upheld the $500 fine for each charge and seven days incarceration with credit for time served.