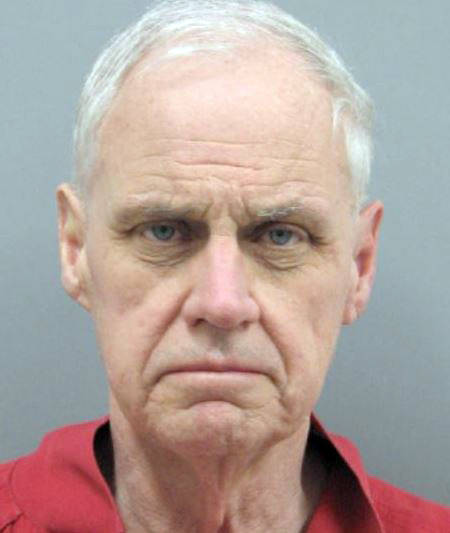 “With regard to my arrest at the (Nevada State) Veterans Home, I guess that’s Boulder City’s way of thanking me for my 35 years of volunteering at veterans health care facilities,” said Brent Foutz, a City Council candidate about his Dec. 4 arrest for unlawful trespassing and resisting a public officer.

Prior to moving to Boulder City, Foutz was a volunteer at a veterans health care facility in Salt Lake City, Utah.

According to the incident report of his arrest, Foutz refused to leave the Boulder City facility after several requests from staff and was “backed into a corner.”

After facility staff members told officers that Foutz’s presence was not wanted and being asked to leave by the police, Foutz stated the officers were “abusing his constitutional rights and would not leave.”

At the time, he also appeared to be on telephone with an area attorney, and Foutz said the interaction with officers was being recorded.

After several requests for Foutz to leave the premises and his refusal, officers warned Foutz that he would be physically removed and go to jail for trespassing. The report said Foutz refused to comply and then “lunged toward” the officer in a “violent manner” and began “screaming loudly.”

As officers tried to restrain him, Foutz “became more aggressive.” Even after he was handcuffed, Foutz “became dead weight and was refusing to cooperate,” according to the incident report.

He continued to remain “noncompliant” and “resistant” after being brought to the Henderson Detention Center, the report stated.

A pretrial conference for the two charges is scheduled for 3 p.m. March 12.

According to Boulder City Communications Manager Lisa LaPlante, the state is repaying the fire department $750,000 for Medicaid patients who received emergency ground transport to a hospital during the 2016, 2017 and 2018 fiscal years. Until this time, the city used money from the general fund to cover those costs. The repayment will be placed in the general fund of 2019-2020 revenues.

“Our existing mechanical cots are getting close to the end of life and potentially could lead to injury to a patient or firefighter if the cot is malfunctioning,” said Fire Chief Kevin Nicholson. “These cots will be safer for the patients as well as for the paramedics loading patients into our rescue units.”

“This is especially good news as these fulfill several strategies in the 2020-2025 Strategic Plan,” said Al Noyola, city manager. “Strategies related to achieving prudent financial stewardship, investing in infrastructure and sustaining a high level of public safety services are addressed. I greatly appreciate the fire department’s dedication to accomplishing these strategic plan goals.”

This week the city is interviewing eight finalists for the open Boulder City airport manager position.

Former manager Jennifer Lopez left in December to work for the Clark County Department of Aviation.

According to Boulder City Communications Manager Lisa LaPlante, there were more than 30 applicants and staff is interviewing eight candidates.

In her time at the airport, Lopez helped finish its master plan, improved the runway and started the process to install a control tower. She started working for the city in June 2017.

Work is underway on a waterline project that will service the solar fields in the Eldorado Valley, according to Lisa LaPlante, communications manager. The water is used mostly for cooling towers and to create steam for power generation.

Construction to create the redundant waterlines is being done near the Interstate 11-U.S. Highway 95 interchange.

The capital improvement project was approved in 2017 and construction bids were approved by City Council on June 12 and July 10.

The project is nearly a decade old, with the majority of the funding coming from Nevada Solar One in 2009. As part of the development agreement with the city, it was required to build or provide funding for a second water line. When the recession occurred, the project was put on hold, LaPlante said.

The pool will be open for adult lap swim from 6-9 a.m. An open swim session is scheduled from 1-5 p.m. The racquetball courts also will be open during those times.

All classes, with the exception of the 8 a.m. water aerobics, have been cancelled.