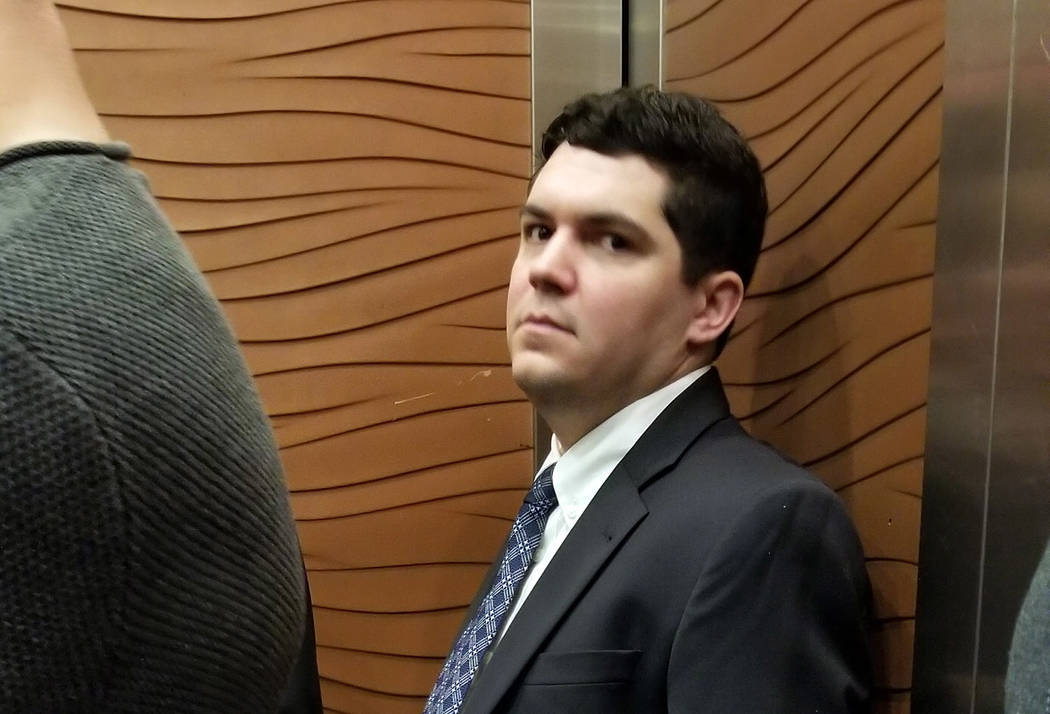 (Celia Shortt Goodyear/Boulder City Review) Joshua Buckingam was charged with the felony charges of second-degree murder and reckless driving after the sedan he was driving struck a pickup March 7, killing its driver, Randy Reiner, 58, of Las Vegas. His trial in Eighth District Court has been set for July 6. 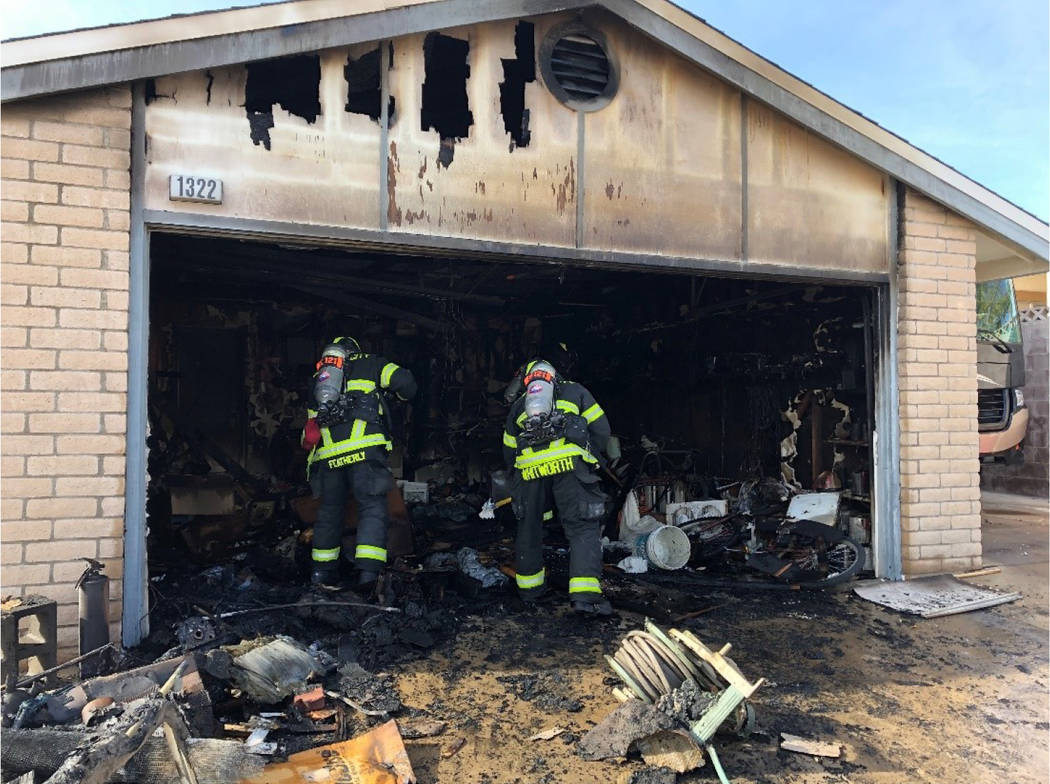 (Boulder City) The garage of the home at 1322 Esther Drive was destroyed by fire Tuesday, Dec. 10. The home was also damaged and one person was sent to the hospital with minor injuries.

House fire sends one to hospital

A Tuesday, Dec. 10, morning fire at 1322 Esther Drive destroyed the garage, damaged the home and sent one person to the hospital with minor injuries.

The Boulder City Fire Department responded to the fire around 10 a.m. and found the garage engulfed in flames. They were assisted by Henderson Fire Department.

One person had minor smoke inhalation and was taken to the hospital as a precaution. Another person and the pets that were inside the home escaped uninjured.

The garage was destroyed and the home had smoke and water damage.

“My heart go out to the resident, as the holiday season is an especially tough time to deal with a serious fire like this,” said City Manager Al Noyola. “Our firefighters immediately took action to ensure the public’s safety. Their fast action kept the fire from spreading throughout the attached home.”

Investigators believe a faulty lithium battery charger inside the garage sparked the fire.

A driver involved in a fatal crash on Boulder City Parkway in March will face trial after he rejected an offer to plead guilty to lesser charges in district court.

Joshua Buckingham was charged with the felony charges of second-degree murder and reckless driving after the sedan he was driving struck a pickup March 7, killing its driver, Randy Reiner, 58, of Las Vegas.

During the hearing, attorney Michael Giles with the Clark County district attorney’s office said the state’s offer was revoked because Buckingham was rejecting it.

Judge Valerie Adair asked Buckingham, who was present in court for the first time since his Aug. 1 arraignment, if it was still his desire not take the plea, knowing it would be revoked.

Adair scheduled his trial for July 6 with a status check hearing at 9:30 a.m. March 3 and a calendar call hearing July 2.

According to the indictment, Buckingham was traveling 90 miles an hour more than the speed limit in a residential area between 7-7:30 a.m. on a school day.