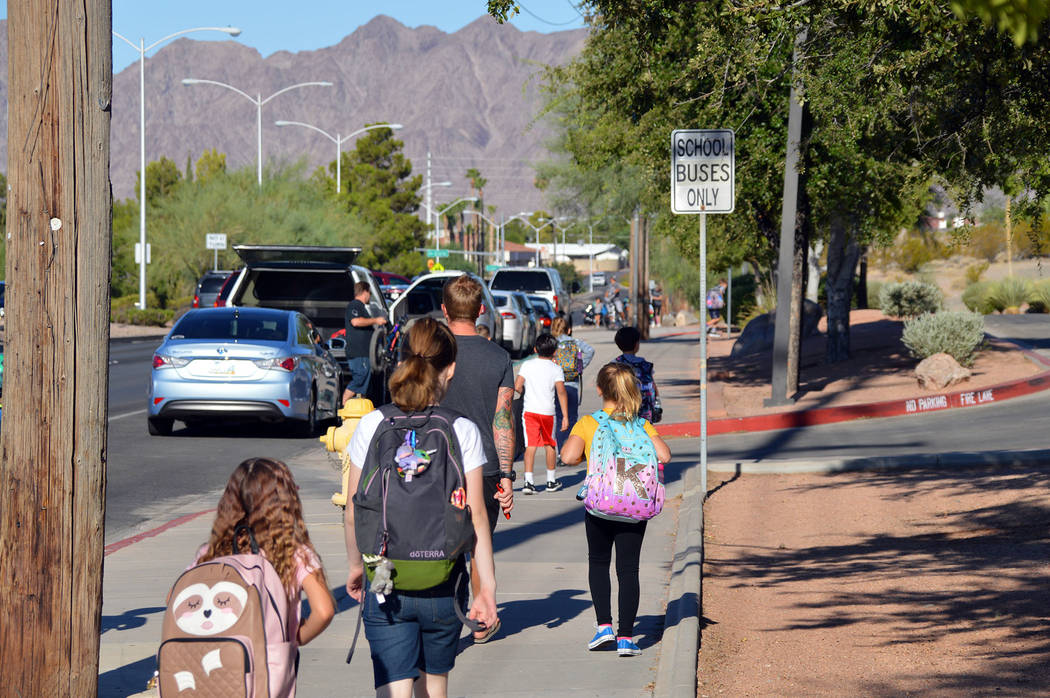 (Celia Shortt Goodyear/Boulder City Review) Students walk to school before class starts Tuesday, Aug. 20. The school zone signage recently changed to say the speed limit applies whenever children are present, which includes 30 minutes before school starts until 30 minutes after classes let out for the day. 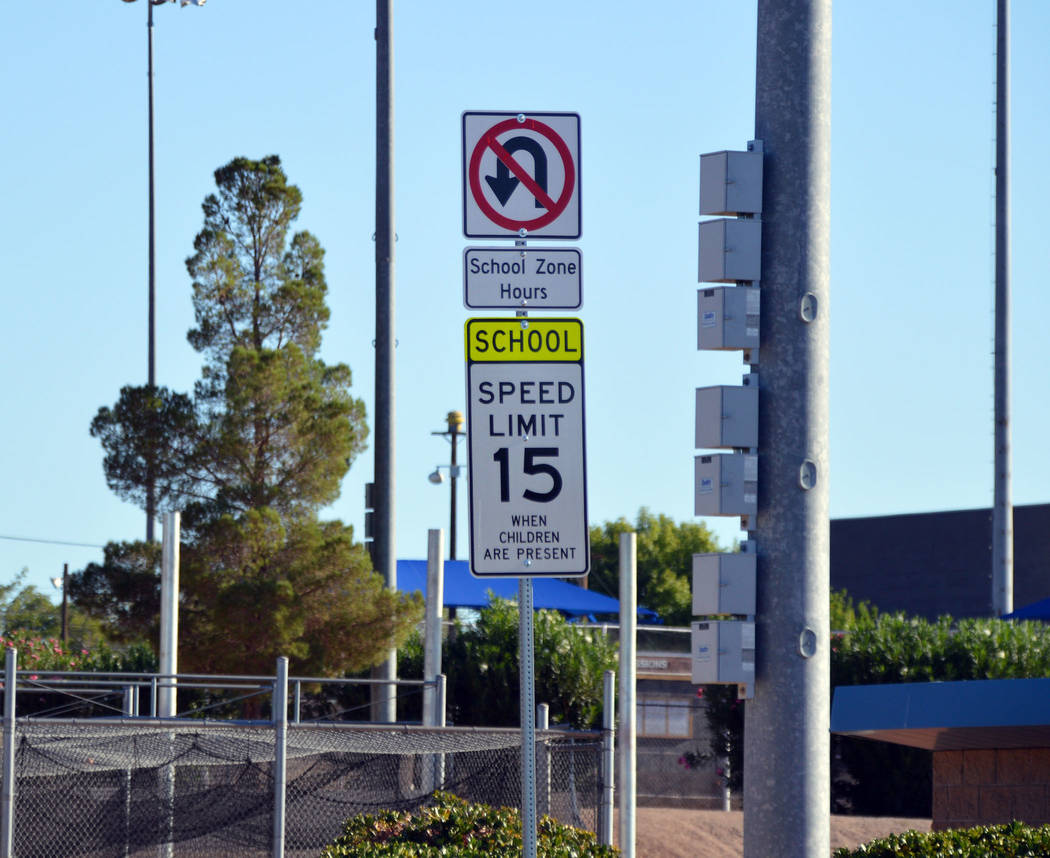 (Celia Shortt Goodyear/Boulder City Review) The new signage in the school zones in Boulder City enforces the 15 mph speed limit whenever children are present from 30 minutes before school starts until 30 minutes after classes let out for the day.

Recent changes to the school zone signage along Adams Boulevard have caused confusion as to when the 15 mph limit applies to drivers.

The new signage stretches from just beyond King Elementary School to Avenue G and says the slower speed limit applies whenever children are present rather than during school hours, which has caused some confusion about whether it is enforceable 24/7.

“If it is 30 minutes before the time schools begin, and until 30 minutes after school dismissal, the speed limit is 15 (mph) if you are driving in a school zone on a school day and children are present,” said Boulder City Police Sgt. John Glenn.

Glenn also said drivers must maintain the 15 mph speed limit through the entire school zone, not just part of it. They should not speed up when they pass children if they are still within the school zone.

Additionally, it applies if a child is on the opposite side of the street from the vehicle.

“If you are in a school zone and it is a school day, within the half-hour time frame, if you see a child on either side of the street it is an enforceable zone,” Glenn said.

According to Lisa LaPlante, communications manager for the city, the law did not change, just the signage.

Boulder City Public Works Department Superintendent Gary Poindexter said the new lights can be seen from farther away. He also said the city made these improvements to ensure the safety of children, parents, crossing guards and motorists.

These improvements cost approximately $27,000 and were paid for out of the city’s public works street operations budget.