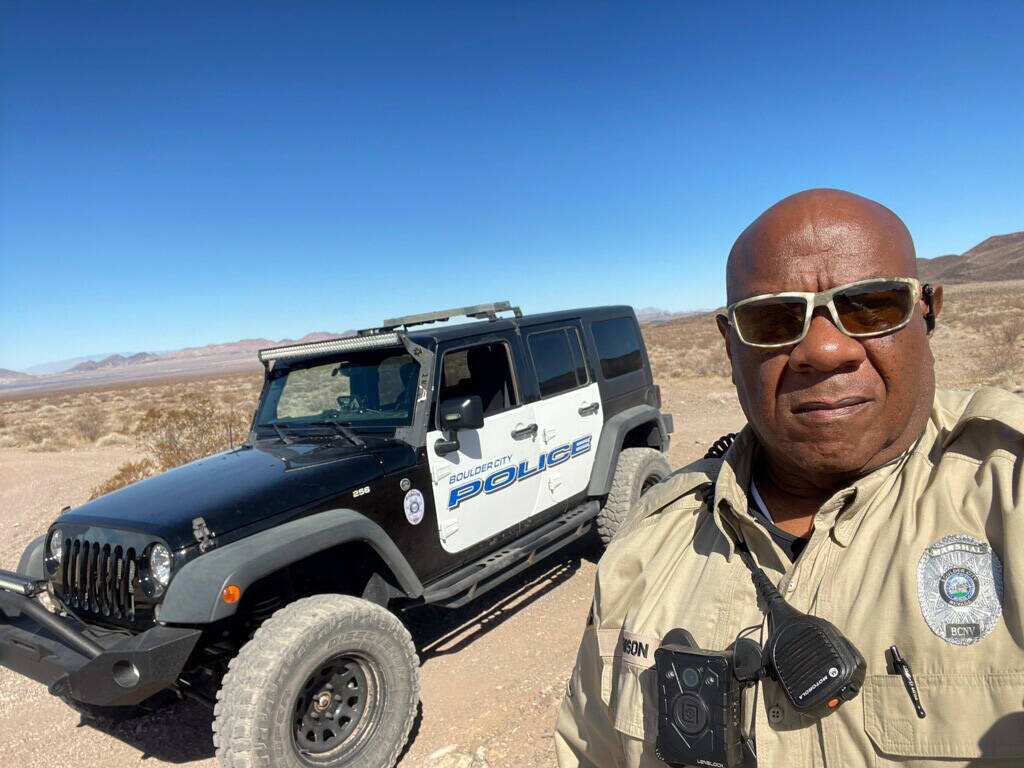 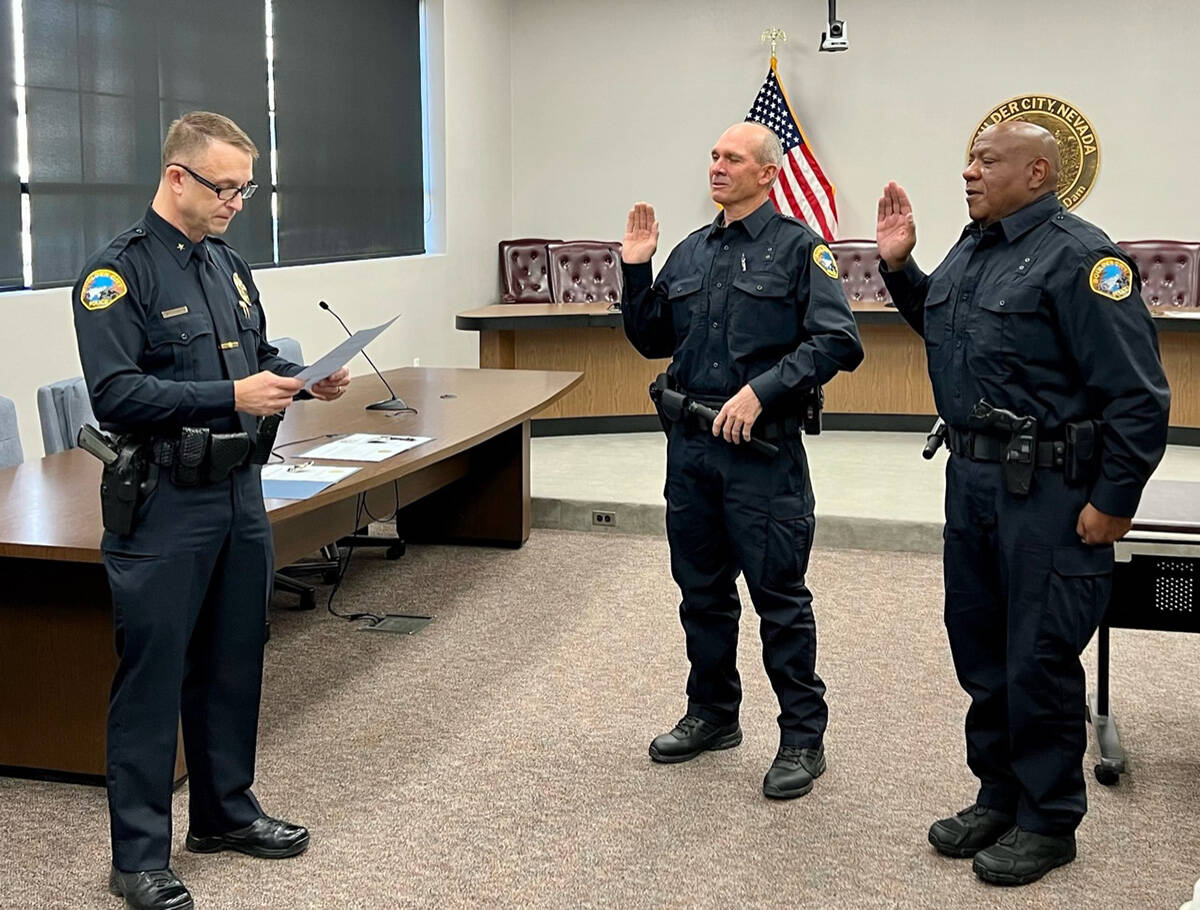 In January, the police department hired Chuck Harvey and Derrick Pearson, both retired police officers from the Metropolitan Police Department in Las Vegas, to work part time enforcing the rules and regulations in the Clark County Conservation Easement in Boulder City as well as educating the public about it.

“Since I’ve been doing it, it’s been the dream job. … Not only am I a police officer, I’m four-wheeling and educating the public,” said Pearson.

Harvey said he also enjoys spending time in the desert, devoting many hours to competing in off-road motorcycle races.

“I like going out in the desert, riding and racing, so thought it would be a good fit. … I get paid to do something I enjoy doing,” he said. “I also care about the desert and do a lot of cleaning up out there.”

“They are seasoned police officers,” said Boulder City Police Lt. Vince Albowicz, who helps supervise the desert conservation program. “They have a lot of experience.”

Harvey and Pearson’s responsibilities used to be covered by a Boulder City Police officer, but a new partnership with Clark County allowed their positions to be created. Albowicz said they will increase efficiency within the department’s budget because the money for their positions is provided by the county.

“By creating those two marshal positions we were able to put that … (officer) position back into the city,” said Albowicz. “We’re able to meet everyone’s needs.”

Pearson started working as a public safety officer in 1987 at the University of Delaware. He came to Las Vegas in 1993 and worked as a reserve police officer in Boulder City after he graduated from the academy. From there, he started working with the Clark County Park Police and then the Sheriff’s Civil Bureau, which was eventually taken over by the Metropolitan Police Department. He retired from Metro in January right before starting his work as a desert conservation marshal.

He said his favorite part of the job is being outdoors and seeing the wildlife and the mountains.

“It just puts you in a different place. … Out there in the desert, it’s just very peaceful,” he said. “A lot of the people out there want the same thing.”

He said he still spends a lot of time in the desert when he’s not working because he enjoys it so much.

“Me and my wife are avid campers,” he said. “We bought an off-highway vehicle and we go jeeping on a constant basis.”

Harvey also spends a lot of time in the desert in his spare time, and said his favorite part of the job is just being out there and seeing the wildlife as well as talking to off-roaders and telling them where they can legally ride.

Like Pearson, Harvey was a reserve officer in Boulder City at the beginning of his public safety career. He then went to Metro, where he worked until 2017 when he retired. While with Metro, he worked as motorcycle officer and did search and rescue in the desert.