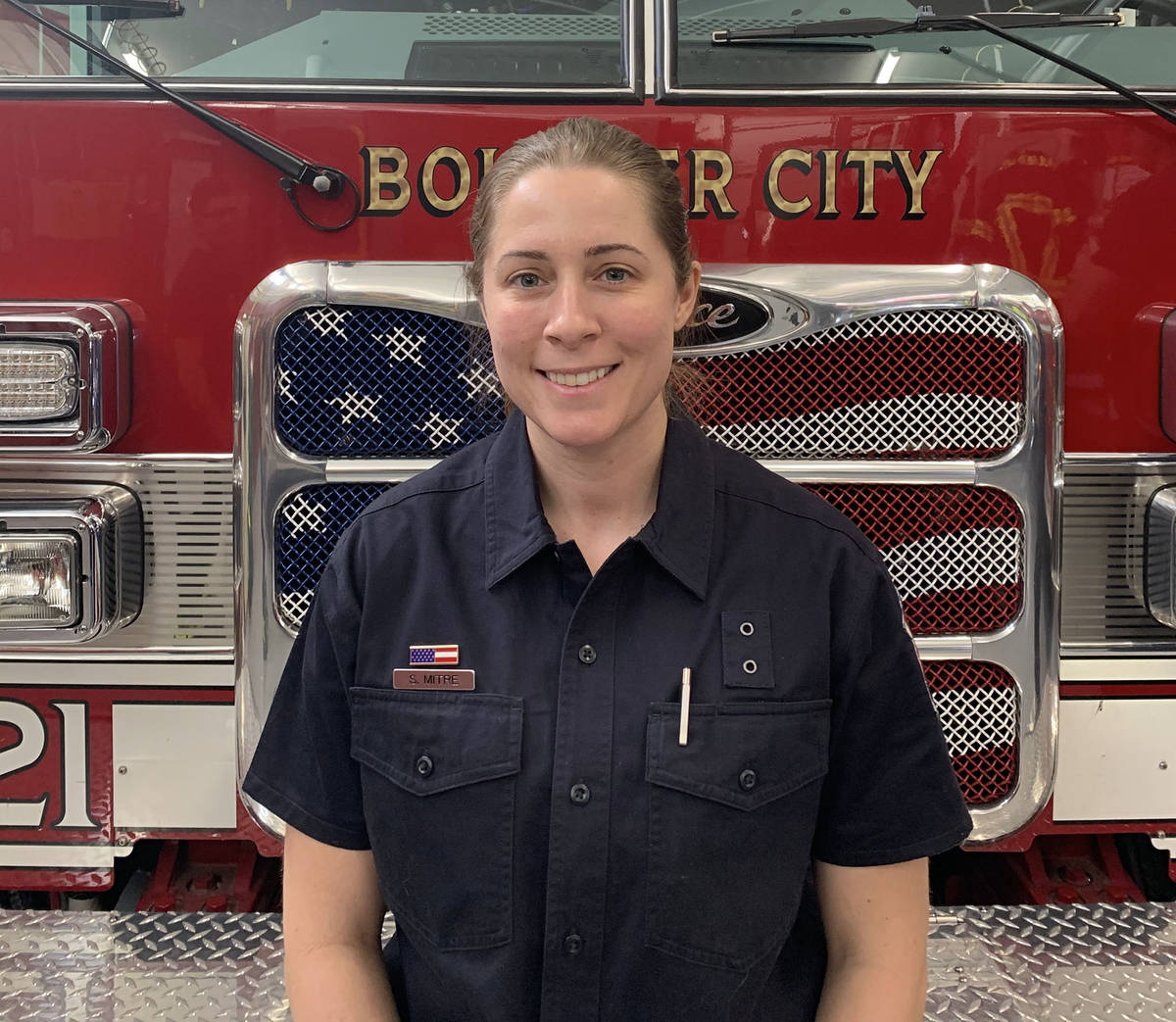 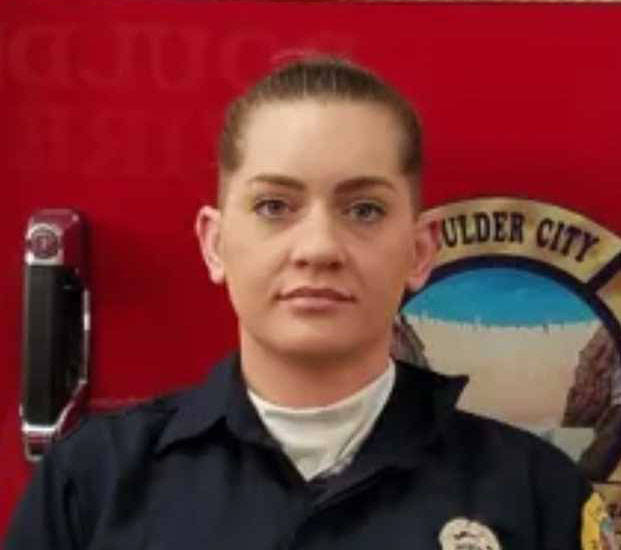 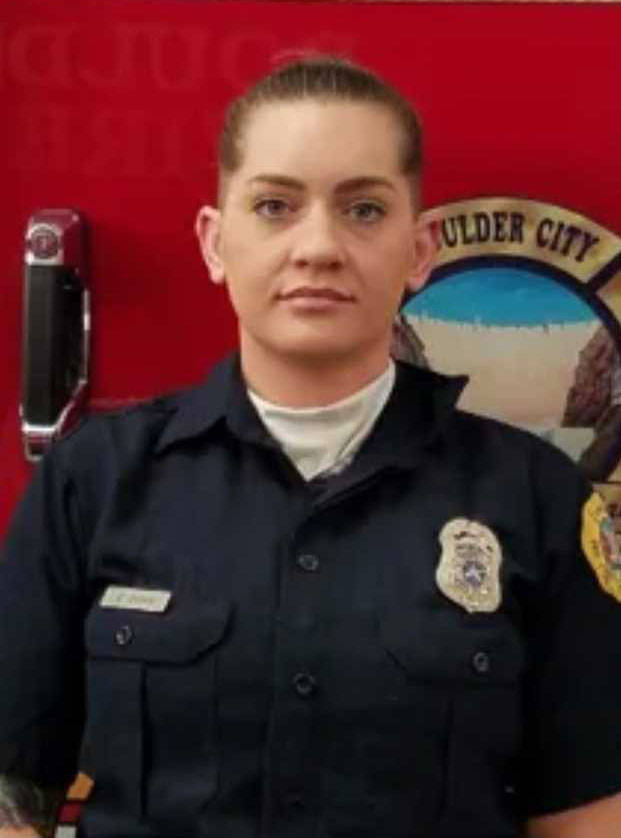 “You just feel like one of them,” said Sarah Mitre about the Boulder City Fire Department. “I really appreciate that. I want to be a firefighter, not a female firefighter. I don’t want to be any different.”

Mitre and Casey Jones were members of the 2020-2021 class of the fire department’s reserve program fire academy.

The reserve academy provides training for men and women who want to become firefighters. Once completed, the reserve firefighters are able to work several shifts per month at the Boulder City station.

“Three years ago I would have said, ‘No, I don’t want to go into fire,’” said Jones. “Boulder City has absolutely changed that.”

Jones works in emergency medical services for Community Ambulance and joined the Boulder City Fire Department several years ago as an EMT. She said she was then encouraged to participate in the fire academy.

“The best partners I’ve had are out of Boulder City. … I like the fact that there are things to learn and they want to teach you,” she said.

She said she also appreciates how she is treated by her colleagues at the fire department.

“It’s a lot like my small hometown,” said the native of Helena, Montana. “They’re all like family … but they still challenge you.”

She said she has never been treated differently by them because she is a woman, unlike at her other job.

Jones said a lot of people she works with on ambulances don’t know she is a trained firefighter and treat her as if she doesn’t know what she is doing or they don’t trust her to do it.

“Boulder City was never like that, and that’s one of the things that drew me to it,” she said.

At the beginning of the reserve program, Mitre was chosen by the cadets to be their class leader.

Deputy Fire Chief Greg Chesser said the person is chosen based on the leadership traits expressed during their interviews.

“Following the 15 interviews and selection of nine candidates, it was unanimous that Sarah (Mitre) was selected as class leader,” he said in a press release. “During most academies you may change class leaders during the training for several reasons, mostly related to failure to lead. During the 16-week program, she never faltered with her duties in leading that team.”

Mitre said each member of the fire department supported her, made sure she was OK and held to her to the same standards as everyone else.

“I’ve never felt like being a woman has hindered me,” she said.

Those who participate in the reserve firefighter program must have valid Firefighter I and EMT certifications. Each participant is also required to work at least two shifts a month at the station during training.

Since they are reserve firefighters, Jones and Mitre have other day jobs, but both said they would like to join the fire department full time if the opportunity presents itself.

It’s a career that Jones said young girls should consider.

“Don’t be afraid to try it. You will have to push yourself far past anything you think you can do, but it’s worth it. It is the most fun I’ve had working, and it is a second family, not just some job,” she said.

Mitre, who works as a clinical coordinator at a fertility center, has a 7-year-old son and has lived in the Las Vegas area since she was 14 years old.

Jones and her husband have two daughters, ages 15 and 12, and has lived in the area for eight years.