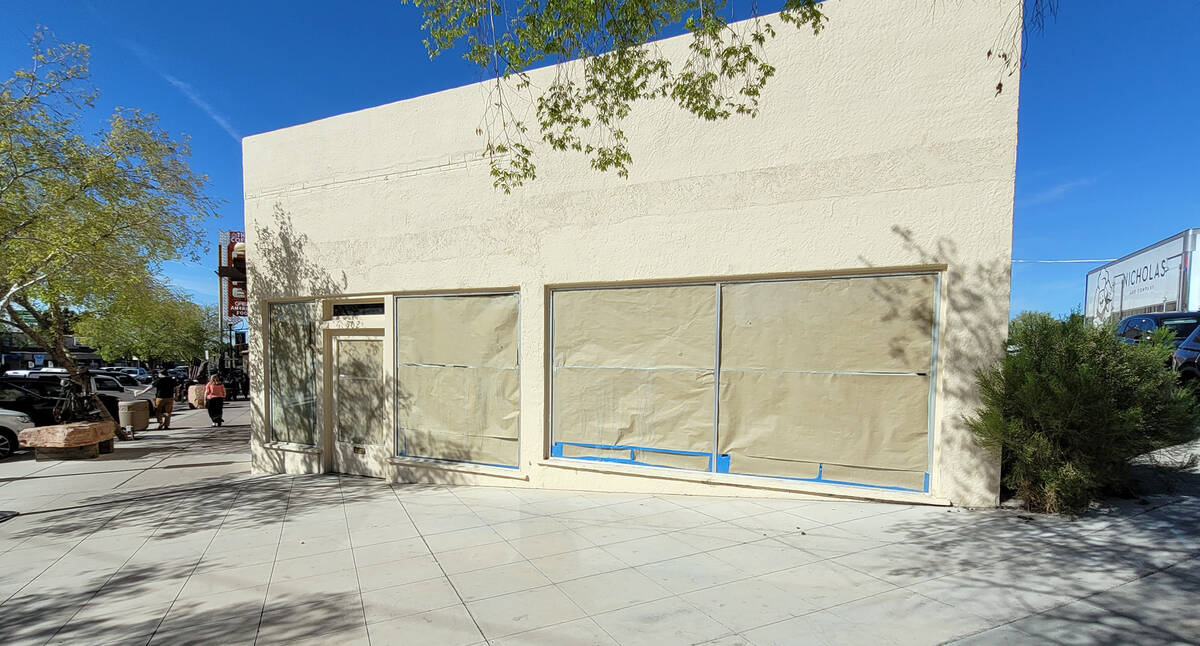 Celia Shortt Goodyear/Boulder City Review James and Rebecca Hughes are planning the northeast door at 502 Nevada Way to be the entrance to the bar and restaurant portion of Hangar 502. 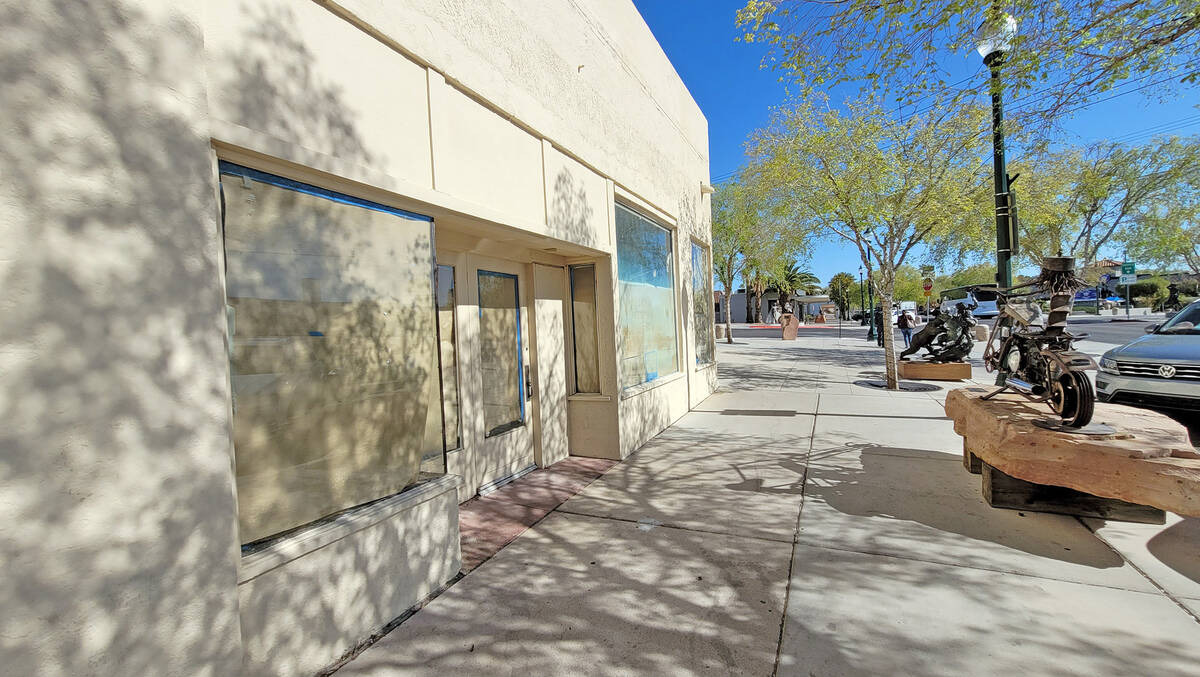 Celia Shortt Goodyear/Boulder City Review James and Rebecca Hughes are planning the Nevada Way entryway at 502 Nevada Way to be the entrance to the deli part of Hangar 502.

Boulder City James and Rebecca Hughes are planning to create Hangar 502, a United States Air Force themed deli, bar and restaurant at the site of the old flower shop at 502 Nevada Way.

A local couple is looking to give an old building in Boulder City’s historic district new life as a place to eat, drink and hang out.

Residents James and Rebecca Hughes recently purchased the former flower shop at 502 Nevada Way and plan to turn it into Hangar 502, a deli, restaurant and bar.

Their plans were presented to the Historic Preservation Committee at its March meeting for a preliminary review.

“It’s nice to see something is happening at that building down there,” said Glenn Feyen, historic preservation committee member, at the March 22 meeting. “I know that it’s not a contributing building, but it looks like with the plans … it’s kind of trying to give back a little reflection to match the rest of the old architecture in town. That’s a good thing.”

Despite being an older building, the Hughes’ property is not one that contributes to the historic district’s sense of time, place and historic development. They are still planning, however, to install historic design elements on the building, including a portico and awning.

“The city and committee have been amazing from the start. … Getting a “soft” approval last night (March 22) felt great,” said James Hughes. “We now have a direction and plans to submit for final review and get started.”

James Hughes said his wife had always wanted to open a deli and the idea for their new business began there.

“We love Boulder City,” he said. “We’ve been (Las) Vegas residents for over 20 years. … We stopped in town one day after going to the lake and saw the shop and thought that a deli could be there.”

He said they contacted their business partner, Martin Toumaian, who is a commercial real estate agent and bought the property soon after.

“Our goal was a deli first,” said James Hughes. “That was our first intention. Once we got everything cleared out. … We realized it was larger than we thought and wondered what else we could do in the space.”

They came up with the idea for Hanger 502, a United States Air Force themed bar and restaurant on one side and a deli on the other.

Everything will be under one roof, but there will be two entrances people can use. The deli entrance will be the door on Nevada Way and the bar will be on the northeast-facing wall. There will also be a deck on that wall.

“The whole building will be Hanger 502. … We just want to have a safe place for people to come hang out and enjoy good food and drinks,” said James Hughes.

Hangar 502 will also highlight his 20-year career in the United States Air Force. He retired in 2015 as a master sergeant.

“It will replicate an Air Force hanger and will have combat and search and rescue memorabilia on the walls,” he said.

The Hughes hope to open the business on Veterans Day.

“It’s going to be extremely difficult based on where we are right now, but we are going to work for that goal,” said James Hughes.

Currently, they are waiting for final approval from the city as well as finalizing contractor bids and securing funding.

The Hughes have lived in Boulder City since November.