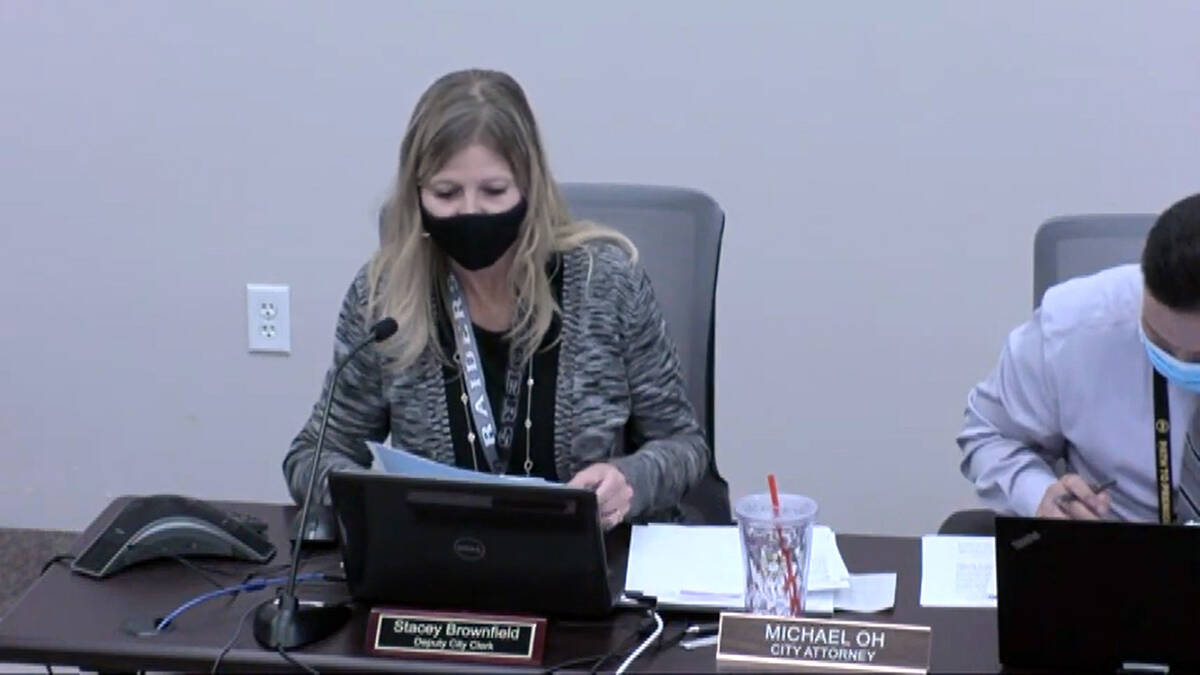 In June, Stacey Brownfield started as deputy city clerk. She took over for Tami McKay, who was appointed to the city clerk position.

“Ms. Brownfield has the education and experience directly on point for the deputy city clerk position,” said McKay. “She has demonstrated her professionalism and has provided service skills that enhance public access to the City Clerk’s office. We are fortunate to have her on our team.”

In her career, Brownfield has worked for the Clark County School District and the city of Henderson.

“My career started in public health,” she said. “I worked for a physician and then moved on to a position with the Department of Public Health and Human Services. Later, I changed my focus toward local government. My background includes experience with public meetings, elections, city records and passports.”

She said her goal in her position in Boulder City is to “serve and represent the citizens and the city to the best of her ability.”

“I have always loved Boulder City and I had the pleasure of working in Boulder City in the past for a physician,” she added. “I felt like it was time to leave the hustle and bustle of the bigger cities behind and wanted to connect with the community. Boulder City is a one-of-a-kind gem. I enjoy the small-town atmosphere, the quaint community and the citizen engagement.”

Brownfield said she enjoys spending time with her family when she isn’t working.

“My son is 10 and plays on a travel baseball team,” she said. “He keeps us busy with sports. My husband is in public service as well. He works for a local utility company. I also enjoy volunteering at my son’s school on Fridays. We have three dogs named Levi, Louie and Lollipop, Poppy for short.”

Brownfield worked as the assistant city clerk for the city of Henderson and was part of a recent investigation into the leadership of that office. According to the report from the investigation, Brownfield was found to have violated the city’s nepotism and supervisory conflicts of interest policy by failing to disclose that a job candidate lived with her at one point. Brownfield did not directly make the hiring decision but provided direct supervision of the employee at times, according to the report.

“I resigned during a tenuous time in the office,” she said. “I do not agree with the findings of the investigation and was not given an opportunity to defend myself.”